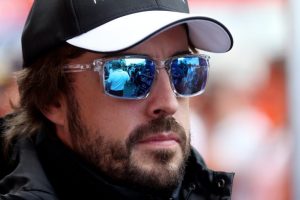 Fernando Alonso will start next weekend’s Indianapolis 500 from 26th on the grid after Saturday’s qualifying at the famous Brickyard.

The 39-year-old is back at the hallowed oval this month, taking part in his third attempt at the Indianapolis 500.

The double F1 World Champion needs the Indy 500 win to become only the second man in history to secure motor racing’s Triple Crown: winning F1’s Monaco GP, the 24 Hours of Le Mans, and the Indy 500.

While an engine failure put him out of the 2017 race, last year he failed to qualify in what was a wretched month of May that started with a practice crash and ended with the 34th best time in qualifying. Only the fastest 33 go through to the race.

This year Alonso avoided any chance of that happening as only 33 drivers entered the 2020 event.

The Spaniard lined up with his rivals on Saturday in hot conditions to book his slot on the grid, perhaps even make it into the fastest nine.

It, however, wasn’t to be with his sole qualifying run delivering a four-lap average of 228.768mph.

“Did not have the speed on qualy trim either yesterday or today but happy with the run,” he tweeted on Saturday.

“Some interesting people around our position.”

Did not have the speed on qualy trim either yesterday or today but happy with the run. Some interesting people around our position ?‍♂️?! Always very intense 4 laps at @IMS ! Now…one day less for the big one, race car felt good ?! Next Sunday #indy500 pic.twitter.com/c2HeNydZN3

Speaking to NBC after qualifying, the double F1 World Champion said he believes his No66 Ruoff Arrow McLaren SP has better race pace than it showed in qualifying.

“I feel good,” he said. “Obviously we weren’t competitive enough for the top nine, so we wanted a solid run in with no lifts, no drama, and put the car in the show.

“We weren’t as quick as we wanted but we’ll work on the car. If we are at the back, we need a good car in traffic.

“I think we are better in the race than qualifying pace. We have reasonable [race] pace.

“We have more confidence. Ideally you want to start in front but let’s see how we go.”

This year’s Indy 500 will be Alonso’s last attempt at least for two years with his 2021 Formula 1 boss making it clear that the Renault returnee will not be allowed to enter the race while he is a Renault F1 driver.

“The very straightforward answer is I’m hardly breathing until next weekend that he is stepping out of his racing car from Indianapolis,” said Renault’s F1 MD Cyril Abiteboul.

“I can be very clear that once he is with us that is for good and for a while, so no distraction.”