Dr Helmut Marko: Max Verstappen may not keep his cool if issues continue 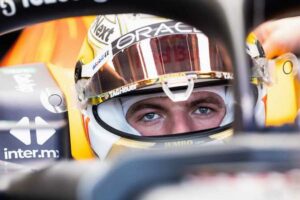 Dr Helmut Marko is bracing himself for a “timebomb” to go off if Max Verstappen suffers more reliability issues this season.

The Dutchman’s World Championship title defence has started pretty dismally after a fuel pressure issue saw him retire from the season opener in Bahrain and a fuel leak forced him to come to a shuddering halt at the Australian Grand Prix.

Sandwiched in between the two DNFs was victory at the Saudi Arabian Grand Prix, with the 25 points earned in Jeddah leaving Verstappen P6 in the Drivers’ Championship as we head towards round four at Imola this weekend.

Red Bull’s motorsport advisor, Marko, believes Verstappen is absorbing the early blows well – but is wary of the World Champion becoming more irate if Red Bull do not get a grip of their reliability issues soon.

“He is a lot calmer,” Marko told the Austrian broadcaster ORF.

“After his retirement [in Australia], he returned to the pit box and we discussed things calmly.

However, in this case, we knew we could run into that problem, because we also had to deal with that in qualifying, so it didn’t come out of the blue in that regard.

“He is an emotional and passionate driver who will always give his opinion. But, in my view, he is a lot calmer, calmer than in the past.

“If we don’t win again soon, then he is indeed a time bomb!”

Verstappen said after the Australian Grand Prix that he is already losing hope of retaining his World Championship title crown, with the gap to leader Charles Leclerc at a pretty chunky 46 points.

“At the moment, there is no reason to believe in it,” a dejected Verstappen said in Melbourne.

“We need to be faster than them [Ferrari], which we’re not.

“And have zero problems with the car, which we also don’t have.