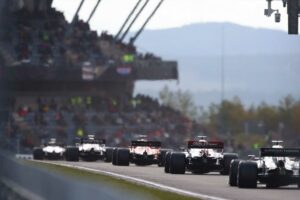 “I have the feeling that the organizers have no faith in themselves to host a Grand Prix anymore,” said Domenicali, when asked about F1 venues Hockenheim and the Nurburgring by European media outlet Sport Bild.

Domenicali compares the German organizers’ reluctance with those in charge of the new and now highly popular Dutch GP at Zandvoort in the Netherlands.

“Just look at what happened in Holland,” Domenicali said. “Zandvoort is sold out for the next three years.”

It is believed that amid the ongoing uncertainty of the remainder of this year’s schedule, due to continued COVID-19 concerns the 2022 Formula 1 calendar will be released in a matter of days. Domenicali is eyeing a record 23 races next year. The series was planning on 23 this year, but pandemic-driven cancellations and postponements appear to leave F1 at no more than 22 races this year.

“I can imagine about a third of the races in Europe and the others around the rest of the world, starting in Bahrain,” he said. “We have requests from Africa and are negotiating in the south and the north, plus one or two places in the Far East—Korea, for example.”