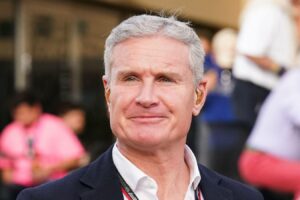 David Coulthard is sceptical whether Mercedes can make the strides they need with the W13 to challenge Ferrari and Red Bull this season.

Although Mercedes, who have won the Constructors’ Championship for the past eight years, sit second in the current title race, it is only because of Red Bull’s unreliability so far.

In terms of pace, it has been Ferrari just ahead of Red Bull. The Scuderia, with two victories for Charles Leclerc, are 39 points clear of Mercedes, with another 10 back to Red Bull whose cars have achieved only three race finishes from a possible six.

Mercedes have failed to ‘ace’ the much-changed regulations having created a ‘porpoising’ car, while there have also been suggestions their engine is not the force it was because their customer teams are also less competitive than might have been expected with the different E10 fuel.

Of course, when the rules have been rewritten previously, the pecking order has changed over the evolution of a season – notably when Brawn, the forerunner of Mercedes, won six of the first seven races in 2009 before their rivals could match them for pace, and by that point the titles were as good as in the bag.

However, Coulthard does not see Mercedes making the big leap required to transform their fortunes between now and the end of the campaign in November – especially as they will not be the only team figuring out how to make improvements.

“I think what’s happened is there has been a number of changes to the rules and regulations, fuel has also changed, it seems like the Mercedes package hasn’t actually responded to that as well as Ferrari, Honda, Renault, and of course Ferrari are right out front,” said the Scot on Channel 4.

“But I think this will be a long, hard season for them.

“I totally accept they’ve got a different group of people there that can help develop that car but nobody else stands still, that’s the problem they have.

“So they have to take not baby steps, they need to take a massive step forward, and in my experience that never happens during a season.”

Mercedes’ motorsport strategy director James Vowles said in the team’s debrief of the Australian Grand Prix they are aware their rivals will also be rolling out updates.

“When we get back to the European [phase of the] season teams would generally bring more performance upgrades, and I suspect you will see an evolution of our competitors and we need to make sure we at the very minimum keep up with that,” stated Vowles.