Daniel Ricciardo imagines a career without a World title 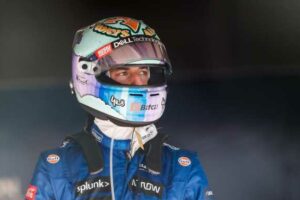 While he still holds on to hope of winning a World Championship, Daniel Ricciardo would still be “extremely grateful” for his F1 career if it ended without silverware.

Ricciardo has made no secret of the fact that his main motivation is to win the title before he calls it a day in Formula 1 and he has been able to display strong evidence over the course of his career to suggest he could be a legitimate World Championship contender given the right tools.

He said that title ambition remained the same after making the move to McLaren ahead of the 2021 season, but the more immediate focus has been needing to adapt to his tricky-to-drive MCL35M.

Asked to envisage a scenario where he would retire from the sport without a World Championship title, Ricciardo said: “I’ve never been asked that question because the truth is I race because that is what I want to do.

“I want to be World Champion and I’ve never said I race to make up numbers.

“I think I would still do it because you still have the chance to win races and still have some highs for sure.

“But I think if it ended for me today, obviously I’m not world champion, I’d still look back on this journey and be extremely grateful for it.

“I’ve had some amazing experiences, many highs and I think just life experience as well.

“Being able to travel the world and do what we do.

“So yes, the big trophy is why we do it but we’ve taken so much more from it on our way to trying to get there and even if we don’t get there, I think we still have a lot of fulfilment.

“I guess the answer is I’d still do it.”

Ricciardo heads into the French Grand Prix P10 in the Drivers’ Championship with 26 points, 40 points further up is team-mate Lando Norris in P4, sandwiched between Sergio Perez and Charles Leclerc.