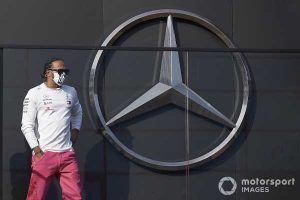 Lewis Hamilton added further fuel to Formula 1’s crazy 2020 driver market when he suggested at Imola last weekend that it was not certain he would race on next year.

At a time where there are question marks about what role Mercedes team boss Toto Wolff will take as he looks for a long-term succession plan, Hamilton suggested that it was not actually a given he would remain.

“I feel I would like to be here next year but there’s no guarantee of that, for sure,” he told media after the race. “There’s a lot that excites me of the after life, so time will tell.”

Hamilton’s comments fuelled talks that perhaps the most dominant partnership in F1 history could be about to end. But is it a realistic prospect that F1’s most successful driver could walk away at the top of his game?

Here we look at the background to try to uncover what is really behind Hamilton’s comments. 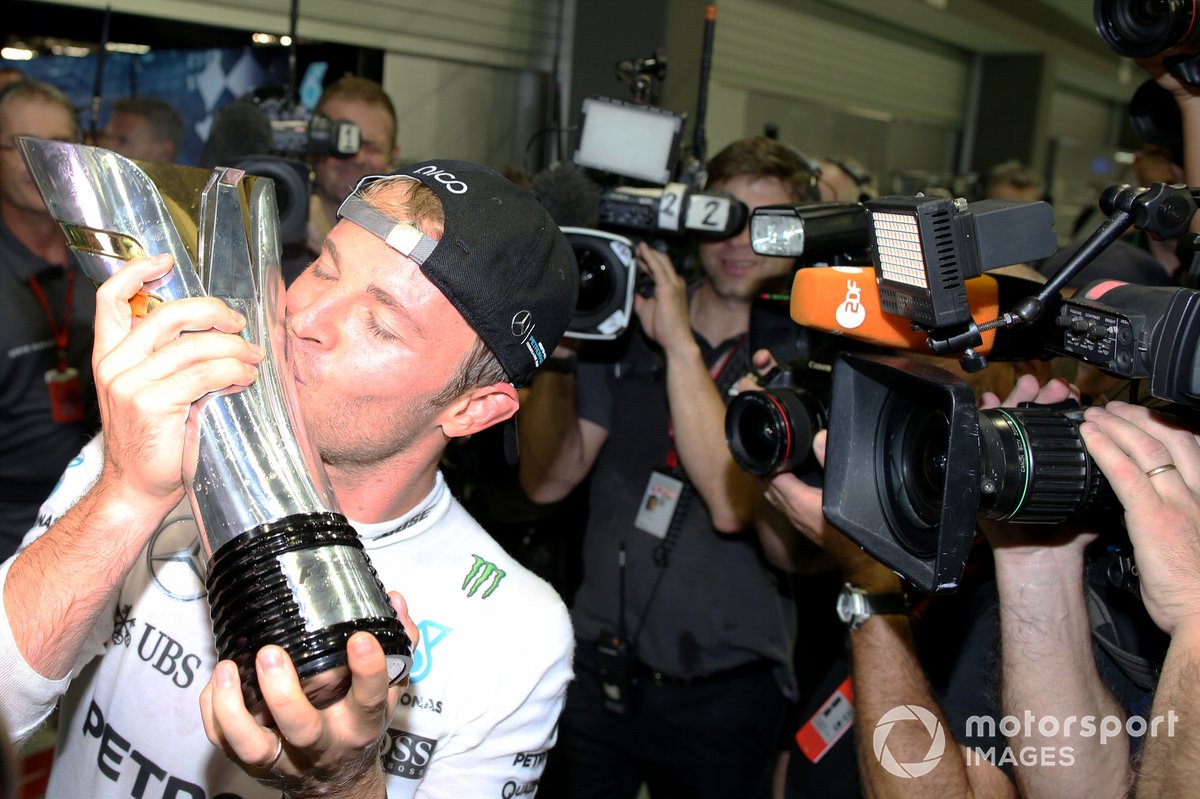 While some drivers are quite considered when it comes to making a decision on when to end their career, it is not unknown for even world champions to make snap calls on deciding that they want out.

Some have done that on the back of triumphant campaign, with Hamilton needing no reminder that Nico Rosberg shocked the world when he announced back in 2016 that he was quitting F1 just days after clinching the world championship crown in Abu Dhabi.

There have been times too where champions have quit immediately when things are not going their way.

James Hunt, the 1976 world champion, announced his retirement midway through the 1979 season after a disappointing start to the campaign with Wolf.

Niki Lauda, then a two-time world champion, went even further later that year when he informed Brabham after practice for the Canadian Grand Prix that he had lost interest in racing and quit on the spot.

Hamilton’s situation looks to be quite different though, for he is someone who appears happy with his on-track success and is revelling in the team atmosphere that has been built up around him at Mercedes.

He has just broken the record for the most grand prix wins in history, and looks all set to take a seventh world championship title this season – equalling the record set by Michael Schumacher.

With F1’s car rules staying pretty consistent between this year and next season, staying with Mercedes would automatically make him favourite to land an eighth crown – with the potential to take even more longer term. 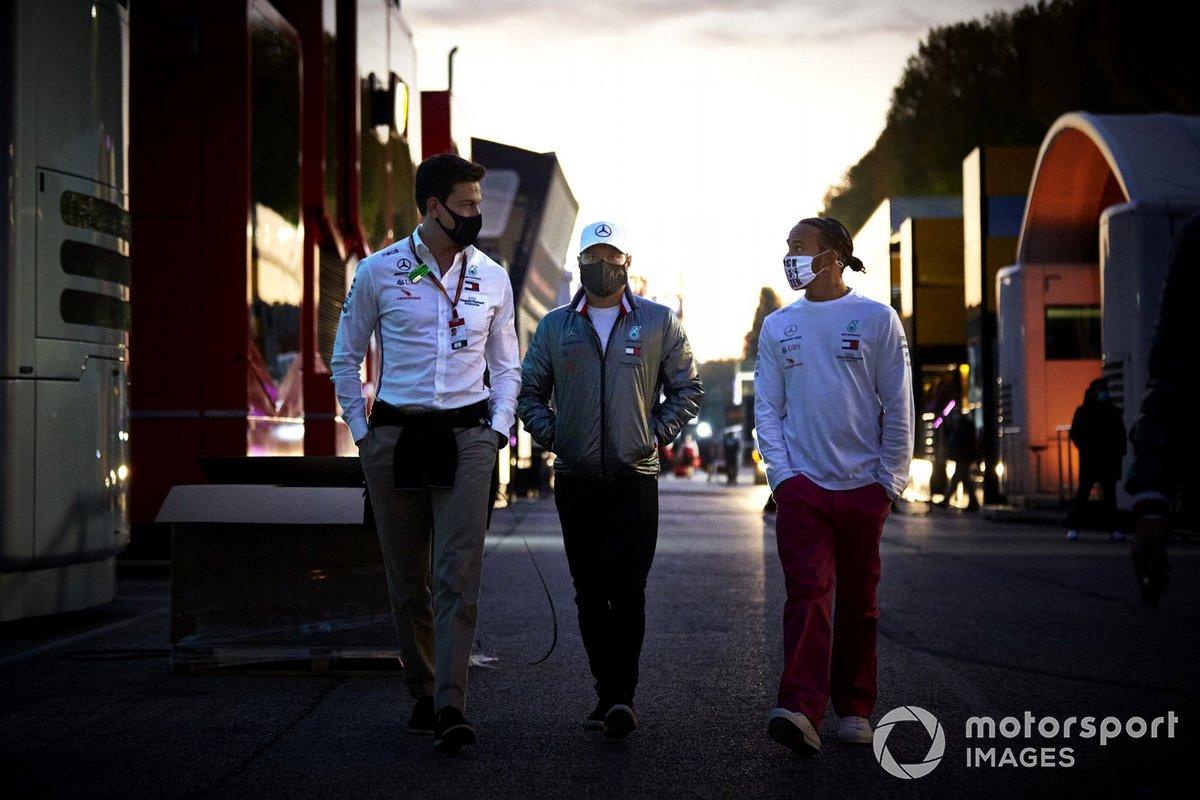 Part of the uncertainty surrounding Hamilton has been caused by the unclear situation regarding Wolff’s position at Mercedes.

Hamilton and Wolff have formed a very strong bond in recent years, and their futures seems quite closely linked.

Speaking at Imola, Hamilton said that Wolff’s ‘mentality, the balance of drive, compassion, understanding and ego’ have come together to create the best team boss you could have.

But Wolff has admitted in recent months to having been burned out by the intensity of helping turn Mercedes in to the most successful team in F1 history.

Having played an integral role in the restructuring of the squad in the early years after it bought Brawn, Wolff helped seize the opportunity offered by the turbo hybrid regulations to lead it to seven world championship titles from 2014.

But the run of success, and the increased challenge of having to stop complacency creeping in and fighting off renewed challenges from rivals, has taken its toll on him and he wants to step back a bit.

Having weighed up the idea of potentially taking another role in the sport – he was linked at one time to the job of F1 CEO – he in the end felt that he still had more to offer Mercedes.

But, equally, he knows he cannot keep his work load up to the level it has been in recent years; so he wants to prepare a succession plan.

Ideal for him is stepping into a more senior role at Mercedes, such as CEO or executive chairman, where he can still influence the team and offer his expertise, but without the need for him to attend 23 races per year and travel the world.

For that to happen, though, he will need to find a replacement team principal, and he does not want to step away until he knows there is someone he thinks can come in and do as good a job as he has. This could take a few years. 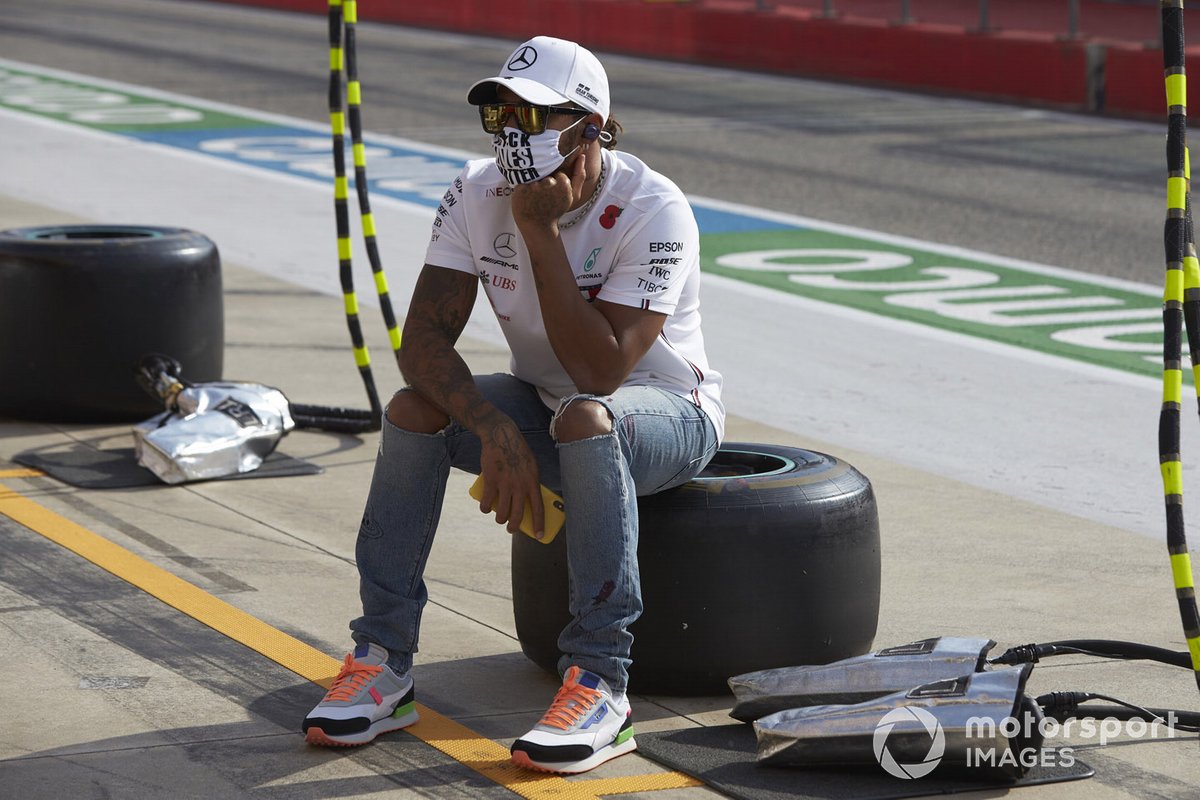 Lewis Hamilton, Mercedes-AMG F1, sits on a tyre in the pit lane

Wolff has kept Hamilton in the loop about his thoughts and plans, and has been transparent that his own future with Mercedes would not get sorted out until the world championships are settled.

So the holding back of Wolff finalising things has triggered the delay in sorting out Hamilton’s contract too; as neither team boss nor driver wanted talks to become a distraction as they push on in a particularly tricky season to nail both the constructors’ and drivers’ world championship titles.

At Imola, Mercedes did clinch the constructors’ title, with Hamilton all set to take the drivers’ crown perhaps as early as the Turkish Grand Prix.

And while not having your lead driver under contract by November may seem quite a strange scenario for a championship-winning team, in the past the contract talks between Hamilton and Wolff have been quite straightforward so they don’t need a long time to get sorted.

Hamilton’s most recent deal, which he signed in the middle of 2018, was done in a mammoth 10-hour face-to-face session with Toto Wolff. And after the deal was signed, they went out for a pizza.

This time around the situation will likely be similar; albeit that talks nowadays have added complications because of the need for social distancing. Wolff has repeatedly mentioned concerns about ‘contaminating’ a driver in the event of a get together.

So if the pair decide that face-to-face discussions are better than sorting things out on Zoom, then Wolff will want to ensure there is no risk of him accidentally passing the virus on to his driver and it costing him the championship.

Hamilton’s comments on there being ‘no guarantee’ of him remaining in F1 next year appear more just an acceptance that the truly unpredictable nature the world has faced in 2020 mean that there is no certainty for everybody.

But his ongoing brilliance on track, his run of victories, his love of being a part of a Mercedes team, and the close alliance he has built up with Wolff, all point to a man who is looking at breaking records than breaking rank and walking away.

For all the personal satisfaction he has got from his Black Lives Matter campaigning, the joy he gets from his clothing range tie-up with Tommy Hilfiger, his interest in music, and his desire to help the environment, he still appears very much a man who loves and thrives in F1.