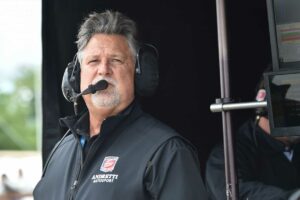 Coming off one of its best seasons in years, particularly with the emergence of three young new superstars—2021 champion Alex Palou, Colton Herta, and Pato O’Ward—it wouldn’t be surprising if IndyCar officials are suddenly having panic attacks.

The reason: One or more of the biggest young names that have helped the NTT IndyCar Series significantly increase its popularity and notoriety in the last two years could soon be gone, which obviously has series officials likely praying and saying “Nay, nay.” 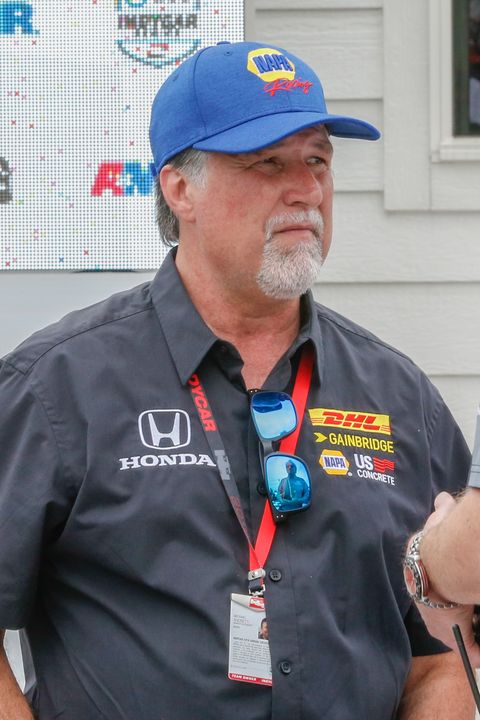 The reason: Herta and O’Ward are being frequently mentioned prominently in motorsports circles as potential candidates to move to Formula 1, with at least one of those possibly making the jump for next season (or both maybe residing in F1 for 2023).

Several recent reports have Herta jumping to F1 as early as next season, which are further embellished by reports that IndyCar team owner Michael Andretti is considering either buying a minority interest—or potentially a majority interest—in the Alfa Romeo (formerly Sauber) F1 team that could potentially be Herta’s new home.

According to a report by the UK’s Independent on Sunday, “Herta does not currently possess enough Super License points to qualify as an F1 driver, but has earned enough to potentially be given special dispensation to compete by the FIA.”

When Autoweek requested to speak with Andretti this week about the reports, it was told he would be unavailable. However, a statement from a team spokesperson provided to Autoweek was somewhat telling.

“Michael’s general interest in getting into Formula 1 is no secret,” the statement read. “He has racing in his blood and the team has looked at various opportunities over the years—be it NASCAR, sports cars, or F1. Should the right opportunity come along, we’d be all ears. But, until then, we have nothing new to report.”

Another statement issued last week added, “Our passion is racing, in all forms, and we never say never. Should a proper opportunity come along to take the Andretti name back to F1, we’d jump at it.”

Given that he would not be available to be interviewed for this story, could Andretti potentially be in Hinwil, Switzerland—Alfa Romeo Racing’s headquarters—this week, checking out things first-hand for himself? It would not be surprising if several European F1 media are staking out the place to see if they can get a glimpse of the American motorsports entrepreneur.

The son of legendary driver Mario Andretti, Michael Andretti has built a significant racing empire since moving from his own racing career to become a prolific team owner, with teams competing in seven different series. In addition to his four-car IndyCar stable, he also owns teams in Indy Lights, Indy Pro 2000, Formula E, Extreme E; has a partnership in Mexico with former CART driver Michel Jourdain Jr. that is competing for the Super COPA championship; and holds a one-third share in the Walkinshaw Andretti United team in Australian Supercars. 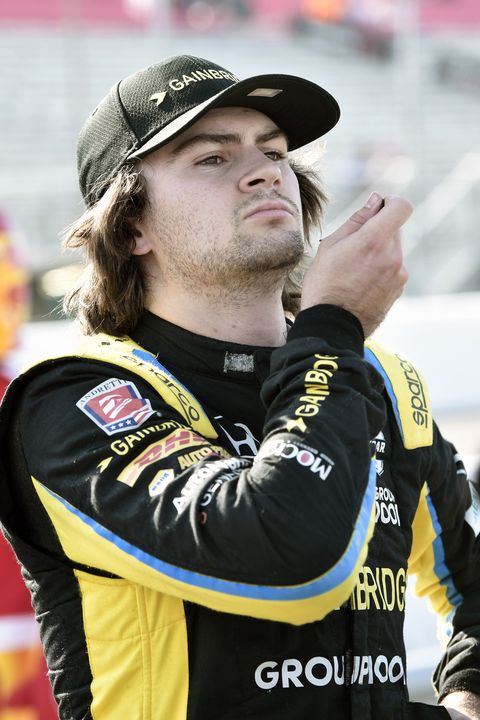 About the only major motorsports series that Andretti doesn’t have an ownership interest in are F1, NASCAR, and NHRA drag racing—although he passed on an opportunity to be involved with a NASCAR team several years ago.

F1 is particularly compelling for Andretti now because his name alone as either a minority or majority owner would be a significant key in further promoting and growing the popularity of the F1 brand in the US, particularly with the existing race at the Circuit of the Americas in Austin, Texas, as well as the inaugural event next year in Miami.

Also, F1 is owned by US company Liberty Media Corporation.

Earlier this year, Andretti formed a subsidiary company called Andretti Acquisition Corporation, whose filing charter with the US Securities and Exchange Commission indicates: “for the purpose of effecting a merger, share exchange, asset acquisition, share purchase, reorganization or similar business combination with one or more businesses or entities.”

The operative words in that phrase, of course, are “asset acquisition.” And in so doing, the filing also calls for the issuing of $250 million in securities that could, theoretically, be used to acquire an ownership interest in a business like Alfa Romeo Racing.

A report last Friday by The-Race.com said Andretti could ultimately purchase up to 80 percent of controlling ownership of ARR. It also stated that “Herta’s main sponsor Gainbridge” may join with Andretti Autosport to “take over Sauber (the team’s former name before it switched to Alfa Romeo Racing).”

By joining the F1 brotherhood, so to speak, Andretti would also help promote IndyCar globally and further expand the ability of drivers from each series to move to the other, much like Andretti’s newest driver—Romain Grosjean—did this past year. Grosjean left F1’s Haas team after the 2020 season for IndyCar with Dale Coyne with Rick Ware Racing.

And two weeks ago, it was announced Grosjean would join Andretti Autosport in 2022, replacing Ryan Hunter-Reay, whose contract with the team was not renewed. 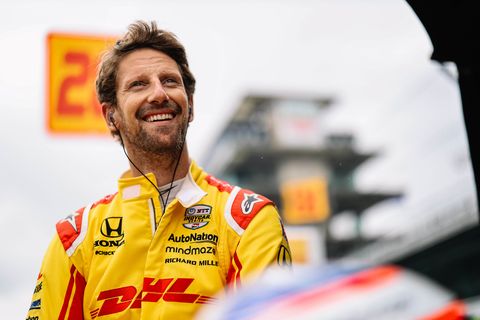 Grosjean competed in 13 of this past season’s 16 NTT IndyCar Series races, earning three podiums and one pole. He finished 15th in the final standings and was second to Team Penske’s Scott McLaughlin for Rookie of the Year honors.

Even though he’s 35 years old, Grosjean took to IndyCar racing like a duck to water. By moving to Andretti Autosport, he will have considerably bigger and better resources and personnel that could translate into making him a bona fide championship contender in 2022.

This is yet another reason why Andretti may be interested in F1: The headquarters for longtime Andretti IndyCar sponsor DHL are in Bonn, Germany. And if a young American driver like Herta were to move to F1, particularly with Andretti as either a minority or majority owner, the sponsorship potential would be huge for Herta, DHL, and of course, Andretti.

One other key to all these reports: Alfa Romeo is the only full-time F1 team that still has one seat unfilled for next season. Valtteri Bottas is confirmed to drive the No. 77 car, but the team’s other livery remains open. 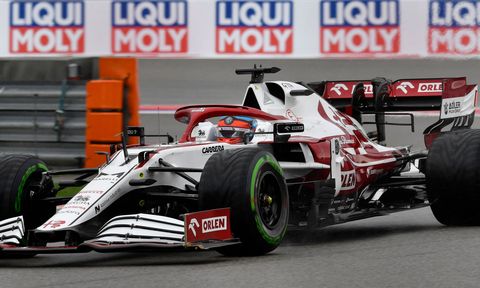 While it would be difficult for Herta—at 21 the youngest driver to ever win an IndyCar race—to step into an Alfa Romeo seat immediately, the young American driver has such an immense level of talent that Alfa Romeo—and with Andretti’s involvement—may be willing to be patient and let him learn the F1 ropes in 2022 before mounting a full-on competitive assault in 2023.

Andretti, who turned 59 on October 5, has long lamented his own one-year stint as a driver in F1 with Team McLaren in 1993, wishing he would have done better. He made 13 starts in the 16-race season, finishing 11th in the final standings.

Ironically, Andretti’s best finish in F1 was also his last race in the series: third at Monza, which also was his only podium showing.

While Herta unquestionably has a very bright future in IndyCar, F1 presents the supreme challenge as a race car driver. His father, Bryan, who is a minority owner of Andretti Autosport, had his own F1 test in 2002 with the then-Minardi team, but was never offered a contract.

If Andretti does buy into Alfa Romeo, he would become the second American team owner currently in F1, joining Gene Haas.

And then there’s O’Ward. The Arrow McLaren SP driver finished third in this season’s IndyCar standings and has a high-profile test to drive one of McLaren’s F1 cars in December.

Earlier this year, O’Ward spoke to Autoweek. When asked about any potential F1 aspirations, the Mexican driver said he’d be “stupid” not to accept the challenge. 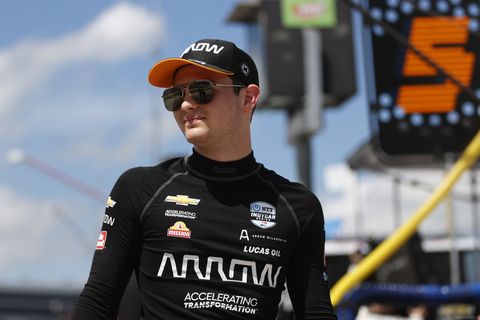 “If Zak (team principal Zak Brown) comes in a year or two and he tells me ‘I want you in this Formula 1 seat,’ I’d be stupid not to take it,” O’Ward said. “I would take it because those chances don’t come and as much as I love IndyCar, the pinnacle of technology is Formula 1. There’s nothing bigger than that.

“But I truly believe in what I’ve said multiple times—for a driver, there is nothing harder than IndyCar racing. Period. There is nothing in the world that is as competitive and as hard to win in as IndyCar.”

The 22-year-old O’Ward’s top priority right now—barring any change in the next three months—is to win an IndyCar championship.

“I have a job to finish here,” O’Ward told Autoweek. “If I ever do end up leaving in the future, I want to be sure to give this team what they deserve, and that’s championships and wins. So much hard work has gone into this, and I’d love to be the one who gives it to them.”

Palou, the newly crowned IndyCar champion, rounds out the young gun contingent in the series. The 24-year-old Spaniard has been casually mentioned in some conversations as potentially going to F1 some day, but team owner Chip Ganassi will likely do everything in his power to keep Palou as the heir apparent to Scott Dixon. 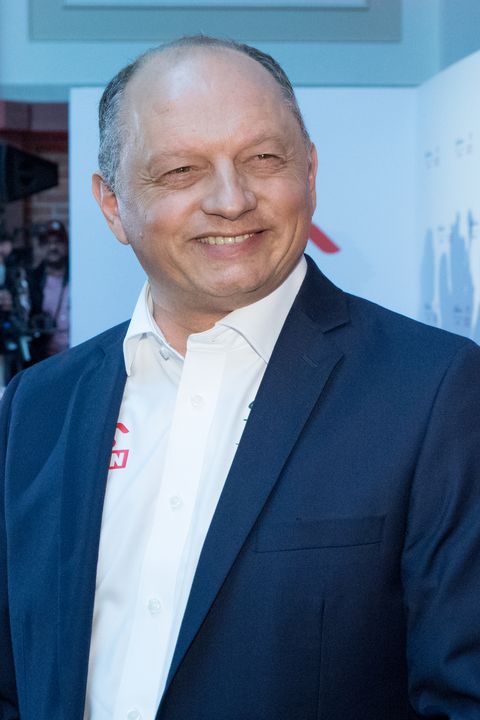 There’s another thing to consider: With Ganassi closing his NASCAR shop at the end of the current season—and making a tidy profit from its sale to Justin Marks—could the Chipster potentially have his eye on F1 in the next couple of years?

If Andretti makes a foray into F1, Ganassi would likely be close behind. And NTT Data, Palou’s primary sponsor in IndyCar, has a corporate presence as an IT provider in more than 50 countries worldwide that would be a perfect fit in F1, in addition to its role as series entitlement sponsor in IndyCar.

One other thing to consider about the three young guns: There is a precedent of former Indy car drivers who won a championship in the series and then left the sport for F1. Jacques Villeneuve won the 1995 CART championship and went to the Williams team in F1 the following year, going on to capture the 1997 F1 championship as well.

Another telling element of this whole situation with Andretti Autosport’s potential pursuit of Alfa Romeo Racing was revealed by The-Race.com, which quoted the team’s current CEO and Team Principal, Frederic Vasseur, who had in essence a very telling “no comment.”

“I can say nothing because honestly, it’s not in my parameter,” Vasseur said this past Friday at the Turkish Grand Prix. “I’m the CEO and team principal and these kinds of discussions are not with me, it would be with the shareholders. We have so many rumors and so on that, you have to ask the question to the shareholders of the company.”

What happens now for Andretti and Alfa Romeo? Sunday’s report by the Independent may have the answer:

“Michael Andretti is believed to be in the closing stages of talks to buy-out the Swiss outfit. No deal has been agreed yet, but final talks are scheduled for the US Grand Prix in Texas in two weeks’ time.”