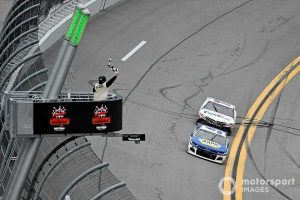 NASCAR’s addition of a new road course race this season was just what Chase Elliott needed to get primed for the playoffs.

Elliott, who won the last two road course events on the Cup Series schedule, entered Sunday’s race struggling to return to the form he and his No. 9 Hendrick Motorsports team showed early this year.

He did that and more, taking a dominating win in the series’ inaugural race on the 3.57-mile, 14-turn Daytona Road Course for his second victory of the 2020 season.

Elliott easily cleared to the lead on a restart with three of 65 laps remaining and patiently kept Denny Hamlin at bay to earn his third consecutive road course victory in the Cup Series and eighth overall series win.

Following the break between Stages 2 and 3, a handful of drivers who had not pit made their stops.

When the race returned to green on Lap 33, Elliott led the way followed by Kevin Harvick and Kurt Busch. Harvick got hit by Christopher Bell in Turn 1 and went off course. After avoiding several on-coming cars, he was able to continue on with no caution.

Harvick eventually had to pit under green for tires after complaining of a vibration.

With 30 laps to go, Elliott had moved out to a more than 3-second lead over Kurt Busch with McDowell in third. Johnson was fourth and Brad Keselowski fifth.

On Lap 36, NASCAR placed the race under caution as there was a lightning strike within eight miles of the track, which necessitated a red flag and minimum 30-minute delay.

The race ended up being delayed for nearly 32 minutes before conditions returned to yellow. The green flag was displayed on Lap 40 with Elliott still in the lead.

On Lap 42, Kyle Busch got around Johnson to take third as Elliott and Kurt Busch continued to run 1-2. One lap later, Kyle Busch moved into the second spot and began setting his sights on Elliott for the lead.

With 20 laps remaining, Elliott’s lead had expanded to more than 6 seconds over Kyle Busch. Johnson was third, Bowyer fourth and Hamlin fifth.

By Lap 47, many drivers began making their final green-flag stop for new tires and fuel to make it to the finish of the race.

Elliott made his stop on Lap 49. When Kyle Busch made his stop he was forced to head to the garage with an apparent broken brake rotor, knocking him out of contention.

Once the cycle of stops was complete on Lap 54, Elliott returned to the lead followed by Hamlin, Johnson and Bowyer.

With 10 laps to go, Elliott’s lead over Hamlin was over 9 seconds with Johnson third, more than 11 seconds behind the leader.

On Lap 61, Kyle Busch wrecked in Turn 8 after it appeared he had both rear tires blow out after something broke in the rear of his No. 18 Toyota.

Many lead-lap cars remained on the track but several further back in the lineup elected to pit for fresh tires. On the restart with three laps to go in the race, Elliott was followed by Hamlin, Johnson, Bowyer and Truex.

Hamlin stayed out while many others pit and collected the Stage 2 win over Bowyer.

Following the break between Stages 1 and 2, some drivers pit but many remained on the track since they pit before the conclusion of Stage 1.

On the restart on Lap 18, Logano led the way followed by Hamlin and Harvick.

Hamlin got around Logano on the outside in Turn 3 to reclaim the lead as Harvick moved into second.

With 10 laps remaining in the second stage, Hamlin continued to lead the way but Truex was close behind him challenging for the lead. Harvick was third, more than 3 seconds behind the leader.

On Lap 23, Truex went to the inside of Hamlin exiting the backstretch chicane and came away with the lead again.

With five laps to go in the stage, Truex’s lead over Hamlin had expanded to more than 2 seconds while Elliott ran third, 7 seconds behind the leader. Harvick was fourth and Blaney fifth.

Also on Lap 25, Kyle Busch spun around off Turn 6 but was able to continue on and there was no caution.

On Lap 27, several drivers began making green-flag pit stops for tires and fuel before the conclusion of the stage, including Johnson, Kyle Busch, Ryan Newman, Elliott and Harvick.

Truex elected to pit with two laps to go turning the lead over to Hamlin. Truex, however, was penalized for speeding on pit road. Since pit road was closed, Truex had to start the final stage at the tail end of the longest line.

After Truex gave up the lead and decided to pit early, Elliott inherited the lead and cruised to an easy Stage 1 win over Logano.

Johnson was third, Bowyer fourth and Matt DiBenedetto rounded out the top-five.

Harvick, who started on the pole, got through Turn 1 cleanly on the first lap but got passed by Hamlin for the lead off Turn 5. Kyle Busch got around Harvick to take the second spot before the completion of the first lap.

Kyle Busch got around Hamlin through the backstretch chicane on Lap 2 to take the lead for the first time.

Hamlin powered around Kyle Busch on Turn 2 on Lap 3 to quickly reclaim the top spot.

On Lap 5, Kyle Busch elected to pit under green for new tires after flat-spotting his left-front during a run through the chicane.

By Lap 8, Hamlin had moved out to a 1.6-second lead over Truex as Elliott moved into third.

On Lap 9, Truex got around Hamlin going through Turn 3 to take the lead and then the two briefly made contact which left Hamlin with a tire run on his No. 11 Toyota.

With five laps remaining in the first stage, Truex built a more than 3.5-second lead over Elliott as Logano moved into third. Hamlin was forced to pit under green for new tires.

Truex was among a host of drivers who elected to make a green-flag stop prior to the closing of pit road, which turned the lead over to Elliott with two laps left in the stage.

On the final lap, Alex Bowman developed a flat left-rear tire and had to limp around the track to pit road, doing damage to his No. 88 Chevrolet. 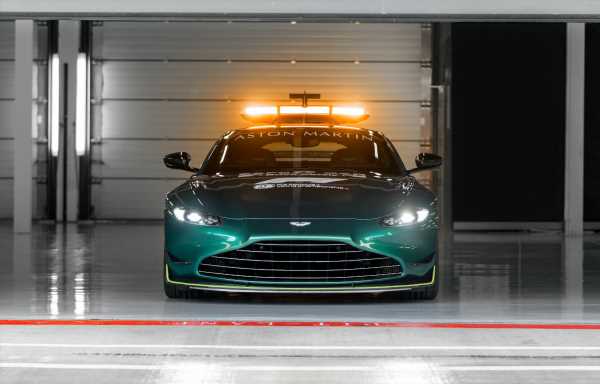 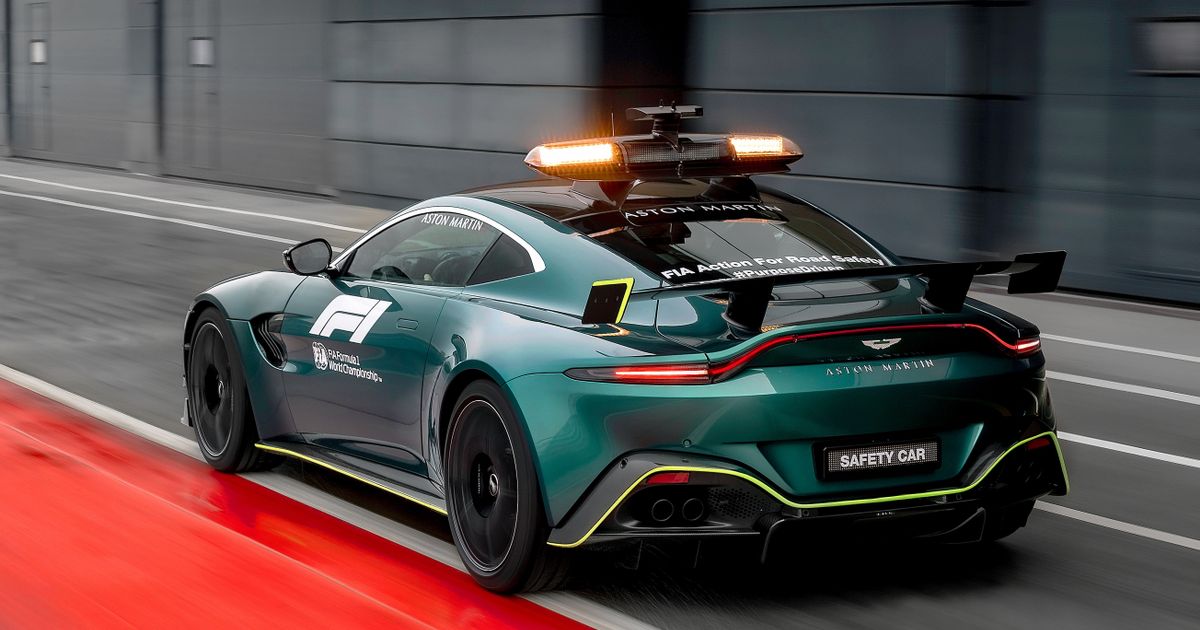 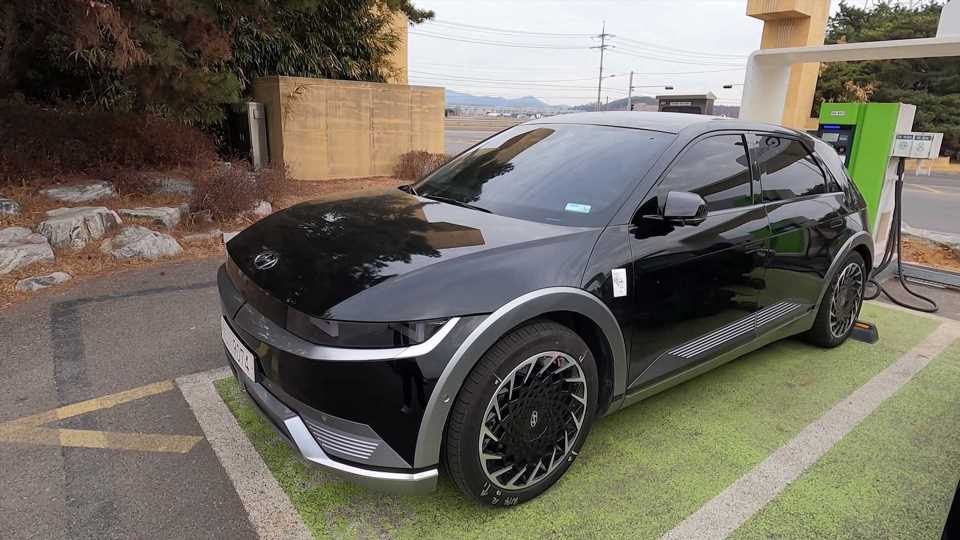