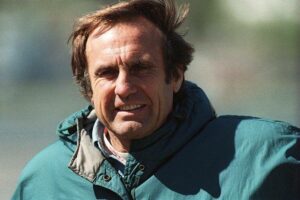 Carlos Reutemann, who was transferred to intensive care in hospital last weekend, has undergone a procedure and is reported to be “lucid”.

The Argentine ex-Formula 1 driver, who won 12 races during a career that encompassed 11 seasons in the 1970s and 80s, suffered a digestive haemorrhage last Wednesday.

The 79-year-old was taken to a hospital in his home city of Santa Fe and was said to be in a “stable condition” on Friday, but was then transferred by helicopter to an intensive care unit in Rosario after his condition worsened with internal bleeding.

Another haemorrhage occurred on Tuesday, after which, according to Motorsport.com, Reutemann underwent an enteroscopy.

In their latest medical bulletin, the Sanatorio Rosario hospital declared Reutemann’s condition had improved, saying the politician – he is the governor of the Santa Fe province – was “lucid” and there had been no signs of further digestive bleeding after the procedure.

“Hospitalised in ICU, lucid, in communication with the environment, with no other organ failure,” read a statement from the hospital. “No signs of digestive bleeding since the endoscopic haemostasis procedure performed yesterday [Tuesday].”

Reutemann raced for Brabham, Ferrari, Lotus and Williams in Formula 1 and in his last full season, 1981, he finished second to Nelson Piquet in the World Championship by just one point having been on the podium in all of the first five races, winning the Brazilian and Belgian Grands Prix.

The victory at Zolder was Reutemann’s last in the sport before retiring after only the first two races of the following campaign, a few weeks before his 40th birthday, with his exit from the Williams team rumoured to have been a consequence of the Falklands War that was happening at the time between the UK and Argentina.

He took part in 146 grands prix and subsequently moved into politics, even being regarded at one time as a contender for his country’s presidency – although he never actually declared his candidacy to run for that office.