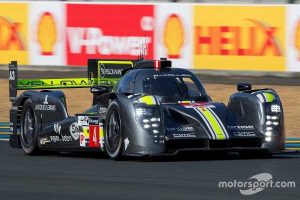 This weekend, ByKolles will be giving the venerable ENSO CLM P1/01 LMP1 car its final race outing, as the team chases a first classified finish at Le Mans with its own car after five failed attempts. Jamie Klein looks back on the car’s chequered history.

If ByKolles starts Saturday’s 88th running of the Le Mans 24 Hours, the plucky Austrian-flagged outfit will achieve a rather important milestone – it will have started more races in the FIA World Endurance Championship’s top division than Porsche.

That’s right: the Porsche 919 Hybrid in its four-year LMP1 tenure started 34 WEC races, which incidentally is the same number of starts accrued by the rather less successful ENSO CLM P1/01 since it first came on to the scene all the way back in 2014.

It’s hard to think of many sportscar racing designs in the modern era that have endured as long, certainly in the top class. Even the all-conquering Audi R8 only managed five years of active service at Le Mans before being replaced, one less than the venerable CLM will have completed before making way for a new ByKolles hypercar next year.

The current version of the ENSO CLM, which underwent further revisions last winter ahead of its two farewell races, has changed considerably since it was first unveiled to the public at Le Mans six years ago carrying the Lotus brand name and a distinctive black-and-gold livery.

“Now the car doesn’t really share any similarity to the first car I drove [in 2016], although in all those years it’s never had one really significant change,” says Oliver Webb, who will share the ENSO CLM with Tom Dillmann and Bruno Spengler for its last hurrah.

“The tub, the front end, the rear end, suspension front and rear, aero, the gearbox and of course the engine [have all changed], although it’s all been spread over a period of time. It’s now a very different car to what it used to be, but in a good way.”

Originally to be called the ‘Lotus T129’, a hint at how the car was influenced by the ADESS-designed Lotus T128 LMP2 car that ByKolles raced in the WEC’s LMP2 class in 2013, the CLM P1/01 first raced at the Circuit of the Americas after the late collapse of an Audi engine deal forced the team to fit AER engines instead, delaying its debut by several months. 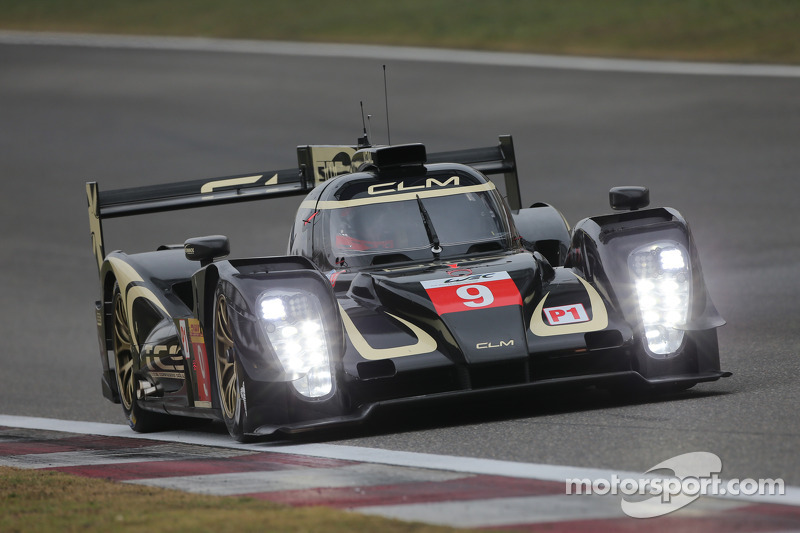 There, competing against Rebellion Racing’s R-One in the LMP1-L class for non-hybrids, the car shared by Christophe Bouchut, James Rossiter and Lucas Auer finished second. But in the following race at Fuji, the car spectacularly ignited in the pits while Bouchut was at the wheel, causing the veteran Frenchman to quit the team on the spot. The CLM would struggle to shake off its association with catching fire mid-race thereafter…

For the start of the 2015 season, the Lotus name disappeared, and the black-and-gold colour scheme made way for an almost Brawn GP-esque white-and-yellow livery, but the chassis designation remained the same. The driver line-up was refreshed too, with ex-GP2 racer Simon Trummer becoming the first driver do a full season with the team.

Trummer would go on to start 18 races in a CLM P1/01, making him the second-most prolific ByKolles driver after Webb, who would join the team in the 2016 season and has since gone on to start 21 races for the squad over the years.

“At that time, the LMP2s were nowhere near as quick as they are now, so that difference in speed [moving up to LMP1] was huge,” he fondly recalls. “I was used to the Oreca [03] LMP2, so it was a huge step up, especially in power, and a little bit in downforce.”

The CLM had its biggest year-to-year change visually in 2016 with heavily revised front bodywork, but the season was little short of a disaster, as the car succumbed to race-ending fires at Le Mans, the Nurburgring and Fuji. The only respite came at Shanghai, where its only LMP1-L opponent, Rebellion, suffered a fire of its own.

That prompted a change of engine supplier from AER to NISMO for 2017, with the CLM P1/01 fitted with the three-litre V6 turbo engine that had powered the ill-fated Nissan LMP1 car of 2015. That improved reliability, but with no privateer to race against following Rebellion’s decision to step down to LMP2, the team only took part in the first four races of the year before bowing out to focus on developing the car for the 2018/19 superseason. 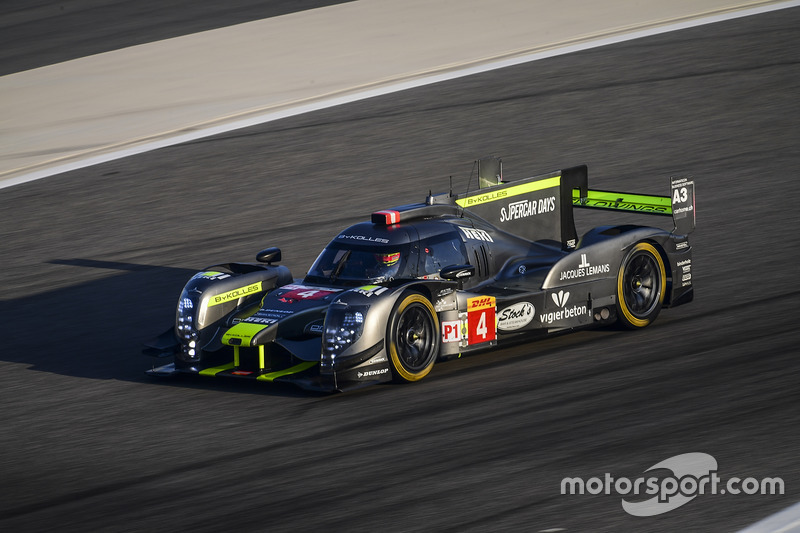 “We had very good top speeds with the NISMO engine,” says Webb. “I had good memories with the NISMO guys, they put in a lot of effort – especially in the second year, they were flying in their engineers over from Japan for every race. They had as many engineers on-site for the engine as we had our own engineers!

“The development was tough to be able to stick something with so much power into a car that hadn’t been designed to fit it. It was designed for the front-wheel drive [Nissan LMP1 car], so some things didn’t work so well. For example, traction control used to cut in far too much because it was in a car that needed a lot of traction control to control it.”

The low point of ByKolles’ four-race campaign that year – and perhaps its entire LMP1 programme – came at Le Mans, where Webb hit debris on the opening lap, giving the (now-renamed) ENSO CLM P1/01 terminal damage. Given that the five manufacturer cars all either retired or suffered heavy delays, almost opening the door for an LMP2 car to win outright, it was a huge missed opportunity for an upset.

“That was tough,” Webb admits. “All we needed then was reliability, we didn’t even need speed. It was just about getting to the finish. Should’ve, would’ve, could’ve, but now the team is more focussed than ever on reliability.”

ByKolles would be joined in the privateer LMP1 ranks for the start of 2018 by Rebellion, SMP Racing, DragonSpeed and, temporarily, Ginetta. Dillmann also came on board for the first time, and he has fond memories of his first two races in the CLM P1/01 at Spa and Le Mans. 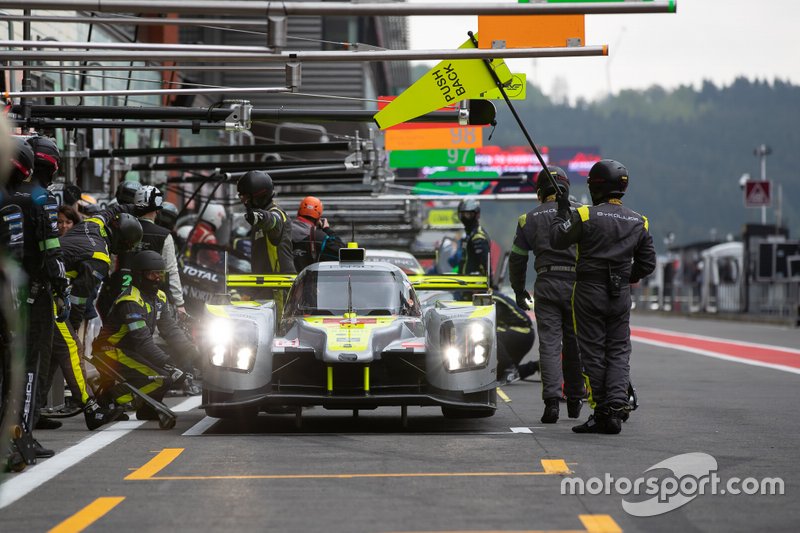 “My best memory was probably the first race I did for ByKolles at Spa,” reflects Dillmann. “I started the race, I stayed in the car for three and a half hours. We had some good fights with SMP and we finished fourth [after the disqualification of the #1 Rebellion], the best result of the team, so the race went quite ok. It was also my first race in LMP1.

“After that it was my first Le Mans. It was a great feeling qualifying at night, and I took the start as well. The race was short [ended by a crash for Dominik Kraihamer], but I did my two and a half hours at the start. And your first Le Mans is always a good memory.”

Despite the influx of privateers wanting to take the fight to Toyota for the superseason, Webb feels that ByKolles – which manufacturers almost everything in-house at its base in Grening in Bavaria – remain the underdogs of the LMP1 class, despite their longevity.

“I feel like ByKolles are the only true privateer now, because almost everything is made in-house,” he says. “The Rebellion [R-13] for all intents and purposes is an Oreca, and it’s basically a lighter LMP2 with more power. It also shares a lot of spare parts with the LMP2 as well, whereas our car is completely one-of-a-kind, which has its downsides.”

“Even Rebellion and SMP, they were much bigger operations. ByKolles is very professional, but it’s much smaller compared to Oreca or ART [which ran the Dallara-built SMP cars].”

The rest of the 2018/19 season wasn’t much of an improvement – at Silverstone, debutant Rene Binder spun the car into retirement, a cracked turbo robbed the car of power at Fuji (where it at least finished fifth) and then the engine failed altogether at Shanghai. Those issues prompted another change of engine supplier, this time from NISMO to Gibson. 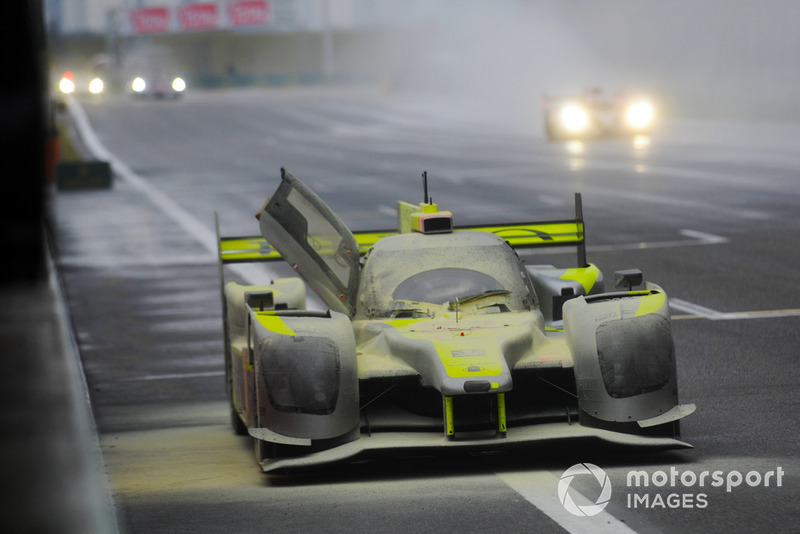 “We decided to change for reliability reasons, the Gibson engine was more proven and they provided a lot more engines in the paddock [including all the LMP2 field],” Dillmann points out. “It was easier for Gibson to build a reliable engine with so many teams using it, because the LMP2 engine is not so far away. We didn’t have any engine failures since then, reliability went in a good direction, but we lost a bit of pure performance.”

Unfortunately, the late change had knock-on effects, forcing ByKolles to skip the Sebring 1000 Miles and then leaving it unprepared for the final races of the season at Spa and Le Mans, where a water leak and a gear shifter failure ended its hopes of getting the CLM P1/01 home with a classified finish in its fifth attempt.

Back in 2015, ByKolles did actually see the chequered flag (albeit not classified as it hadn’t completed 70 percent of the distance of the winning Porsche), only to be excluded due to a driver weight infraction. Since then, the CLM P1/01 has only completed 441 race laps at La Sarthe of a possible 1524, or around 28.9 percent.

So, will it be sixth time lucky this weekend in this most unusual of Le Mans editions, especially after a promising run at Spa last month in mixed conditions?

“It would be a nice reward for everyone in the team, after all the hard work and never giving up,” says Dillmann. “I really wish that we see the chequered flag, and I think this year is our best chance. We want to finish in a decent position and for that we hope to not spend time in the garage, have a clean race, and if the weather can help us as well with some tricky conditions, we’ve shown we can do well.”

Webb adds: “It would be amazing. Finishing would be our first victory and then after that we’ll see where we end up. At Spa, there wasn’t even one percent of any issue until the final hour when we had the issue with the sensor in the exhaust – and even that, if we hadn’t been called into change it, we would have just tried to carry on to the end.

“Spa was meant to be a test day, but it turned into a bit more than that. Hopefully we can transfer that to Le Mans and give her a good goodbye.”