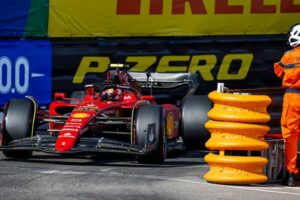 Bernie Ecclestone says F1 bosses do not have “the balls” to drop the Monaco Grand Prix, but that is a good thing because axing the race would be a mistake.

Monaco has been on the Formula 1 calendar since 1955, one of the longest-serving grands prix, the sport only missing the 2020 edition because of the pandemic.

It is, however, a race that every year has fans and pundits alike asking whether it deserves its place on the calendar.

It may have all the glamour and glitz for those who can afford it, but for the average fan it is all too often a processional bore.

Ecclestone is confident it will continue to be so for many years to come.

“I don’t think anyone’s got the balls to take that race away from Monaco,” the former F1 boss told Reuters.

He added: “Whether it’s the worst race or the best race or whatever, it’s the crown jewel.”

The organisers of the Monaco Grand Prix were recently warned they face stiff competition from the likes of the new Miami Grand Prix.

That race, though, failed to impress with its slippery track surface, minimal overtaking and let’s not forget that fake marina.

“Look at Miami. That wasn’t a Formula 1 race,” said the 91-year-old. “It could have been a local club race, couldn’t it?

“They had those boats in the car park trying to make it look like Monaco.”

So much so the Monaco organisers are not worried about losing their race.

“They are still super, super-happy and confident with everything without any drama,” said Ecclestone having spoken to them in the build-up to the grand prix weekend.

“So I don’t see any problems there at all.”

But whether Monaco stays or goes could ultimately come down to money.

McLaren CEO Zak Brown confirmed Monaco has a different commercial agreement to other races, calling it a “very advantageous” one and he feels the terms should be changed.

“But I think F1 is now the size and scope that it’s bigger than any one team, any one driver, any one race.

“Of course, none of us want to see Monaco go, but also understand that as a commercial rights holder they need to have an arrangement more consistent with the other venues given the demand of tracks that want to host a grand prix.”