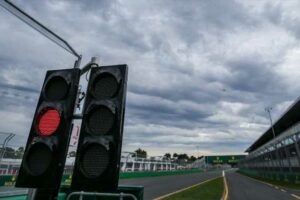 Australian GP officials are in talks with Formula 1 about an April return having once again been forced to cancel the race.

The race organisers announced on Tuesday that the 2021 grand prix would not go ahead, citing ‘restrictions and logistical challenges relating to the ongoing COVID-19 pandemic’.

Formula 1 had been in talks with Australia about allowing the paddock into the country via a biosphere in order to forgo quarantine. Australia, though, mandated a 14-day quarantine which F1 was not able to adhere to.

As such the race, which had already been postponed from March to November, was cancelled for the second successive season.

Organisers are hoping that the race will return next season, but it won’t be in its traditional season-opening slot. Instead April is being mooted.

“We are thinking April is a date that we would like to be able to make some positive moves on at this point,” Australian Grand Prix Corporation chair Paul Little said to AAP.

“We need to see what vaccination rates are like and what the federal government does with visitation rights and off the back of that we will know a lot more if April is viable.”

But he added: “There are no guarantees.”

We share our disappointment with you that the #AusGP cannot be held this year.

This iconic event will return & we will be back better than ever.#F1 pic.twitter.com/Uwth6mCYFG

Victorian Sports Minister Martin Pakula admitted that the country’s low vaccination rate had played a big role in the decision to cancel this year’s race.

“Formula One and MotoGP required assurances and undertakings and guarantees this week about the conduct of those events,” Pakula said.

“Given the very low national two-dose-vaccination numbers, and given the decision of National Cabinet on Friday, we’re simply not in a position to give F1 management or MotoGP the sorts of guarantees and assurances and comfort that they need.

“I had a conversation with the CEO of Formula One management Stefano Domenicali last night and it was a very cordial conversation.

“We have an excellent relationship and I fully expect that these events will occur in 2022.”