Autograph sessions will be replaced by Q&A interviews during the Australian Grand Prix weekend in a bid to limit interaction between drivers and fans.

The Australian Grand Prix Corporation has confirmed there will be changes to driver-related events amid coronavirus concerns, including signing sessions being changed to live interviews.

The famous Melbourne Walk, where fans traditionally pose for photos with drivers as they arrive at the circuit, will also be affected by the changes, with “selfies, autographs or other direct engagement” not permitted.

“In the current environment, the Australian Grand Prix Corporation wishes to advise fans of a change to the format of both the autograph sessions and the operations of the Melbourne Walk as they relate to both Formula 1 drivers and Supercars drivers,” read a statement from the AGPC.

“Autograph sessions will now be conducted as Q&A interview sessions.

“Drivers will continue to utilise the Melbourne Walk but will not be closely interacting with fans for selfies, autographs or other direct engagement.

“We thank you for your cooperation and understanding.”

At least three members of the F1 paddock are already in self isolation as they await the outcome of coronavirus tests.

“Obviously as we were planning this event, we were expecting a little bit more of a light atmosphere,” team boss Cyril Abiteboul told media.

“Obviously I’m referring to the very particular circumstances in which we are in Australia and Melbourne – usually it’s a moment that we all love when we are racing in Formula 1, so first I wanted to make a mention of that.

“I also wanted to say that our drivers were supposed to be with us for that event, but due to the situation, we’ve excused them from the occasion. I hope you understand why we are taking such measures.” 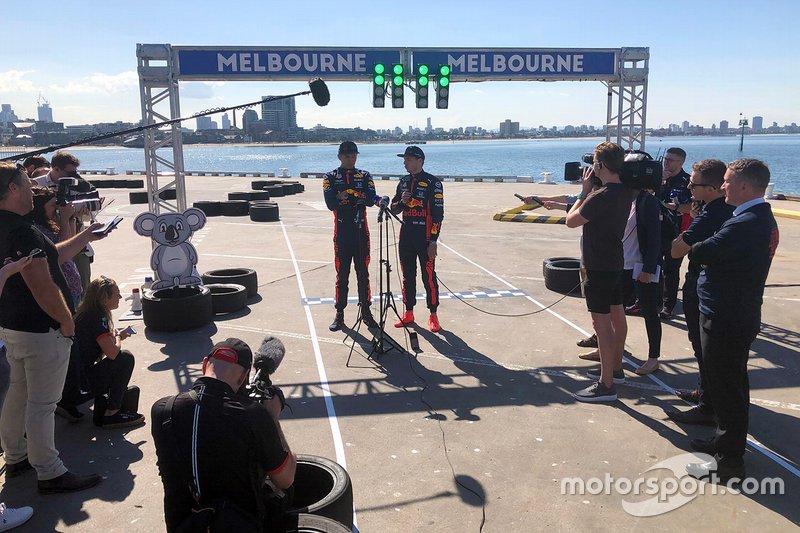