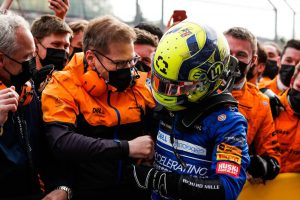 When Daniel Ricciardo filled the vacant McLaren seat for 2021 left by Carlos Sainz, few gave Norris a chance up against the seven-time race winner who was looking to realise his World Championship ambitions with the Woking outfit.

But, the first two races of the 2021 campaign have firmly belonged to Norris.

The 21-year-old began his season with P4 in Bahrain, and at the Emilia Romagna Grand Prix sensationally put himself in the conversation for pole briefly. His best Q3 time looked set to be good enough for the front row, but was later deleted for breaching track limits.

Extremely frustrated with himself for the error, Norris nonetheless refocused on race day and took a second podium finish of his career with P3, also defending P2 valiantly for several laps against Mercedes’ Sir Lewis Hamilton. Norris would pick up the Driver of the Day award too.

And these fantastic opening performances have made a strong impression on McLaren boss Seidl.

“Lando is flying at the moment, he’s definitely made the next step as a driver also,” Seidl told Sky F1.

“Already in Bahrain you could see that he definitely made the next step, as a person. He digested last season with his engineering team in the right way.

“It’s normal also that these young guys make steps, in the first years they have to make it or they will never make it to the top but it’s just great how he’s pulling it off.

“He has the confidence to put the laps in and what he did today was great.” 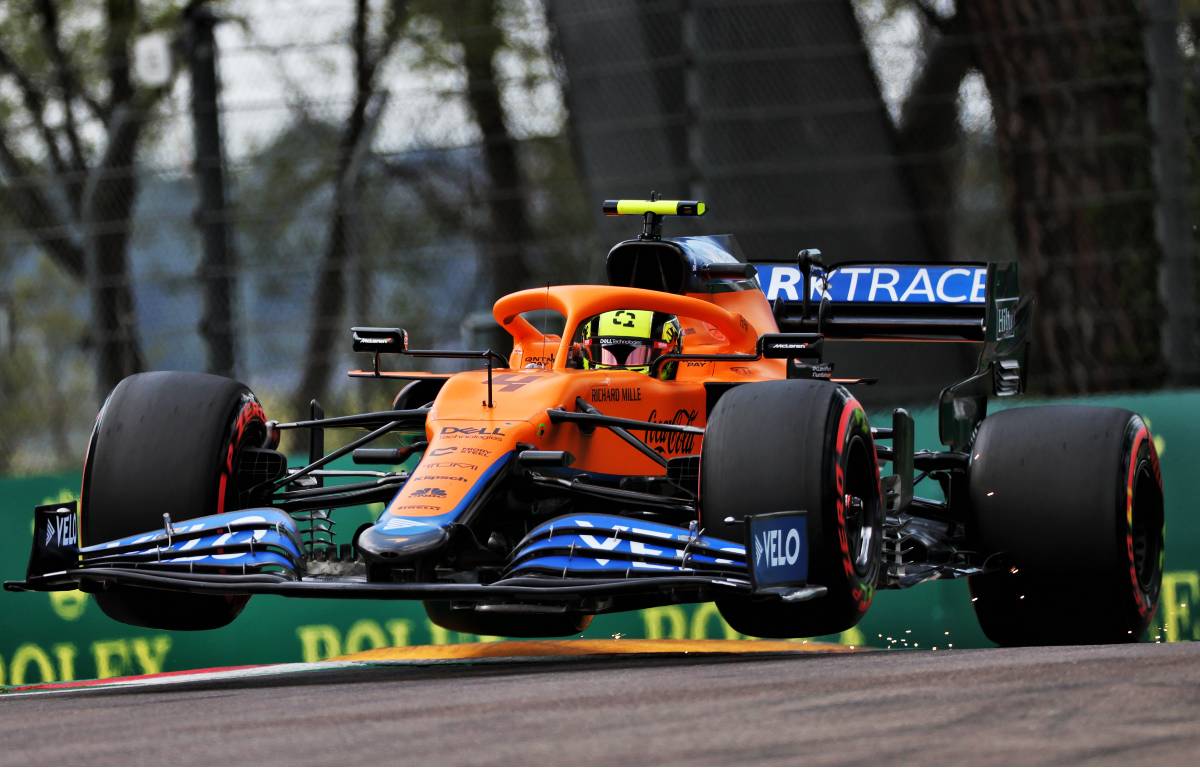 Aside from Q3, Norris said that his Imola weekend was “pretty perfect” as he brought McLaren as close as they have been to the leading pace for many years.

“I think apart from Q3 (the final phase of qualifying) it was a pretty perfect weekend.”

Next up for Round 3 of the Formula 1 season is the Portuguese Grand Prix at Portimao. Hamilton claimed victory here last season for Mercedes, while Norris will be searching for a first points finish in Portugal.