Home » All Night Races Should Have Trippy, Glow-in-the-Dark Helmets Like This

All Night Races Should Have Trippy, Glow-in-the-Dark Helmets Like This 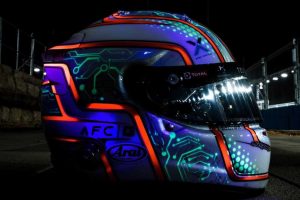 Nighttime racing has long been an unimaginative affair. Mount headlights to the cars, or illuminate the track itself with enough bulbs to rival the sun itself. But what if we threw these conventions to the wind and came at night racing a different way? Mark out track limits not with floodlights, but glow-in-the-dark paint? It’s an idea that seems to have crossed the mind of Formula E driver Antonio Felix da Costa, who for Formula E’s season-opening race donned a helmet with patterns that only showed up in the dark.

Da Costa showed off the special helmet during the run-up to the intensely sportwashed 2021 Diriyah ePrix in Saudi Arabia, which took place during nighttime hours. The Portuguese driver finished a modest 11th, one position outside the points, but for the brief moments he could escape the track’s bright lights, his helmet was a mesmerizing sight. 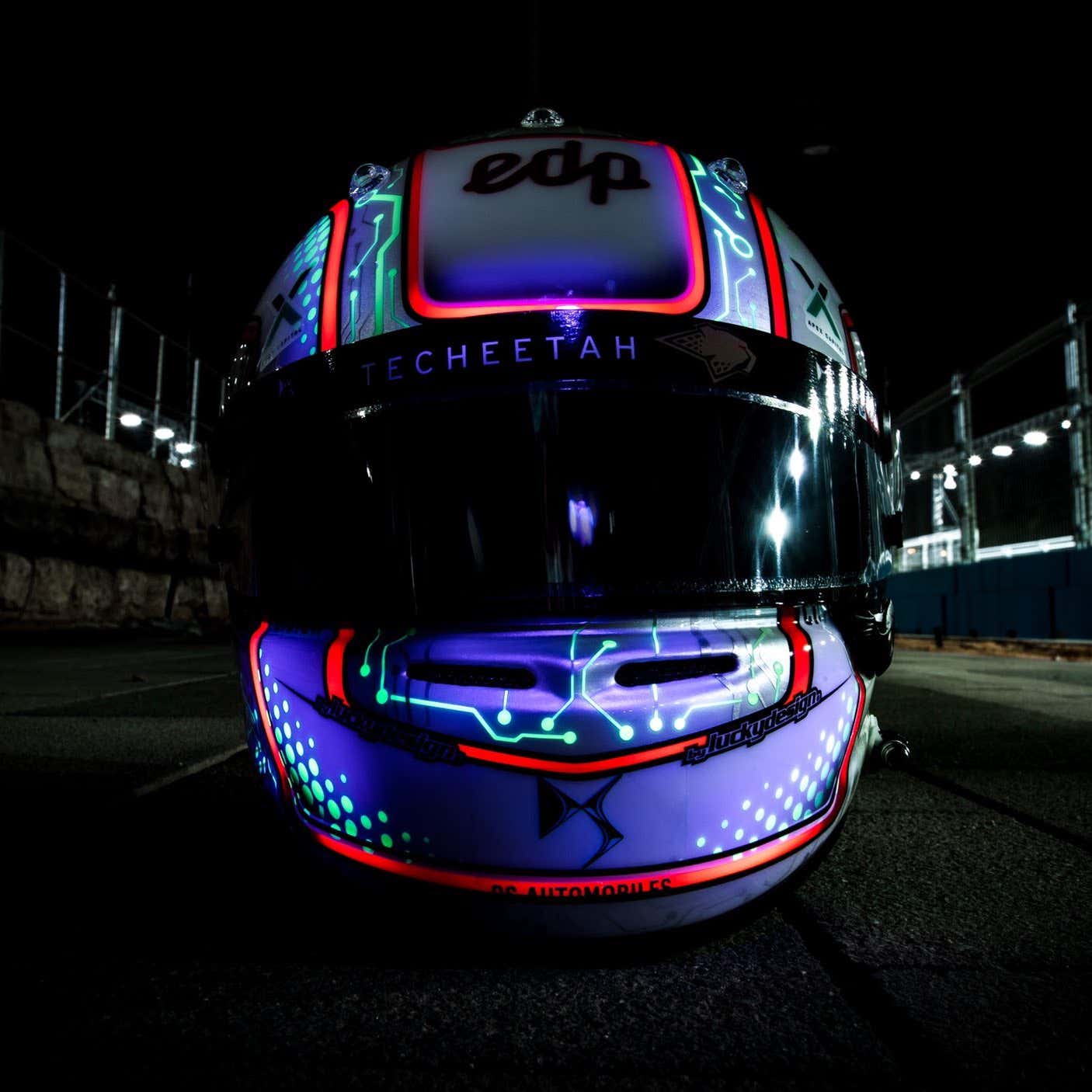 Such a paint scheme raises the question: why hasn’t racing experimented more with novel nighttime lighting options, like those employed by your local laser tag arena? Why not use glow-in-the-dark paint for curbs and track limits? Or better still, large backlights so cars’ liveries (or even tires) can shimmer and change as they pass by? Sure, brake lights and the paddock would have to be lit more conventionally, but much of the track lighting could surely stand to be of the trippier type. Yes, even if that means attracting crowds with dilated pupils, and a propensity to pronounce love for all mankind.