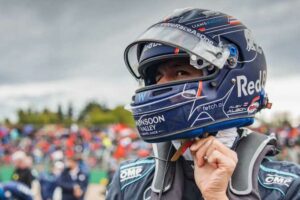 Williams‘ Alex Albon says he believes his drive at Imola was as good as his heroics in the Australian Grand Prix.

Albon has impressed since returning to the Formula 1 grid this season. It took him only three races to earn his first point of the campaign and he has so far handled the transition from a top team like Red Bull to one challenging lower down the field in the form of Williams.

His point came at the Australian Grand Prix, where he produced a display of supreme tyre management to make the same set last all the way to the penultimate lap of the race.

He was widely praised for his performance and despite finishing one place lower at the Emilia Romagna Grand Prix, and thus out of the points, the 26-year-old believes his drive at Imola was just as good as it had been in Melbourne.

“Honestly, I was really happy with it – it felt like it was just as good as Melbourne for me,” said Albon, as reported by motorsport.com.

“We maximised what we could do. We overtook some cars on track with pace and then they were quicker than us, and we held off.

“We obviously had a low downforce configuration for the weekend, which isn’t fun for the others, but for us it kept us in front.”

The challenge facing the Thai-British driver has changed somewhat since he was last in the sport. At Red Bull, he had a quicker car but was given the unenviable task of trying to match Max Verstappen, while at Williams the car may be slower but Albon is clearly the better driver in the team over Nicholas Latifi.

Albon said he and the team rely on bold strategy choices, such as the low-drag set-up at Imola, in order to maximise opportunities.

“We don’t have the fastest car out there but we make the most of our opportunities,” he said.

“I feel like it’s a shame we missed out on points by one position, but it just shows you we are taking opportunities and doing things differently, and we almost made it work again.”

Albon also rued the race director’s decision not to introduce DRS earlier and felt he could have finished higher had Niels Wittich done so.

“I was wanting [DRS] to come in earlier,” Albon said.

“We had six or seven laps when I was a lot quicker than the cars in front and I knew with our downforce level, we could overtake those cars straight away with DRS.

“I was a bit frustrated it took so long to come in. But obviously once it did, I was wishing it hadn’t!”