A step forward, two steps back, but Newgarden title fight goes on 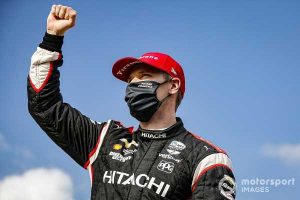 Two-time and reigning NTT IndyCar Series champion Josef Newgarden believes if he and Team Penske can reverse the season trend, he can still beat Scott Dixon to the 2020 title.

Newgarden scored the 16th win of his career and second of the season on Sunday at Gateway, but recognized that by being classified only 12th in the previous day’s race, he had made a net loss in his championship battle with Dixon this weekend.

The Chip Ganassi Racing driver won on Saturday and finished fifth on Sunday, so having come into the weekend holding an 84-point lead, that extended to 117 points on Saturday, then reduced again to 96 points on Sunday.

Newgarden, along with teammate Will Power, Meyer Shank Racing’s Jack Harvey and Carlin’s Conor Daly, was left bewildered and frustrated in Saturday’s race when IndyCar called a full-course caution for track conditions due to moisture in the area.

The aforementioned drivers were at the very least potential top-five finishers who stopped early under green-flag conditions and, because of the shortness of the WWT Raceway (1.25-miles) naturally went a lap down. However, the yellow was called before the remaining front-running group had stopped, the field bunched behind the pacecar and so when the pits opened, Dixon, Patricio O’Ward and Takuma Sato were able to make a relatively ‘free’ stop, and resume a lap ahead of their fastest rivals.

Asked if he had seen evidence of moisture, which had been observed on onboard camera lenses but hadn’t been dense enough to cause any grip loss, Newgarden replied: “From where I was sitting, I didn’t see anything. I didn’t know why we were going yellow. Then Tim [Cindric, Team Penske president] told me – and I still didn’t see anything!

“Yeah, it’s just one of those deals. I thought someone was in the wall, was more what was happening. I don’t know what it was for. Just obviously was very poor timing for us.”

Newgarden said of the title battle: “Yesterday hurt, Indy 500 [in which he finished fifth to Dixon’s second] hurt even more. It’s a shame, we’ve just been bitten one too many times this year.

“Normally I feel like the cycle kind of comes around, it starts to ease up on you and starts to hurt someone else. This year it’s just not seemed to ease up on us a whole lot. We’ve had a lot of yellow situations which have gone against us.

“I think yesterday was the third yellow that really hurt our race, just has taken us out of contention. We’ve had a couple other issues here or there – some of them were self-induced, some were out of our control. We’ve just not had a very smooth year.

“In all honesty, I think we could have had four or five wins by this point. We’re not there. We’re a little bit behind. But we’re trying to chase and catch back up and do what we can. We have to keep fighting and try to claw back. That’s all we can do.

“We seem to keep losing ground. We normally take a step forward and two back. I think if we can reverse that trend, we can fight for a championship… If we can flip that where we take at least two steps forward and maybe a step back, it’s OK, you’re coming out with a net win.

“But… we just can’t have situations like yesterday where the yellow bites us. We cannot afford that with the amount of points we are down. If that type of situation keeps happening to us, then unfortunately you’re never going to claw back.

“If those things stop happening, I think we can fight Dixon with five races to go now. It’s tough. We have to have some help. But it’s possible. Anything is possible with that amount of races left.”

Newgarden was swift to heap praise on the #1 Team Penske pitcrew, who he credited with Sunday’s win. On the final pitstop, the 2017 and ’19 champion jumped ahead of O’Ward’s Arrow McLaren SP – although it was so close that the 21-year-old tried to pass him at pit exit and kept up the pursuit to the checkered flag.

“It was very close,” smiled Newgarden. “I thought [O’Ward] was going to maybe back out. We were just slightly ahead thanks to my crew. My pit crew has been just unbelievable. I think they’ve been fast or fastest in the majority of races we’ve been in. They’re so good on pit lane. We’ve been dialed in, the way we stop, launch, everything dialed in metrically.

“We just got ahead of him. I was curious. I moved on him just a little bit to try and show him that we were ahead. I thought maybe he would lift out. Made sure I hit the button just right on the cone so he didn’t get a good jump. I was just kind of surprised to see him holding on the outside. He did a great job.

“We gave each other room. We went two-wide. We raced all the way to Turn 3. I think the first thing I would say is he’s doing an amazing job. Pato has been a real talent. I always believed he was a strong driver, was going to do well in IndyCar or anywhere he ended up. It’s nice to see him find his success and doing a great job.

“He drove me well, drove clean. Certainly deserved to be up there and had a shot at winning the race, as he should. Pretty fun to be in that fight at the end.” 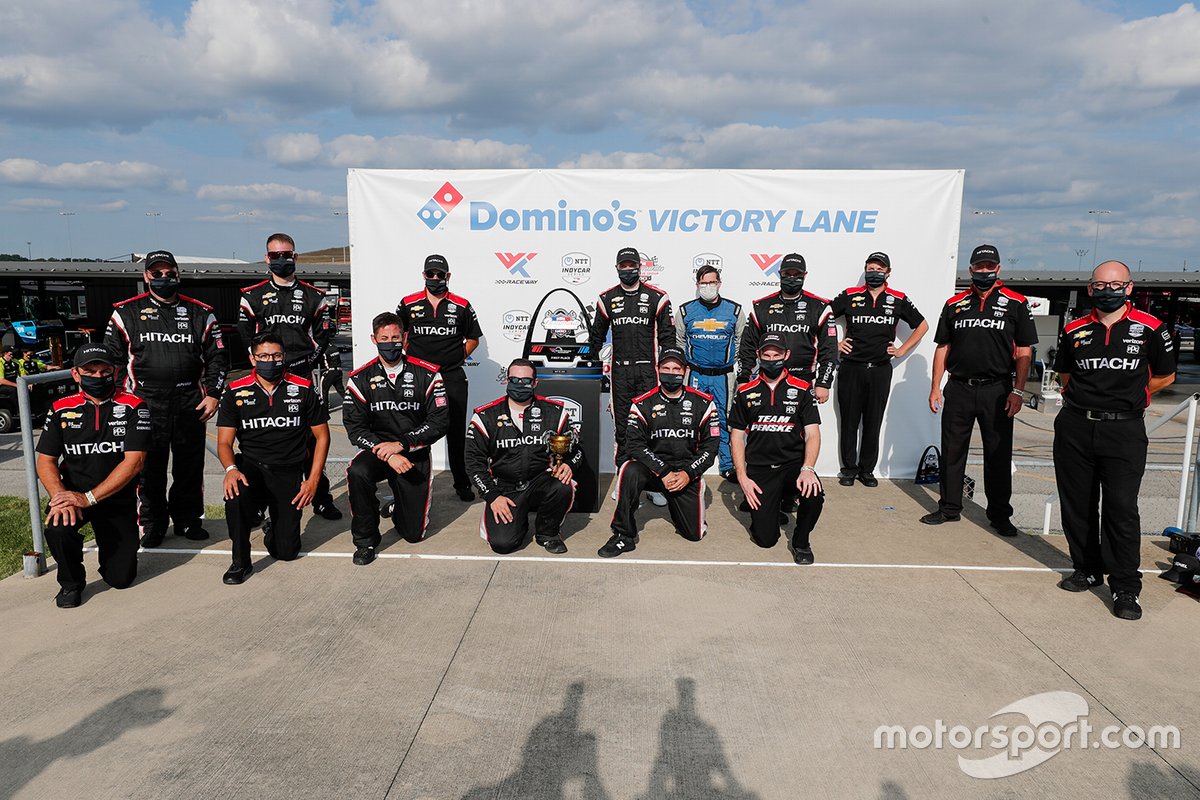 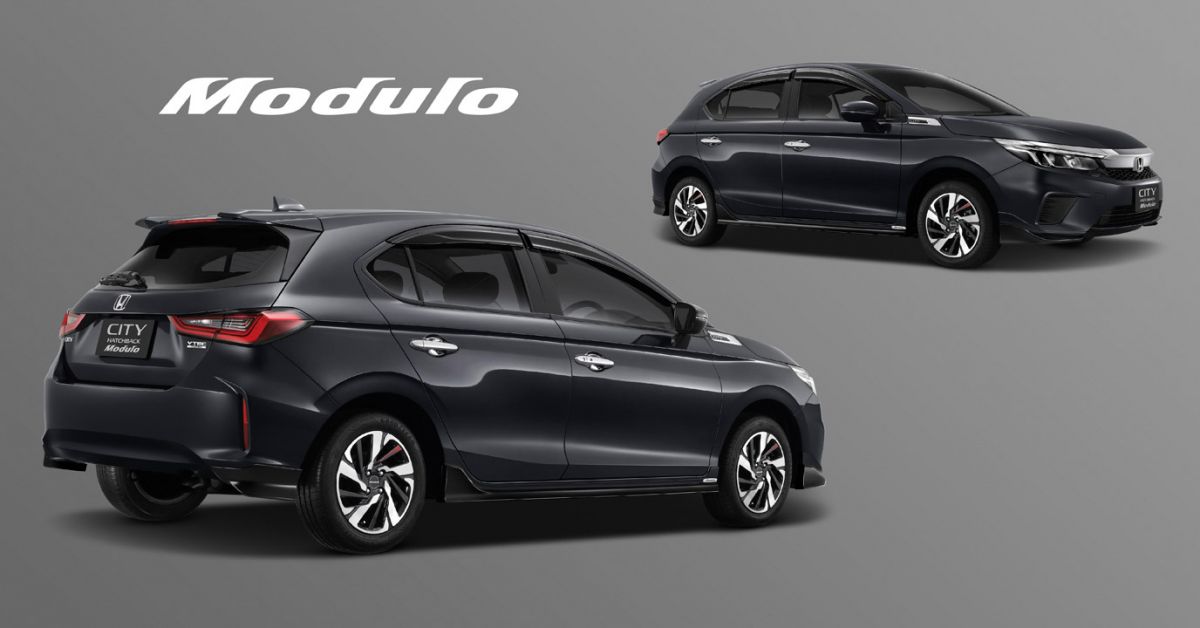