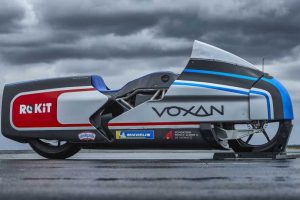 Not all bids for land speed records devolve into PR nightmares for those who attempt them. Some, like Voxan Motors’ shot at the record for fastest electric motorcycle, go off without a hitch. Almost, anyway.

We say almost because the Venturi-owned motorcycle manufacturer originally planned a grand assault on said record for this past July, at the world’s largest salt flats—the Salar de Uyuni in Bolivia. But like everyone else, Voxan had to scale down its aspirations for 2020 and instead used the 2.17-mile runway of Marcel Dassault Airport in Châteauroux, France. There, despite the relatively tight confines for a land speed record, a Voxan electric motorcycle bested the world record for electric bikes of 204 miles per hour, set by the Mobitec EV-02A at last year’s Bonneville Motorcycle Speed Trials. 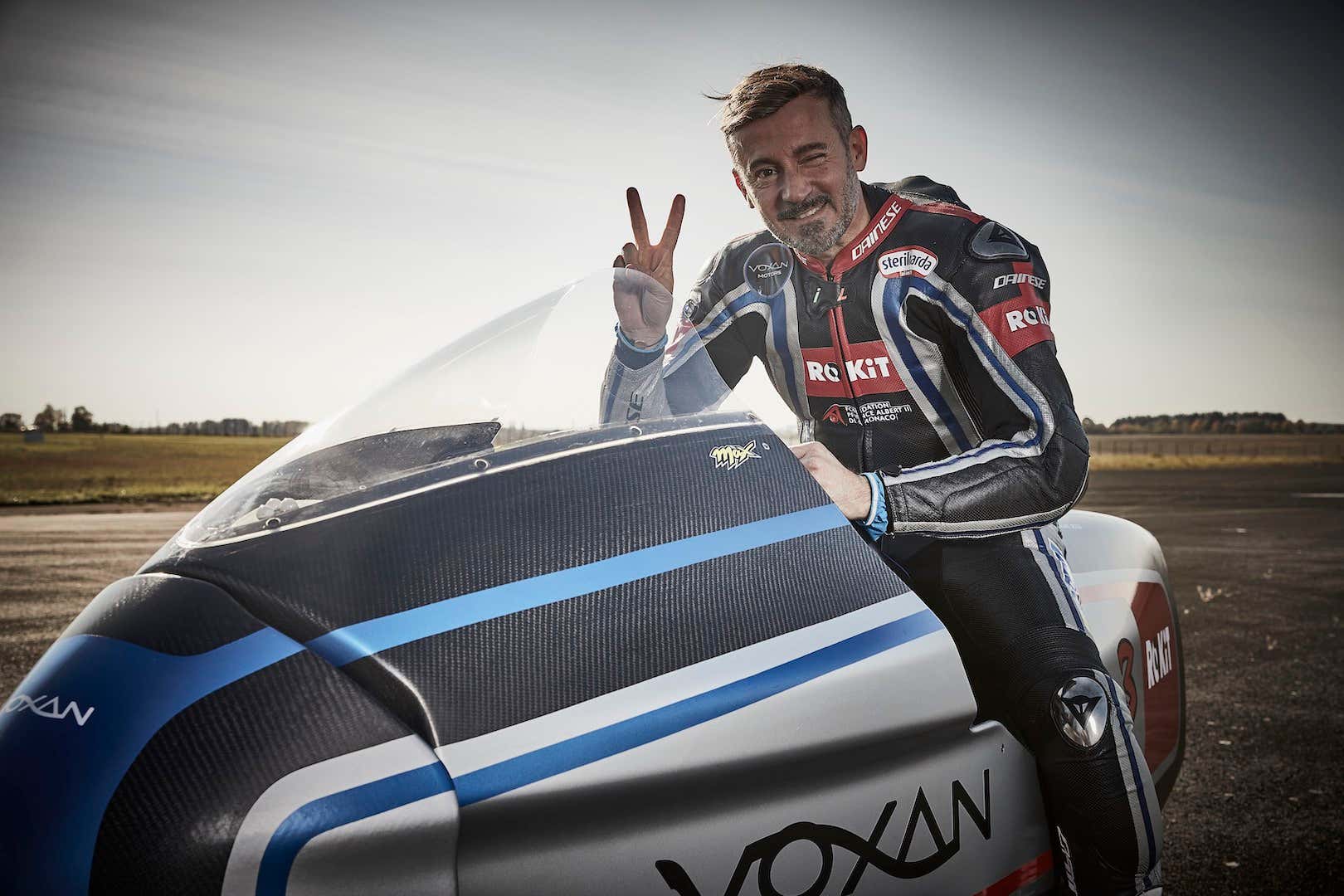 To trounce said record, Voxan heavily modified its electric Wattman bike, fitting a 367-horsepower motor and a drag-reducing faring, one which classifies it as a “partially streamlined” vehicle. Under double Superbike World Championship winner Max Biaggi, the semi-slicked Wattman hurtled down the runway, momentarily reaching a speed of 254 mph. In accordance with FIM top speed record regulations, Biaggi rode the bike down the same one-mile stretch of runway in the opposite direction, attaining a two-way average speed of 228 mph. 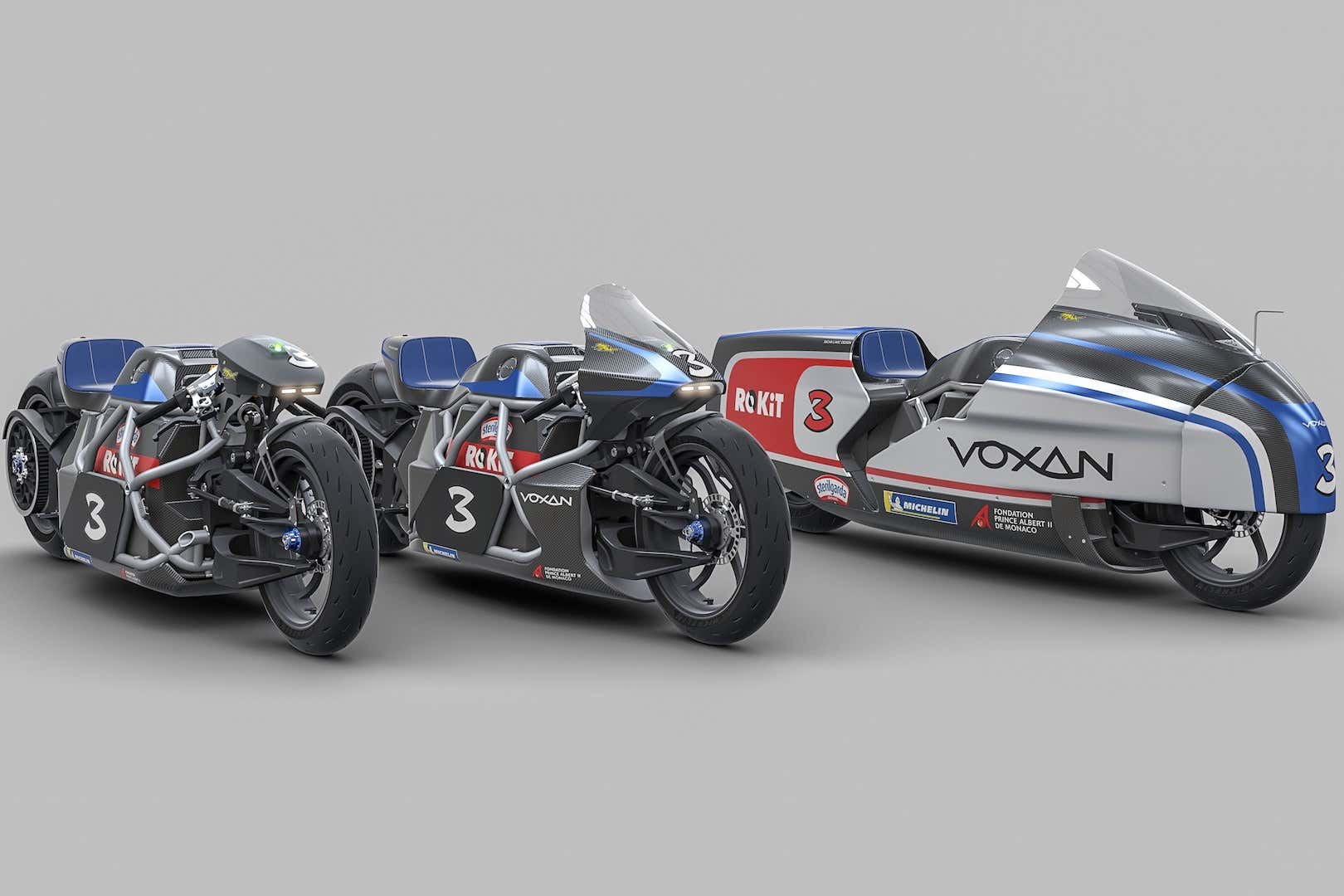 Biaggi repeated the stunt on a second, non-streamlined yet equally powerful Wattman, pushing the bike briefly to 231, a speed averaged over a second run in the opposite direction to 217. This and other runs over the weekend claimed a total of 11 electric motorcycle speed records for Voxan, eight of which were newly established.

If the threat of COVID-19 is beaten back by next summer, Voxan promises to follow through on its plans for Bolivia, where it hopes to achieve a two-way averaged top speed of 249 mph. Voxan pledges to attempt further speed records through the end of 2022, by which time you can probably expect dozens of dubious comparisons to the Harley-Davidson LiveWire or Suzuki Hayabusa. Assuming you can even buy one of these 367-horsepower, 661-pound behemoths, that is—we’ve reached out to Voxan to verify whether it’ll sell bikes like its record-holders, and we will update when we receive a statement. 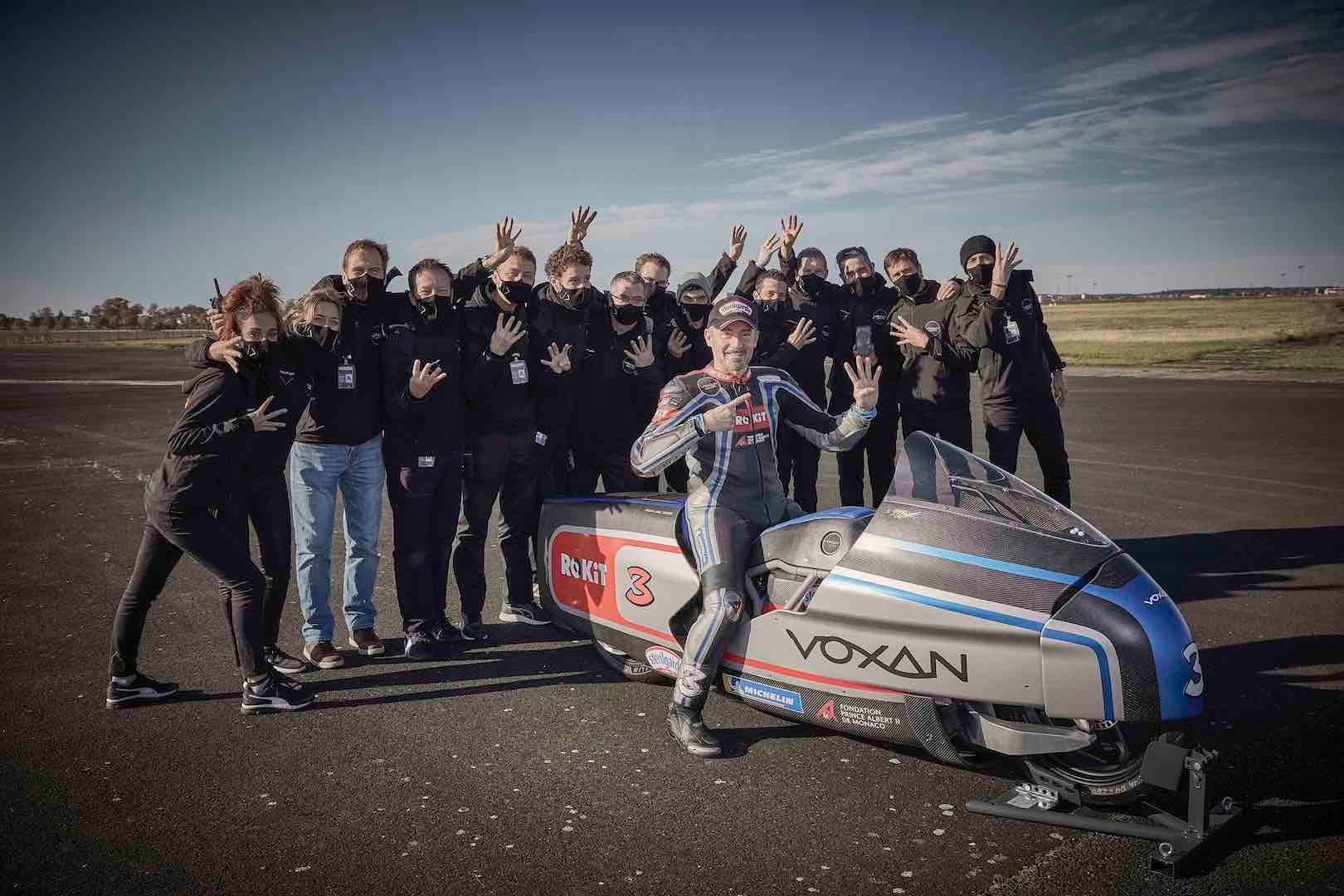 Biaggi and the Voxan team