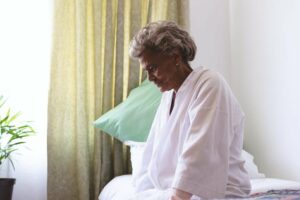 Recent data from Statistics Canada on our country’s demographic shift to an aging population highlights Canada’s evolving future. How we respond to these changes will determine our long-term success as a nation, especially for future generations of older individuals.

As our population continues to age, more people will be affected by age-related health conditions, including dementia. More than 500,000 Canadians are living with dementia and this number is forecast to at least double over the next two decades. These figures do not include potential cases of young onset dementia, which is not tracked for people who are diagnosed under the age of 65, an omission that should be rectified immediately.

Canada’s multicultural population, paroxetine postnatal depression which has been fueled by successive waves of immigrants since the 1960s, means a much larger percentage of people living with dementia in the future will be those from diverse cultural and ethnic backgrounds. Recent research from the United Kingdom shows a sharp surge in the number of racialized people with dementia based on changing demographics.

This presents a unique challenge for those involved in dementia research. Much of this work has not included individuals from underrepresented groups, such as those from ethnically diverse populations. Studies that are used to make important policy, clinical and investment decisions in dementia lack the appropriate data representing a diverse Canadian population, leading to a one-size-fits-all approach that, in the end, serves no one well.

This drawback has significant consequences in the future, as research from other countries has shown underrepresented groups are often at increased risk, tend to experience dementia differently, often with poorer quality of care, later diagnoses and at possibly higher rates than the general population.

We have already witnessed the challenge arising from the absence of this type of data during the COVID-19 pandemic as individuals from underrepresented groups who live with dementia are disproportionately and adversely affected by the pandemic.

But it doesn’t have to be this way. Canada’s national dementia strategy contains two key principles we must embrace: respecting the diversity of those living with dementia to meet their distinct needs, while also supporting their basic human right to autonomy and dignity.

Efforts to provide culturally sensitive and diverse educational materials on dementia and its effects on individuals of all ages and their families must be increased. This will support Canadians who are affected by dementia to make informed choices on care plans and treatment options, which in turn can encourage participation in research to transform care.

The Alzheimer Society of Canada and its provincial partners have already begun to make materials available in various languages, such as Hindi, Spanish and Chinese that also take a culture-first approach. This important work should be supported, amplified and resourced by the federal and provincial governments.

Community-based interventions are urgently needed. While many people with dementia can live long and fulfilling lives after their initial diagnosis, as the disease progresses, some will lose their grasp of English or French if those are not their first language. For those people, the presence of experienced individuals living in the community who can address them in their native language or who are sensitive to their specific needs will help break cultural barriers and barriers to accessing services.

There also needs to be more dialogue with Canada’s underrepresented populations on how to best provide services and how to engage them in research. Recognizing the expertise within local communities and co-designing programs with and for people living with dementia will result in the best possible design, outcomes and buy-in.