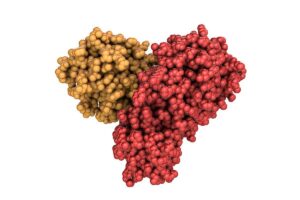 The emergence of the severe acute respiratory syndrome coronavirus 2 (SARS-CoV-2) in December 2020 led to a worldwide outbreak of coronavirus disease 2019 (COVID-19) that has claimed more than 6.2 million lives as of April 2022.

The development of vaccines was expected to help suppress the spread of the virus, but vaccine hesitancy coupled with the appearance of immune escape variants belied this hope.

This has lent new impetus to the search for new or repurposed antivirals with activity against this virus.

A new paper, which appears in the journal Pharmaceuticals, describes the development of new molecules with inhibitory activity against the viral main protease (Mpro) enzyme, based on rattlesnake venom.

The search for an antiviral includes the need to ensure that the compound is safe, well-tolerated and can act against new variants of the virus. Earlier antivirals like remdesivir, max daily dosage prednisone favipiravir and the lopinavir/ritonavir combination have not shown much effectiveness against SARS-CoV-2 in real-world settings.

After infecting the host cell, SARS-CoV-2 produces two large polyproteins from its ribonucleic acid (RNA) genome. These are subsequently cleaved into a number of non-structural proteins by the viral Mpro and other viral proteases, to facilitate replication and transcription. This will eventually lead to the production, assembly and release of new virions.

The Mpro, also called 3CLpro, is a cysteine protease, existing in the homodimeric form with a non-canonical catalytic Cysteine-Histidine (Cys-His) dyad in the cleft between two of its three domains. This enzyme has no close human homologs, and is essential to the viral lifecycle. This makes it a good choice for antiviral drug targets.

Antimicrobial peptides (AMPs) have been a rich source of potential drug candidates to counter viruses and other pathogenic microbes. AMPs are in use for several diseases related to viruses, such as Zika, Dengue and Influenza A. One of such is crotamine.

Crotamine is a small polypeptide found in the venom of the South American rattlesnake, Crotalus durissus terrificus. This peptide can penetrate the cell wall and is highly bioactive, mainly due to its cationic surface properties. It is particularly specific in its attack on rapidly multiplying cells, and is part of the category of novel cell-penetrating polypeptide (CPP) nanocarriers.

Like other CPPs, it enters target cell types within 5 minutes. In the current study, the small peptide sequence Crot_27–39 (crotamine derivative L-peptide-1, L-CDP1) in modified form, and its D derivatives, were studied for their inhibitory properties against the SARS-CoV-2 Mpro.

L-CDP1 as well as its modifications, such as L-CDP2, L-CDP7, and L-CDP8 peptides, were found to inhibit over 80% of Mpro activity in a dose-dependent manner. While crotamine inhibited the enzyme completely at a concentration of 300 µM, with a half-maximal inhibitory concentration (IC50) of 40 µM, L-CDP1 produced complete inhibition at 30 µM, with the IC50 being >2 µM.

L-CDP2, where all cysteines were replaced by serine, and the IC50 went up to 5 µM. With Cysteine at position 36, substitution leads to the formation of LCDP-7, which is more efficient at inhibition. L-CDP-7 and L-CDP-8 had an IC50 of 1.5 µM, with complete inhibition at 60 µM.

Further analysis showed that conformational changes occur with cysteine substitution. The three top inhibitors, namely, L-CDP1, L-CDP7, and L-CDP8 peptides, were found to be competitive inhibitors, interacting with amino acids at the site of catalysis or the substrate-binding site, to block the entry of the substrate to the active site.

The greatest binding efficacy for Mpro was observed with the L-CDP1 receptor. The substitution of cysteine for serine led to the loss of a sulfur group and the gain of a hydroxyl group, changing the protein’s secondary structure and its interaction with the protease. The cysteine residue is thus key to the entry of the peptide into the cell and the inhibition of Mpro.

The D-enantiomers, formed to evade the breakdown of these peptides by endogenous enzmes, are less immunogenic and more bioavailable than the L-forms. Their IC50 values rose slightly, but they produced the same type of competitive inhibition as the L-forms. For D-CDP1 and D-CDP7, the IC50 values were 5 and 2 µM, respectively.

Importantly, no steric hindrance was observed. Moreover, D-CDP1 interacts with Mpro about ten times more strongly than D-CDP7, as with the L-forms. These compounds did not show aggregation-based inhibition, and remained stable over time, producing a constant inhibition of the enzyme over 24 hours.

Neither of the D-enantiomers were cytotoxic at the IC50 values. In vitro assays showed that both inhibited SARS-CoV-2 replication in cell culture, leading to a twofold reduction in viral RNA. This is not clinically significant but indicates that these compounds do possess antiviral activity within infected cells, specifically inhibiting viral replication.

Analysis of the structural representation of these compounds showed that the substitution of serine for cysteine changes the interactions between the peptides and the enzyme since cysteine forms hydrogen bonds with tryptophan in the peptide, which is responsible in part for its secondary structure. These residues in L-CDP1 fit the binding pockets of the enzyme.

With L-CDP7, other tryptophan residues continue to take part in binding at other sites, showing that the primary S2 site prefers aromatic amino acids. Both these compounds fitted well into the binding site of the Mpro enzyme.

The screening of compounds derived from rattlesnake venom has thrown up cationic peptides with high cell penetration properties. As D-enantiomers, they are very stable, selective, and specific for the Mpro enzyme.

Further research will be needed to confirm that the site of action of these compounds is indeed the Mpro enzyme, how they act, and the optimal composition of each peptide. This could lead to the development of therapeutic compounds against SARS-CoV-2 and related coronaviruses.