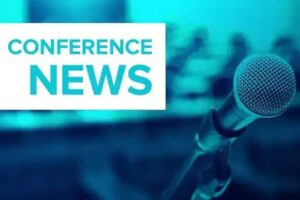 SAN FRANCISCO — Children who live in neighborhoods that are at the bottom of the socioeconomic ladder are at significantly greater risk for being admitted to a pediatric intensive care unit (PICU) and of dying there, a study of Medicaid data showed.

Among more than 4 million children and adolescents in 12 US states, seroquel take with effexor those in the most socioeconomically deprived quartile had a significantly higher risk for PICU admission and in-hospital death compared with patients from the least-deprived areas.

“I think we need to do better work for trying to understand the mechanisms behind these disparities, and whether they can be intervened over in a hospital setting, and to try to identify targeted interventions,” she said during a presentation at the American Thoracic Society International Conference 2022.

During her residency in pediatrics at Children’s Hospital of Philadelphia, Mitchell and colleagues conducted a study to determine whether there were disparities in PICU admissions and mortality according to socioeconomic deprivation in specific neighborhoods.

They created a retrospective cohort study of Medicaid patients from birth to age 20 who were covered from 2007 through 2014 in 12 US states, using ZIP codes to identify areas of social deprivation.

They restricted the analysis to children from households with annual incomes below 150% of the federal poverty line and divided the cohort into socioeconomic quartiles.

A total of nearly 4.1 million children and adolescents were included in the sample. Of this group, 274,782 were admitted to a PICU during the study period.

The median age of children admitted to a PICU was 4 years (interquartile range 0-15), and slightly more than two thirds (68.5%) had a chronic complex condition.

The mortality rate among all patients admitted to a PICU was 2.5%.

In univariate logistic regression analysis, the odds ratio (OR) for PICU admission among children living in the most impoverished circumstances was 1.21 (P < .0001).

Among all patients admitted to a PICU, the OR for death for children in the most deprived quartile compared with the least deprived was 1.12 (P = .0047).

Mitchell said that clinicians need to move beyond describing disparities and should instead begin to focus on interventions to eliminate or reduce them.

She noted that children in poor neighborhoods may be more likely to receive care in lower-quality hospitals or may be treated differently from other children when hospitalized because of their socioeconomic status.

A pediatric pulmonary specialist who works in a safety net hospital told Medscape Medical News that there are multiple factors that contribute to increased risk for PICU admissions and mortality in disadvantaged neighborhoods.

“The overwhelming majority of our patients are not only of low socioeconomic status on an individual level, but also live in areas of great socioeconomic deprivation, and all of those social determinants of health are resulting in increased admissions to the PICU,” said Robyn T. Cohen, MD, associate professor of pediatrics at Boston University Medical Center in Boston, Massachusetts.

“They’re living in poor housing conditions with environmental pollution and experiencing competing priorities that prevent early access to care or the ability to obtain medications. We should be doing better to prevent that from happening” said Cohen, who co-moderated the session but was not involved with the study.

The study was supported by a grant from the National Institutes of Health. Mitchell and Cohen have disclosed no relevant financial relationships.