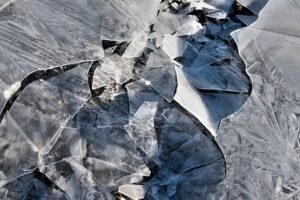 The study also suggests that BVF performed after TAVR is safer and more efficacious.

“This study may provide an opportunity to standardize the indication for BVF, the optimal technique, and the postprocedural management,” Santiago Garcia, MD, concluded in a late-breaking session at the recent Transcatheter Cardiovascular Therapeutics meeting in Boston.

ViV TAVR is increasingly performed in the United States to treat failed bioprosthetic valves and represents 6% of all commercial TAVR cases, he noted. Patient-prosthesis mismatch is a limitation, especially in patients with small surgical valves, and associated with elevated postprocedure gradients and reduced long-term survival.

Intentionally fracturing the stent frame permits further expansion of the surgical valve and improves hemodynamics. Current BVF experience, neurontin alcoholic neuropathy however, is limited to small observational studies at selected sites, leaving gaps in knowledge regarding patient selection, optimal timing in relationship to the procedure, and how to define success, said Garcia, an interventional cardiologist at The Christ Hospital in Cincinnati, Ohio.

The current study involved 2975 patients who underwent ViV TAVR with the Sapien 3 or Sapien 3 Ultra valves from December 2020 to March 2022 in the Society of Thoracic Surgeons TVT registry. Hemodynamic outcomes were available in 1085 patients with a known true internal diameter of the failed surgical valve.

BVF patients had a lower Society of Thoracic Surgeons risk score; were less likely to have atrial fibrillation/flutter, cardiogenic shock within 24 hours, or a pacemaker; but more likely to have carotid stenosis, a history of prior coronary artery bypass grafting, and a higher estimated glomerular filtration rate. In patients with vs without BVF, the mean aortic valve area was 0.85 vs 0.90 cm2 and mean gradient 40.5 vs 39.4 mm Hg.

After adjustment for 36 variables, patients with BVF showed higher risks for:

In terms of hemodynamics, aortic valve area at discharge increased significantly with BVF vs without (1.6 vs 1.4 cm2), starting from 0.8 cm2 at baseline in both groups.

The Importance of BVF Timing

“The long-term risk and benefit of BVF needs to be further characterized,” Garcia said.

Following the presentation, session co-moderator Harold Dauerman, MD, University of Vermont Medical Center in Burlington, called out the surprising 2.5-fold higher risk of life-threatening bleeding with BVF, despite controlling for older age, female sex, and other variables associated with vascular access complications. “I’m assuming then what you’re describing is annular rupture, pericardial effusion, and aortic dissection. Is that correct?”

“It is not,” replied Garcia. He added that they did not see a difference in complications traditionally linked to these events but that the frequency was very low at less than 1%. “We tried to understand why we see a signal and we can only speculate: Is this driven by the need for mechanical circulatory support?”

Concerns were also raised over the potential for selection bias, with operators selecting the worst cases to fracture, those patients with really small annuluses. Garcia noted that valve sizes were similar in those with and without BVF. Dauerman countered that even with similarly sized valves, the presence of a higher gradient can negatively influence outcomes.

“So, there could still be some selection bias that explains some of this,” he said. “In that regard, there also looked to be a little bit of an escape in the gradient between immediate and 30 days. We really need long-term follow-up on BVF; it’s very important. We really don’t know if we’re doing more than reducing the gradient with this procedure and how that affects the long-term outcome.”

“The second one is when you put the valve in, it’s not like you have a choice if you have a gradient of 30 [mm Hg],” he said. “You don’t walk away, otherwise you’re going to have issues of valve durability. So you are forced to do valve dilation. The question is, what should be the threshold to move forward: should it be 15, 20 [mm Hg]. That’s what we need to better refine.”