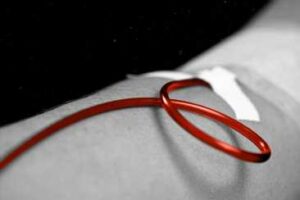 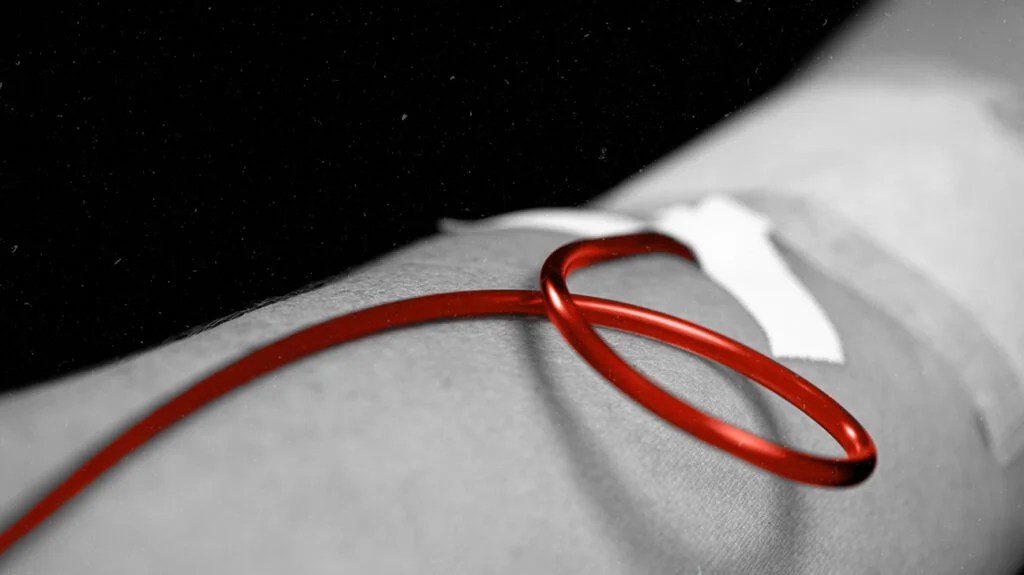 (AFib) is a heart arrhythmia in which the beating of the upper and lower chambers of the heart become uncoordinated. When this occurs, the heartbeat may speed up, slow down or become irregular.

The condition is associated with an increased risk of stroke. The Centers for Disease Control and Prevention (CDC) that it may be the cause of one in seven strokes.

The agency also reports that in 2019 AFib was responsible for 26,535 deaths in the United States and that by 2030, 12.1 million Americans will have the condition.

The front-line recommended treatment for AFib is a blood thinner, one of four , or DOACs: apixaban, dabigatran, edoxaban, and rivaroxaban. While all four DOACs are similarly effective, a new observational study finds that one may be safer than the others.

The study, in Annals of Internal Medicine, found that apixaban is less often associated with gastrointestinal (GI) bleeding, a frequent side effect of DOACs.

Dr. Gregory Marcus, professor of medicine at the University of California, San Francisco, was not involved in the study. He expressed to Medical News Today enthusiasm for its findings.

“The compelling evidence favoring apixaban in this observational study fits nicely with what had already been intuitively extrapolated from randomized trials of each individual DOAC versus warfarin,” Dr. Marcus told us.

“I already favored apixaban in my practice based on previous data, but it’s nice to know that these comparisons support that practice,” he said.

“Big picture, it’s most important that atrial fibrillation patients at risk for stroke are on, really, any anticoagulant, preferably a DOAC.”

Putting the study in perspective

Cardiologist Dr. Gregg C. Fonarow of UCLA Health in California noted to MNT that he had concerns about the study: “This new study is an observational analysis using electronic health care databases from five different countries. The treatment assignment was not randomized, and thus potentially subject to selection biases and the outcome analyses to residual measured and unmeasured confounding.”

“Prior studies have shown limitations in [the] use of electronic health for reliably determining bleeding rates,” pointed out Dr. Fonarow, who was not involved in the study.

“Due to the limitations,” he said, “these findings are unlikely to influence guidelines or prescription patterns.”

“There have not been large-scale randomized trials comparing the four approved DOACs. To reliably evaluate the comparative efficacy and safety among these four agents, randomized clinical trials would be needed.”

Dr. Fonarow underscored that, “[w]hile the authors focus on differences in gastrointestinal bleeding rates, the most reliably ascertained outcomes of ischemic stroke or systemic embolization, intracranial hemorrhage, and all-cause mortality showed no differences among the four agents.”

“Sometimes,” Dr. Marcus pointed out, “neither we as prescribers nor patients have the luxury to select one agent over another, often due to insurance coverage.”

“I therefore view [the] selection of one particular DOAC over another as icing on the cake, given the tremendous benefit of really any of these drugs in preventing stroke, death, and other complications in appropriately selected patients,” he added.

Why apixaban may be easier on the GI tract

Dr. Marcus hypothesized that dosing may be a reason for apixaban’s apparently reduced risk of GI bleeding: “As a once-a-day drug, Xarelto [rivaroxaban] exhibits a pretty steep peak level in order to avoid too low a concentration at the trough, whereas apixaban may deliver more of a steady level with its twice a day dosing.”

“Dabigatran requires acid for absorption and the heightened risk of bleeding with that drug is often attributed to the acid that is inherent to the drug to help facilitate that absorption,” he explained.

The authors of the study also looked at outcomes for people over 80, or with chronic kidney disease, and found no significant difference between the four DOACs in efficacy.

“Those over 80 tend to be at both a higher risk for stroke and for bleeding and therefore can be both challenging to treat, but also those most in need,” explained Dr. Marcus. “Chronic kidney disease is relevant because there is substantial variability in drug metabolism related to kidney function between the various anticoagulants.”

“Another potential advantage of apixaban over the other factor Xa inhibitors,” Dr. Marcus speculated, “is that it is much less reliant on kidney excretion and therefore, perhaps less prone to cause problems in those with chronic kidney diseases or fluctuating kidney function.”

Before the embrace of DOACs for stroke prevention, the treatment of choice was the drug warfarin.

Dr. Fonarow explained why clinicians today prefer the DOACs, saying that “[r]andomized clinical trials have compared each of the individual DOACs to warfarin in patients with atrial fibrillation.”

“These trials have established advantages to DOAC compared to warfarin anticoagulation in patients with atrial fibrillation who are eligible for oral anticoagulation,” he noted.

Now, said Dr. Fonarow, “[n]ational and international guidelines recommend use of DOACs preferentially to the use of warfarin in patients with atrial fibrillation.”

“DOACs,” added Dr. Marcus, “are much more convenient to take than warfarin, not requiring blood draws, dose adjustments, or changes in diet.”

“In addition, all the DOACs have a significantly lower risk of intracranial bleeding compared to warfarin. DOACs are generally now considered first line for prevention of stroke and thromboembolism in the setting of atrial fibrillation, and warfarin is second line,” he pointed out.

“Of note, there are some special circumstances where warfarin, and not DOACs, remains indicated, such as among patients with or mechanical heart valves,” Dr. Marcus cautioned.