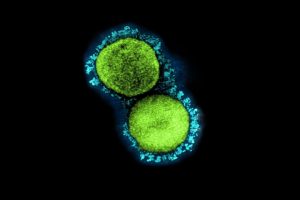 COVID-19 and hemorrhagic stroke are a deadly combination, increasing the risk of death up to 2.4 times among patients who have this pairing compared to those who only had hemorrhagic strokes, according to a nationwide study led by University of Utah Health scientists. Patients who survived had longer hospital stays, where to buy cheap prevacid nz without prescription more medical complications, and less favorable outcomes than those who did not have both conditions.

Racial and ethnic minorities and those who were obese or had diabetes were among the most vulnerable.

“This is one of the first studies to document that, in patients with hemorrhagic stroke who have comorbid COVID-19, there is a significantly elevated risk of in-hospital death,” says Adam de Havenon, M.D., senior author of the study and an assistant professor of neurology at U of U Health. “This finding warrants additional study and potentially more aggressive treatment of either condition.”

The study appears in PLOS ONE.

Recent studies suggest that COVID-19 increases the risk of ischemic strokes, the most common type of stroke, which are caused by blockages in an artery that supplies blood to the brain. However, little is known about the association between COVID-19 and hemorrhagic strokes.

The 559 patients with comorbid COVID-19 and ICH had a higher in-hospital death rate (46% vs. 18%), along with longer hospital stays (21 days vs. 10 days) and longer intensive care unit (ICU) stays (16 days vs. 6 days). Only about one in four of these patients had a favorable discharge outcome, meaning they either went home or to a rehabilitation center. In contrast, about half of the 2019 ICH patients had favorable outcomes.

The researchers found a similar pattern among 212 patients with COVID-19/SAH: a higher percentage of in-hospital death (43% vs.15% among controls), longer hospital stays (27 days vs. 13 days), and longer ICU stays (22 days vs. 9 days). Only 31% of these patients had a favorable discharge outcome, compared to 65% among the 2019 control group.

During their hospital stays, both ICH and SAH patients with COVID-19 were more likely to be intubated and have acute coronary syndrome, acute kidney failure, or pulmonary embolisms than those who had hemorrhagic stroke only.

Nearly half of patients admitted with COVID-19 did not have ICH or SAH strokes until after they were admitted to hospital. The reason is unclear, but patients admitted with COVID-19 were more likely to receive anticoagulation drugs, which could increase the risk of hemorrhagic stroke, according to de Havenon. The researchers plan to investigate this phenomenon in future studies.

While Whites accounted for more than half of the hemorrhagic strokes in the 2019 control group, Blacks, Hispanics, Asians, and other ethnic groups accounted for the majority of strokes among those who also had COVID-19. The researchers plan to follow up on these findings as well.

Among the study’s limitations was differences in hospital billing codes for ICH and SAH, which can make it hard to differentiate between them. The study also didn’t include information on anticoagulation drug dosage, which could account for some of the strokes.

For doctors, this study provides an opportunity to tailor treatments for patients with hemorrhagic strokes who have COVID-19 as a comorbid disease, says Ramesh Grandhi, M.D., a neurosurgeon at U of U Health.

“Sometimes, as doctors, we see things on a day-to-day, patient-to patient level that doesn’t help us very much,” Grandhi says. “But seeing a larger data set across a vast hospital network really allows us to see that these aren’t just isolated incidences. These are institutional trends throughout the country that could help us guide treatment and develop new interventions that lead to better outcomes for these patients.”