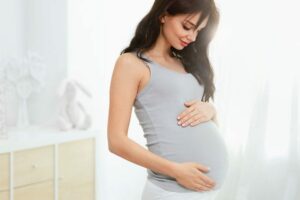 Results of two studies show that preterm birth, spontaneous abortions, and major congenital anomalies were rare with anti-CD20 drugs ocrelizumab or natalizumab, even when continued well into the third trimester. However, hematologic abnormalities were common in newborns who were exposed to MS therapies during pregnancy.

The research comes at a time when the incidence of MS is on the rise worldwide and pregnancy in MS patients is becoming more common.

“The results of our study should lead to a distinct risk-benefit discussion between neurologists and pregnant natalizumab-treated women to maintain treatment up to the thirtieth or even the thirty-fourth week of gestation, in combination with an early restart during the first 4 weeks after delivery, success rate clomid without iui ” Sandra Thiel, PhD, an investigator in one of the studies who is in the Department of Neurology, St. Josef Hospital and Ruhr University Bochum, Germany, told delegates attending the 38th Congress of the European Committee for Treatment and Research in Multiple Sclerosis (ECTRIMS) 2022.

In a second study, researchers from Spain presented results from the largest dataset of pregnancy outcomes for an anti-CD20 therapy in MS. The trial included 2020 pregnancies, most of which were followed prospectively.

The study included data on pregnancies since 2008. The largest single-year increase among participants was in the past year, in which there was a 65% rise in the number of pregnancies.

“The number of women with MS exposed to ocrelizumab before, during, and after the pregnancy is increasing and increasing,” Celia Oreja-Guevara, MD, PhD, vice-chair of neurology and head of the Multiple Sclerosis Center of the University Hospital San Carlos, Madrid, Spain, told conference attendees.

“We have more evidence, we have more knowledge, patients and physicians trust ocrelizumab more,” she added. “They know that it’s a safe treatment, and more patients are becoming pregnant.”

Oreja-Guevara highlighted a decrease in the number of elective abortions, which dropped from 50% in 2021 to 11% in the past year. The number was higher for patients with known exposure to ocrelizumab (11.5% vs 3.7%).

Among the prospective cases, ectopic pregnancies occurred in 1.8% of those who were not exposed to ocrelizumab, vs 1.4% of those exposed to the medication. The overall rate of spontaneous abortion was 11.8%, which, Oreja-Guevara said, is lower than the rate among the general population in Spain.

In the total cohort, 79.0% of pregnancies resulted in live births. Rates were similar regardless of ocrelizumab exposure. About 57% of births were full-term, and 10.0% were preterm. Gestational age was unknown in 32.9% of the cases.

Overall, 0.9% of infants had a major congenital anomaly, which Oreja-Guevara said is lower than the rate of 2% to 3% in all children born in Europe.

A Look at Natalizumab

To examine outcomes following use of natalizumab during pregnancy, researchers examined data from the German Multiple Sclerosis and Pregnancy Registry, which was created in 2006 and follows people during pregnancy and up to 6 years post partum.

Of the 350 pregnant people included in the study, 171 continued natalizumab therapy beyond the first trimester. Discontinuation occurred at a median of 30.9 gestational weeks.

Most patients did not experience MS relapse during pregnancy, but the number was higher for patients who continued taking natalizumab later into pregnancy compared to those who stopped taking the drug in the first trimester (94.8% vs 67.6%).

The researchers also examined relapse risk with respect to treatment duration after the first trimester. Significantly more women who discontinued natalizumab before the 30th gestational week experienced postpartum relapses compared to those whose treatment extended beyond that point (38.5% vs 16.0%; P = .008), especially during the first postpartum trimester (26.9% vs 8.00%; P = .009).

There were no significant differences in preterm births or major congenital abnormalities between groups. However, about half of the infants exposed to natalizumab beyond the first trimester were born with anemia or other hematologic abnormalities.

Another unexpected finding was the number of infants who were small for their gestational age (SGA). About 19% of infants born to women who continued treatment later in pregnancy were SGA. Among those in the group that discontinued therapy in the first trimester, the figure was just under 17%.

“Pregnancy outcomes were within the expected range, but a potential increased risk for small for gestational age newborns justified further investigation,” Thiel said.

Commenting on the findings for Medscape Medical News, Angie Child Jelin, MD, director of the First Trimester Screening Program and associate professor of gynecology and obstetrics at Johns Hopkins School of Medicine, said that the increase in the number of pregnant MS patients seen in their clinic could be due in part to the growing body of work on MS treatment during pregnancy.

“It’s very reassuring that these data have come out and showed how safe they are generally in pregnancy,” Jalin said.

Although hematologic abnormalities in newborns are thought to be acute, Jalin said long-term study is needed to better understand any potential lasting effects from those abnormalities, as well as any effects in SGA newborns.