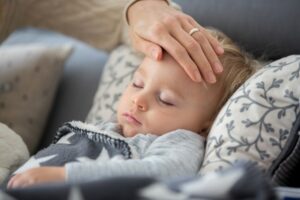 Respiratory viruses continue to cause significant pediatric mortality and morbidity throughout the world. Improvements in molecular detection and sequencing techniques over the last 15 years have led to increased identification of pathogens in common respiratory illnesses during outbreaks.

Increased awareness of these viruses, along with other emerging viruses, is not only required to provide the best treatment for pediatric patients but also to alert public health officials about novel diseases. 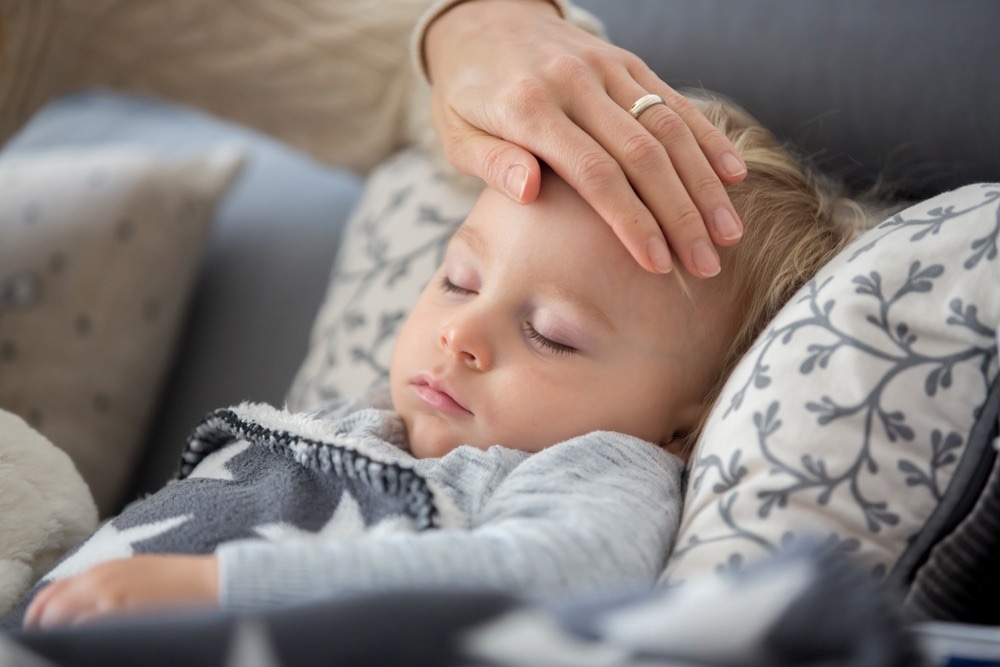 Seasonal influenza A leads to yearly epidemics, during which the prevalence of these infections varies based on antigenic drift and vaccine efficacy.

Antigenic drift arises due to minor mutations in the viral neuraminidase (NA) and hemagglutinin (H) genes. An antigenic shift occurs due to the ability of the virus to infect several animals, as well as the reassortment of the segmented genome.

Novel influenza viruses are antigenically distinct due to the complete exchange of gene segments that encode NA or H proteins. These reassortant viruses are capable of causing pandemics due to low pre-existing immunity in the population.

Transmission of avian influenza viruses to humans can occur either through close or indirect contact with other animal hosts. Although these viruses were initially adapted to birds, either reassortment or mutation with a human virus led to the 2009 H1N1 pandemic.

Previous studies have reported novel influenza A virus cases involving H5N1 that predominated in the Middle East, India, lithium toxicity uptodate and Southeast Asia. Moreover, H5N1 has been detected in birds in North Africa, Indonesia, and Eurasia. Influenza A H5N1 has been reported to cause severe disease and higher mortality in children, while H7N9 is associated with increased transmissibility.

Two common newly emerging avian influenza strains involve H10N8 and H7N9 and have been identified in China among adult patients with poultry exposure. These novel influenza strains appear to preserve their preference for avian receptors and are not well suited for human-to-human transmission, thereby making pediatric cases less common. However, they have been observed to be transmissible among mammals under controlled settings, which can place children at risk.

The clinical symptoms of infection with the novel influenza A virus are similar to previous epidemic strains, although they are more severe due to a lack of pre-existing immunity. With a mortality rate of about 60%, several fatal H5N1 cases have been reported. Additionally, patients infected with H5N1 were reported to have a higher viral load andintense cytokine response, in addition to acute encephalitis.

Three patients with H7N9 were reported to suffer from acute respiratory distress syndrome (ARDS) and multiorgan failure, two of whom were exposed to poultry. Other common findings of H7N9 infection included high levels of creatinine kinase, cytopenia, and abnormal liver function tests. Additionally, one fatal H10N8 case was reported in a patient who was also exposed to a poultry market in China.

Reverse transcriptase polymerase chain reaction (RT-PCR) is a common approach for the identification of various influenza A strains, followed by genome sequencing for the complete detection of novel strains. RT-PCR probes and primers are also available for specific avian NA and H genes to aid in providing an accurate diagnosis.

Previous studies have reported a whole-virus influenza H5N1 vaccine to be safe and effective in pediatric patients. Inactivated H7N9 vaccines are currently undergoing clinical trials. Virus-like particle vaccine candidates have also been reported to be effective in small animal models.

Influenza C, which was identified in 1950 and is a member of the Orthomyxoviridae family, is not as well described as influenza A and B. Influenza C comprises nine viral proteins and does not comprise the NA outer membrane protein, which leads to different disease characteristics and requires different treatment approaches.

Previous studies have suggested that, like other respiratory viruses, influenza C circulates throughout the world and affects people early in life. In most cases, infections with this virus occur in children younger than six years of age.

The symptoms of influenza C are similar to influenza A and B. One study reported hospitalization of children less than two years of age due to infection with influenza C as a result of bronchiolitis and pneumonia. Another study reported upper respiratory tract infections among individuals in ambulatory settings.

Influenza C has also been associated with encephalopathy, cough, and fever, with the potential to cause hospitalized pediatric community-acquired pneumonia. Nevertheless, influenza C infections often require less healthcare utilization and are associated with fewer febrile days as compared to influenza A and B infections, thus suggesting that this virus is a milder pathogen.

The diagnosis of influenza C is often achieved through the use of RT-PCR. Moreover, the virus does not show strong cytopathic effects, unlike influenza A and B.

Some studies indicate amantadine to be effective against influenza C. However, amantadine has a broad spectrum of activity and is not recommended due to its high resistance to influenza A.

Currently available vaccines do not have antigens specific to influenza C. Droplet isolation and supportive care are two available options that can be used to treat children hospitalized due to influenza C infections.

Coronaviruses (CoV) can lead to pediatric respiratory tract disease and are responsible for about 15% of common cold cases. These viruses are categorized into different genera and are capable of crossing over from animals to humans, thus increasing the risk of outbreaks.

One of the first recorded CoV epidemics was due to the emergence of the severe acute respiratory syndrome coronavirus (SARS-CoV) between 2002 and 2003. Thereafter, the structurally similar Middle East respiratory syndrome CoV (MERS-CoV) was identified in 2012 in a Saudi Arabian with pneumonia and respiratory failure.

Most MERS-CoV cases have been identified in Saudi Arabia and the United Arab Emirates; however, some cases have also been detected in the United States. Although MERS-CoV was initially reported to be closely related to bat CoVs, camels were found to be the intermediary host that resulted in zoonotic transmission.

Person-to-person transmission of MERS-CoV led to secondary hospital outbreaks. Although initial studies indicated that MERS-CoV cases often occur in adults, pediatric cases have also been observed as a result of household contact.

Although data is sparse for children, one study reported MERS-CoV infection among children with a median age of 13 years. Only two children in this study exhibited symptoms, both of whom also had underlying medical conditions. Pulmonary imaging showed bilateral diffuse infiltrates for both children.

Another study involving household contacts of MERS-CoV-infected individuals reported a secondary attack rate of 5% for children, none of whom exhibited symptoms. This suggests that the disease might be worse in adults or when the pediatric infection is due to primary transmission.

Exposure and travel history are important for the diagnosis of MERS-CoV. Serologic testing and RT-PCR can be used for MERS-CoV diagnosis. Additionally, proper specimen handling and biosafety are required for virus culture.

To date, no treatment specific against MERS-CoV has been developed. One study with subcutaneous pegylated interferon alpha-2a and oral ribavirin showed improved survival of severe MERS-CoV patients at 14 days; however, the survival was not significant at 28 days. Contact and airborne precautions are recommended for the prevention of person-to-person transmission.

Human rhinoviruses (RV) belong to the Picornaviridae family and are known to cause respiratory disease in children. A new RV species, rhinovirus C (RV-C), was detected in 2004 among children hospitalized with respiratory illness.

A total of 60 RV-C genotypes have been identified to date. Moreover, RV-C is reported to contribute to approximately one-quarter of RV infections globally and is detected year-round.

RV-C can lead to severe respiratory disease, especially among asthmatics. RV-C infections among children typically cause wheezing and supplemental oxygen.

Diagnosis of RVs can be achieved through the use of RT-PCR. Sequencing or semi-nested PCR can be used to identify the specific serotype and species. In addition to nasopharyngeal swabs, blood and stool samples can also be used for RV-C detection.

No specific treatment for RV-C is currently available. Droplet protection can be used for children hospitalized with RV-C infection.

Certain experimental antivirals have shown efficacy against RV-C in vitro. The development of an RV vaccine is complex due to the lack of cross-serotype protection and the existence of several viral serotypes.

Respiratory viruses continue to be a leading cause of childhood morbidity and mortality. The continuous evolution and mutation of viruses can lead to species-to-species transmission of novel viruses. However, molecular diagnostics and sequencing techniques can assist in the rapid detection of viruses before they become widespread outbreaks.

Healthcare practitioners must remain on high alert to prevent the outbreak of emerging viruses. To this end, they must inquire patients about their exposure and travel history to prevent person-to-person transmission of novel viruses.