symptom of low testosterone in women 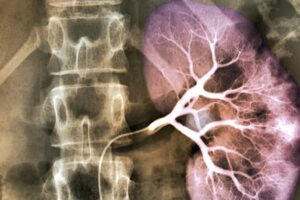 Systolic blood pressure (BP) went down safely and consistently 2 months after renal denervation achieved by ultrasound ablation in patients with uncontrolled, mild-to-moderate hypertension (HTN) in a key sham-controlled test of the balloon-equipped catheter.

The BP reductions were significant almost regardless of how they were measured—at home, in the office, during the day, at night, or over 24 hours—and weren’t dependent on baseline BP levels.

The 224-patient RADIANCE II Pivotal Study follows two earlier successful sham-controlled trials that used the same renal denervation catheter in other types of patients with HTN. They were RADIANCE-HTN SOLO, where to buy baclofen which entered patients with mild-to-moderate HTN not taking medication,  and RADIANCE-HTN TRIO, which included patients with HTN despite fixed-dose, single-pill, triple-antihypertensive therapy.

RADIANCE II, the largest of the three studies, met its prespecified primary efficacy endpoint of change in daytime ambulatory systolic BP at 2 months by showing a significant 6.3–mm Hg greater reduction in the uRDN group compared with the sham control group. There were no major adverse events at 30 days in either group.

The trial was similarly successful for the secondary endpoints of change in systolic BP measured in various other settings, including over 24 hours. Reductions after uRDN averaged 5 to 7 mm Hg greater than in the control group.

Sparse top-line results of the RADIANCE II pivotal trial were announced in July by the study’s sponsor, ReCor Medical, and were reported by theheart.org | Medscape Cardiology at that time.

Kirtane stressed in an interview that uRDN and likely any form of HTN renal denervation therapy is not a substitute for standard management. “This is really for patients in whom you’ve made best efforts to do the traditional things — lifestyle modification, medications, all of that — and yet they’re still uncontrolled.” At that point, assuming denervation therapy is available in practice, “it would be something to potentially consider.”

As a panelist after Kirtane’s formal presentation of RADIANCE II at the conference, Naomi D. Fisher, MD, who was a RADIANCE-HTN TRIO investigator, described how the treatment’s perceived intended patient population evolved over time.

“We all began with the idea that we were going to treat patients with resistant hypertension, that was going to be the first target. We have learned that those patients are far fewer than we thought,” said Fisher, who directs the hypertension service at Brigham and Women’s Hospital in Boston.

Initial estimates were that such patients with the resistant form, “meaning they require more than three drugs to control their blood pressure,” would represent 15% to 20% of patients with HTN.

“We learned from our TRIO data that if you give these patients one single combined pill, lo and behold, many of them become controlled,” she said. “There is so much nonadherence out there in the world, about 50% of our patients aren’t taking their pills. It’s a hard and true fact.”

Exclude patients who aren’t adherent and “our true resistance population becomes miniscule. So, I don’t think that’s going to be the main population” for renal denervation therapy.

More likely, she said, it would be “patients who are uncontrolled and unable to take their medications. So that is going to include nonadherence, intolerance. It’s a very large category of patients. And the priorities can be stacked in favor of those who have higher cardiovascular risk.”

How Lasting Is the Effect?

RADIANCE II can show the persistence of uRDN’s BP-lowering effect only out to 2 months so far, but the effect’s durability based on the RADIANCE program’s combined experience appears to be at least 2 years, Kirtane told theheart.org | Medscape Cardiology.

The trial “shows the well-known unpredictability of antihypertensive response. We cannot predict who responds to renal denervation and who does not, and who even has a paradoxical increase in BP,” Messerli, an international hypertension expert not associated with the trial, told theheart.org | Medscape Cardiology.

“As long as we cannot predict the antihypertensive response to renal denervation therapy, potential synergism/antagonism with drug therapy remains an educated guess,” he said.

“Hypertension is a disease that lasts years and decades. As impressive as RADIANCE II’s 2-month snapshot is, I look forward to similar or better BP data 12 and 24 months after renal denervation,” Messerli added.

How Lasting Is the Effect?

RADIANCE II entered patients with mild-to-moderate uncontrolled HTN, that is, a systolic BP at least 140/90 mm Hg and less than 180/120 mm Hg, who were receiving no more than two  antihypertensive medications. They could have no history of cardiovascular or cerebrovascular events or uncontrolled diabetes, and their estimated glomerular filtration rate (eGFR) had to be at least 40 mL/min/1.73 m2.

After a 4-week drug washout period, patients who were clinically stable with an ambulatory BP of at least 135/85 mm Hg and less than 170/105 mm Hg underwent computed tomography (CT) and renal angiography. Then, the 224 patients still anatomically eligible for the procedure were randomly assigned 2:1 to uRDN or a sham control procedure: 150 and 74 patients, respectively.

No significant differences were seen in subgroup analyses by sex, age, higher vs lower baseline systolic pressures, high vs low baseline eGFR, degree of abdominal obesity, U.S. vs European site, or whether patients entered before or during the COVID pandemic

Regulators have been accepting change in systolic BP as a surrogate for clinical endpoints in trials of antihypertensive therapy, whether pharmacologic or interventional, under consideration for approval. “That’s why safety endpoints are important to investigate” in these clinical trials, especially for invasive therapies like renal denervation, Kirtane observed.

That said, “in the longer-term follow-ups of the renal denervation therapies that are out there, including this one, there does not appear to be an appreciable decline in glomerular filtration rate, or any adverse safety signals that we see to date,” Kirtane said in an interview. “But we know that these are low-frequency events, so we have to be very vigilant, and we can’t get complacent about it.”

In RADIANCE II, there were zero adverse events within 30 days in both groups; the endpoint included death, new myocardial infarction, renal artery complications requiring invasive intervention, and hospitalization for major cardiovascular or hemodynamic-related events. Nor were there instances of new-onset renal artery stenosis greater than 70% documented by imaging at 6 months.