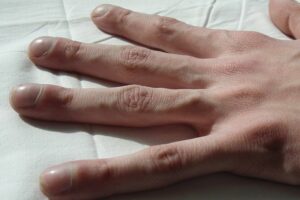 UNC School of Medicine scientists led a collaboration of researchers to demonstrate a potentially powerful new strategy for treating cystic fibrosis (CF) and potentially a wide range of other diseases. It involves small, nucleic acid molecules called oligonucleotides that can correct some of the gene defects that underlie CF but are not addressed by existing modulator therapies. The researchers used a new delivery method that overcomes traditional obstacles of getting oligonucleotides into lung cells.

As the scientists reported in the journal Nucleic Acids Research, they demonstrated the striking effectiveness of their approach in cells derived from a CF patient and in mice.

“With our oligonucleotide delivery platform, buy generic haldol nz without prescription we were able to restore the activity of the protein that does not work normally in CF, and we saw a prolonged effect with just one modest dose, so we’re really excited about the potential of this strategy,” said study senior author Silvia Kreda, Ph.D., an associate professor in the UNC Department of Medicine and the UNC Department Biochemistry & Biophysics, and a member of the Marsico Lung Institute at the UNC School of Medicine. 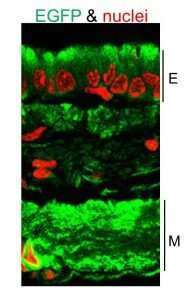 Kreda and her lab collaborated on the study with a team headed by Rudolph Juliano, Ph.D., Boshamer Distinguished Professor Emeritus in the UNC Department of Pharmacology, and co-founder and Chief Scientific Officer of the biotech startup Initos Pharmaceuticals.

About 30,000 people in the United States have CF, an inherited disorder in which gene mutations cause the functional absence of an important protein called CFTR. Absent CFTR, the mucus lining the lungs and upper airways becomes dehydrated and highly susceptible to bacterial infections, which occur frequently and lead to progressive lung damage.

Treatments for CF now include CFTR modulator drugs, which effectively restore partial CFTR function in many cases. However, CFTR modulators cannot help roughly ten percent of CF patients, often because the underlying gene defect is of the type known as a splicing defect.

Splicing is a process that occurs when genes are copied out—or transcribed—into temporary strands of RNA. A complex of enzymes and other molecules then chops up the RNA strand and re-assembles them, typically after deleting certain unwanted segments. Splicing occurs for most human genes, and cells can re-assemble the RNA segments in different ways so different versions of a protein can be made from a single gene. However, defects in splicing can lead to many diseases—including CF when CFTR’s gene transcript is mis-spliced.

In practice, though, getting oligonucleotides into cells, and to the locations within cells where they can correct RNA splicing defects, has been extremely challenging for some organs.

“It has been especially difficult to get significant concentrations of oligonucleotides into the lungs to target pulmonary diseases,” Kreda said.

Therapeutic oligonucleotides, when injected into the blood, have to run a long gauntlet of biological systems that are designed to keep the body safe from viruses and other unwanted molecules. Even when oligonucleotides get into cells, the most usually are trapped within vesicles called endosomes, and are sent back outside the cell or degraded by enzymes before they can ever do their work.

The strategy developed by Kreda, Juliano, and their colleagues overcomes these obstacles by adding two new features to splice switching oligonucleotides: Firstly, the oligonucleotides are connected to short, protein-like molecules called peptides that are designed to help them to distribute in the body and get into cells. Secondly, there is a separate treatment with small molecules called OECs, developed by Juliano and Initos, which help the therapeutic oligonucleotides escape their entrapment within endosomes.

The researchers demonstrated this combined approach in cultured airway cells from a human CF patient with a common splicing-defect mutation.

“Adding it just once to these cells, at a relatively low concentration, essentially corrected CFTR to a normal level of functioning, with no evidence of toxicity to the cells,” Kreda said.

The results were much better with than without OECs, and improved with OEC dose.

There is no mouse model for splicing-defect CF, but the researchers successfully tested their general approach using a different oligonucleotide in a mouse model of a splicing defect affecting a reporter gene. In these experiments, the researchers observed that the correction of the splicing defect in the mouse lungs lasted for at least three weeks after a single treatment—hinting that patients taking such therapies might need only sporadic dosing.