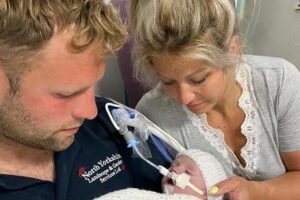 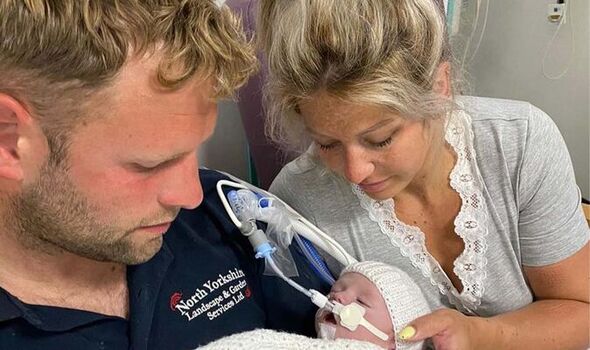 “Ronnie was born, he was alive, he was loved, but it started to become clear that he could not stay,” explained Kate Johnson. The 31-year-old will be raising money for the Neonatal Unit and Maternity Bereavement Services at James Cook University Hospital — two services which played a huge part in Ronnie’s short life.

Ronnie, who was described as “seven pounds of perfect”, death from hydroxyzine was born on June 16 and Katie does not recall a traumatic or scary labour experience. She said she joked between contractions with partner Thomas Nichols, and talked about the excitement of Father’s Day in just a few days.

There was only six hours between attending the hospital and birthing Ronnie at 9.33pm that night, TeessideLive reports. Katie said the new parents had an instant overwhelming and loving instinct to protect little Ronnie.

Katie, from Great Ayton, described on her Just Giving page how “the next stages of Ronnie’s life happened so fast, in a blur of both delirium and fear. Ronnie was born, he was alive, he was loved, but it started to become clear that he could not stay.”

She said: “We were able to hold him while he took his last breaths and he was able to be peaceful away from all the machinery. There will never be enough time but we got to spend all the time we could with him.

“We got to do everything first-time parents do like a giving him a little bath, changed his nappy. If I could change anything it would be that we didn’t have to go through this and nobody else did. 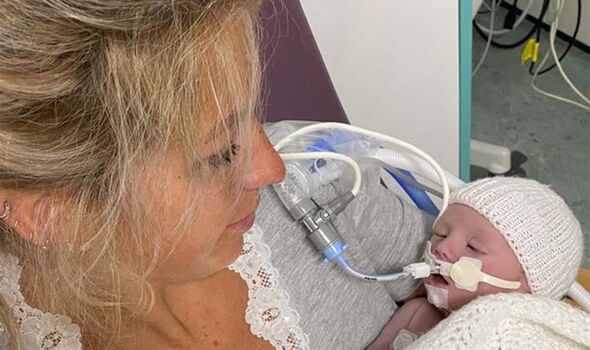 “The only thing we can do is help the other people who find themselves in this situation and make sure there’s always something coming in. If there is a need for specialist equipment such as a cooling mat that helped Ronnie then we want to.”

The neonatal team worked endlessly through the night to improve Ronnie’s condition and the parents stayed by his side until sunrise. She said it is believed there were complications with the umbilical cord during birth.

On the morning of June 17, the couple had to face the most difficult decision and agreed to withdraw active treatment and keep Ronnie comfortable. Katie, who works as an occupational therapist, will be running the Middlesbrough 10K alongside partner Thomas and a group of friends in September and hopes to use Ronnie’s name and story to help others affected by similar situations.

She said charitable funding helped the couple on their journey, and they hope their efforts can return that support to others. Fundraising efforts from others enabled Katie and Thomas to make priceless memories with Ronnie.

The neonatal unit staff recorded his heart rate and put the recording in a teddy, printed handprints and footprints and gave the couple a memory box with a storybook inside. All of the items provided were thanks to fundraising efforts from charities and individuals, such as Maisie’s Hope. 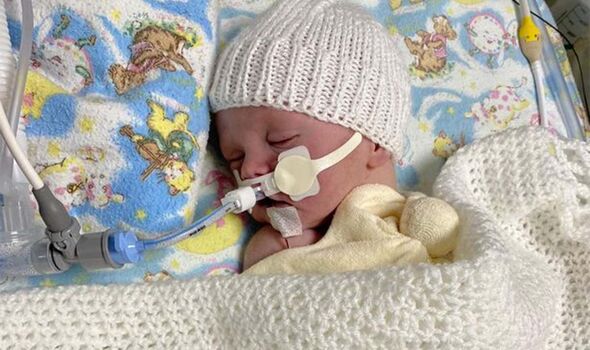 Katie said the teddy was especially important to them because Ronnie’s heart rate was so strong despite the birth complications. She said: “I suppose we just understand the devastation on a level I could never describe.

“We want to try and make sure if anybody finds themselves in this situation, at least they can have the keepsakes and the memories. Even now it sounds ridiculous, I’m here saying how nice it is to have a footprint and handprint when obviously all you really want is to hold their hand in real life.

“Nobody should be leaving the hospital with a memory box instead of a baby but we need to make sure there is something and there are things you can hold onto for the rest of your life.”

On her Just Giving page, Katie wrote: “It’s not just our hearts aching for him, Ronnie was born into a loving family, he managed to meet his grandma and grandad, and aunties and uncles, in such a short time he made such a big impact. A quote on the wall in the room we were in read ‘the smallest footprints leave the biggest prints in our hearts’. We all agreed.”

She continued: “Ronnie will always be our first born, and hold a very special place in our hearts. We grieve for him, and all the things we had planned that we never got to do with him. In our time as parents Ronnie taught us how to love harder than we knew.

“He was the one who made us mum and dad, and more than that, he made us a family, leading us to support each other through this impossible time of sadness. Through Ronnie we are learning courage; the power to go on when we don’t feel we have the strength.

“Whilst Ronnie is laid to rest, we work together to move forward, but we will never move on.”

You can donate to Katie’s Just Giving page here.