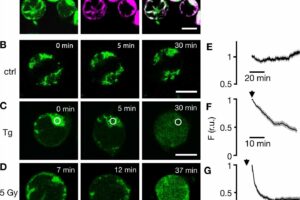 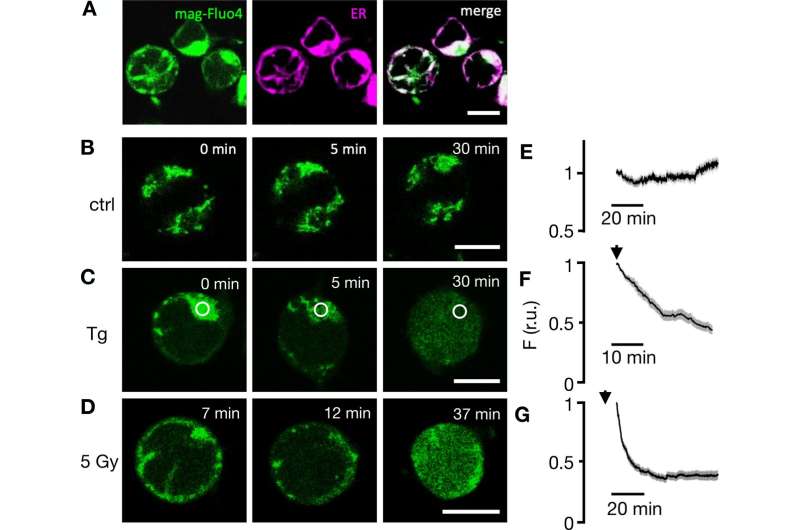 Radiation therapy is a proven approach to destroying tumors. However, it is possible that it might be able to do even more in the future—namely stimulate the immune system at the same time and so fight cancer even more intensively. The foundations for this have been laid by researchers led by TU Darmstadt. They have found that X-rays trigger a calcium signaling cascade in cells of the immune system. The results have now been published in the Journal of General Physiology.

Ionizing radiation is successfully used in cancer treatment to kill tumor cells. Over the past two decades, it has become clear that treatment success can be increased even further if the radiation treatment is combined with measures to stimulate the immune system. In this context, a new study being carried out with biologists from TU Darmstadt and the GSI Helmholtz Center for Heavy Ion Research plus researchers from the clinics of the Frankfurt and Homburg universities is attracting attention. The researchers report in the Journal of General Physiology that the desired stimulating effect on the immune system is triggered directly when T-cells are also irradiated by X-rays. Dominique Tandl, researcher at the Department of Biology at TU Darmstadt, and her co-authors demonstrate in the recently published study that clinically relevant doses of X-rays in T lymphocytes trigger a signaling cascade that is typical of the immune reaction that begins with the release of the messenger substance calcium (Ca2+) from internal stores.