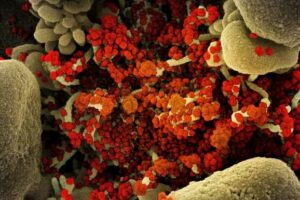 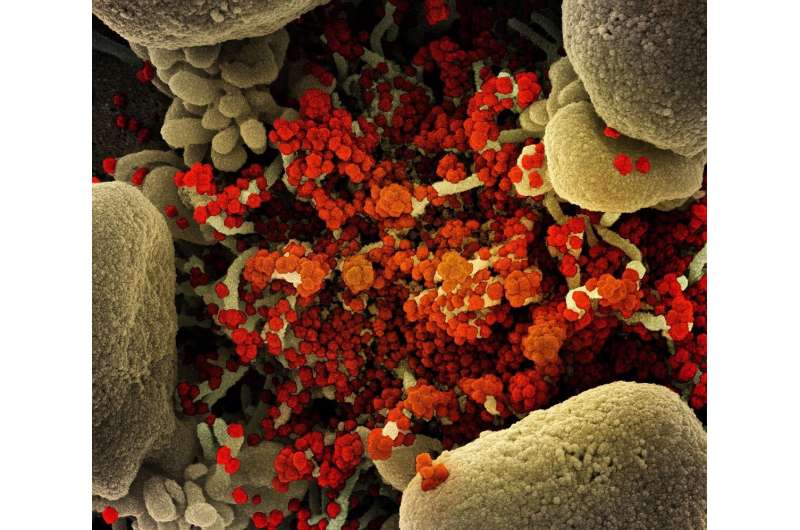 An interdisciplinary research team has developed a fast, cost-effective method to detect the circulation of SARS-CoV-2 variants. SARS-CoV-2 is the virus that causes COVID-19. The team, funded by the National Institutes of Health’s Rapid Acceleration of Diagnostics (RADx) Tech program, adopted a customizable genotyping approach to identify known variants and subvariants. The approach can augment current surveillance methods that use comprehensive next-generation sequencing of virus samples, helping focus sequencing efforts on samples representing unknown and emerging variants.

In their study, which published in the Journal of Clinical Microbiology, can you take amoxicillin antibiotics when pregnant the research team proposed that genotyping could be effectively used for SARS-CoV-2 variant classification. Genotyping is a relatively low-cost, high-volume laboratory technique used by thousands of clinical laboratories across the country with minimal hardware and software requirements. The technique zeroes in on genetic reference points, or markers, and limits the intense process of sequencing a 30,000 base-pair SARS-CoV-2 genome to a focus set of about 45 or less of the relevant alterations that distinguish the variety of subvariants in circulation at a given time. It is performed with polymerase chain reaction (PCR), a technique that already makes up a portion of the laboratory testing for COVID-19. The team showed that known variants can be successfully identified in one to two days, for a fraction of the cost of next-generation sequencing.

The research team is part of the RADx Tech program Variant Task Force (VTF). RADx Tech is led by the National Institute of Biomedical Imaging and Bioengineering (NIBIB) at NIH. “The work of the task force offers a method that can be widely adopted and improve data gathering and reporting,” said NIBIB Director Bruce J. Tromberg, Ph.D. “As variants of SARS-CoV-2 continue to emerge, it is critical to know where they are spreading and how rapidly, so countermeasures can be implemented. With this method we can develop new assays and get them into labs about two weeks after identifying a new variant.”

While reported cases of COVID-19 have topped 400 million globally, only a fraction of positive test samples are sequenced—around 5% in the United States. Sequencing a viral genome, while necessary to discern unknown variants that arise, is costly and can take from two to three weeks. Adding to the complexity of sequencing, only about half of the positive samples have sufficiently detectible RNA for quality results and sequencing runs are performed in batches, sometimes delaying timely reporting of results. In summer 2021, when the Alpha variant was in decline and the Delta variant had emerged in the United States, NIH’s RADx Tech program took on the challenge of assessing alternative methods for variant tracking that were faster and more efficient.

In a simulation with sample data from prior to September 2021, the RADx Tech VTF team worked closely with a bioinformatics research platform company, Rosalind, Inc of San Diego, to design a panel of markers both for detection of the virus—or positivity—and variant identification. They assigned three markers for determination of positivity and a combination of 45 others for identification of the then top 10 most prevalent variants according to the World Health Organization (WHO): Alpha, Beta, Gamma, Delta, Epsilon, Eta, Iota, Kappa, Lambda, and Mu. The results of genotyping agreed with sequencing in at least 96% of positive-result samples and at least 99% of negative-result samples.

Subsequently, they were able to reduce marker redundancy and condense the number of markers from 48 to 16, with nearly as effective performance for variant identification. With each reduction in markers built into the genotyping panel, the researchers could project a proportionate savings in cost and time. Upon the emergence of Omicron, the team further streamlined the panel to consist of only four markers to cover circulating variants (Delta and Omicron); a positive sample without a variant match could then be proposed for next-generation sequencing.

“The genotyping platform is commonly available in thousands of clinical and research labs in the country,” said Eric Lai, team leader with the RADx Tech VTF. “Potentially, if this testing approach is further developed and authorized for clinical use, a hospital lab could order the reagent, validate the assays and perform genotyping on a single sample within a couple of hours to learn whether a person has COVID-19 and with which variant they are infected.” He also noted that the faster turnaround, compared to next-generation sequencing, could help inform decisions, such as tailoring monoclonal antibody treatment.

The team contracted with Rosalind to develop a free, public dashboard that displays state-by-state the positivity rate and percentage of each variant in circulation, illustrating how genotyping and sequencing work hand in hand as part of the surveillance framework. This tracking tool—the ROSALIND Tracker for COVID-19—could become increasingly powerful as more public health and private testing labs adopt this genotyping approach and contribute their data to infectious disease authorities. Under contracts with NIH, testing laboratories at Aegis Sciences Corporation, Nashville; Helix, San Diego; and the University of Washington Medical Center, Seattle, have adopted the genotyping approach and are contributing data to the ROSALIND Tracker. NIH contracted with Thermo Fisher Scientific, South San Francisco, to supply instruments, consumables, reagents, software, and single-nucleotide polymorphism marker assays required to run the genotyping assay.

Since the research reported in the paper was performed, the team has further developed the technology to identify subvariants of Omicron based on the recent variant landscape. Within weeks, genotyping panel markers were updated to distinguish between BA.2, BA.2.12.1, BA.4, and BA.5. “That adaptability and how fast we can reposition our markers is very important,” said Lai.