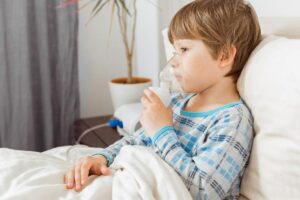 Among the most common viruses causing viral respiratory disease is the respiratory syncytial virus (RSV), with the greatest burden of disease in infants and young children.

Many researchers have tried to reduce this burden via RSV vaccines and antivirals. Now, a new study, published online in the journal Viruses, describes the antiviral activity of the approved drug probenecid against this virus.

RSV causes over 150,000 hospitalizations among children each year, and hundreds of millions of dollars are spent on healthcare expenditures due to this pathogen.

At present, oxycodone addiction bluelight only ribavirin and palivizumab are known to have any activity against RSV, that too with mixed results. In fact, the emergence of resistance mutations to the latter, which has to be given monthly by injection to high-risk infants throughout the RSV season, will reduce its efficacy considerably from the current 50% decrease in RSV-related infant hospitalizations.

Repurposing is an accepted approach whereby already approved drugs are successfully shown to be effective for another indication, cutting down on drug development costs and the timeline for approval and marketing. One way is to examine the pathways whereby viruses interact with their hosts, so as to identify druggable targets.

For instance, finding a host cell protein that is required for viral replication could help identify a drug that targets that protein.

This could help find an antiviral that acts against multiple viruses via a common pathway. In the current paper, the researchers performed high-throughput screening (HTS) along with RNA interference (RNAi), in order to silence specific host genes and thus find out which of the host genes and cellular pathways are important as druggable antiviral targets.

The current study builds on earlier work by the same team to find genes of potential importance in the inhibition of influenza A virus (IAV) replication. Here, they had found that organic anion transporter-3 (OAT3) gene is essential in this process, and that the OAT3 or SLC22A8 gene is inhibited by the approved uricosuric drug probenecid.

In this way, probenecid was able to drastically reduce the replication of IAV in cell cultures and in mice. The SLC gene family is common to humans and mice. When cells in culture were induced to express siRNA that targeted the OAT3 gene, IAV replication stopped. The specificity of this action was indicated by the inability of OAT1, OAT2, OAT4 and OAT7 inhibitors to achieve the same result.

Probenecid is both involved in uric acid excretion in urine and in OAT3 inhibition, and is used widely for the treatment of gout. It is well tolerated and has few adverse effects, but may have other effects on the inflammatory system via its action on other ion channels. The fact that it does not target RNA-dependent RNA polymerase attracted the attention of the current team of scientists.

The use of probenecid in three different cell lines and in mice showed a marked drop in RSV replication, as expected from earlier studies involving influenza virus and the currently circulating severe acute respiratory syndrome coronavirus 2 (SARS-CoV-2). No toxicity was evident.

The drug had equivalent efficacy against RSV A and RSV B. The same results were observed with RSV-infected mice, with a significant reduction in virus load. This was mediated via a reduction in OAT3 expression. When pretreated with probenecid, cells became resistant to RSV replication, with the half-maximal inhibitory concentration (IC50) against RSV A2 being <0.1 uM, and against RSV B1 0.85 uM.

In other words, this drug affected RSV replication at nanomolar concentrations, which is very much lower than the concentration required to inhibit IAV replication. Both pre-treatment and post-exposure administration of probenecid showed the ability to reduce lung viral titers, corresponding to the prophylactic and therapeutic utility of this drug in RSV infection.

According to the researchers,

The studies showed that nanomolar concentrations of all probenecid regimens prevent RSV strain A and B replication in vitro and RSV strain A in vivo, representing a potential prophylactic and chemotherapeutic for RSV.”

Such data points to the need to explore the use of probenecid to prevent RSV infection in children aged 2-14 years, who have been tested for safety when administered this drug along with antibiotics. Further studies will be required to establish its efficacy in vivo, and using other RSV strains.

The required dosing protocols and duration of treatment and the further effects of the drug on communication between cells and on the inflammatory cascade, attributable to the role of probenecid on pannexin 1 channels, need to be elucidated.