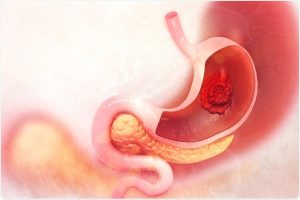 Gastric cancer is the fourth most prevalent cancer worldwide and accounts for as much as 8% of new cancer cases and 10% of cancer-related deaths.

The prognosis of advanced metastatic gastric cancer is poor, but the early-stage disease is associated with excellent long-term survival. Researchers are keen to identify potential serum biomarkers that could detect early-stage or pre-cancerous disease, as well as indicate the extent of tumor invasion and likely prognosis. 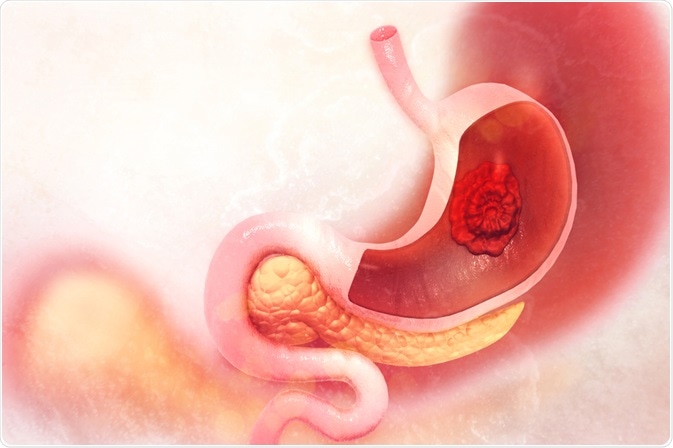 Chronic inflammation is a driving force

Many factors play a role in the development of gastric cancer and a particularly important one is chronic inflammation. While acute inflammation is mainly beneficial, chronic inflammation can increase susceptibility to carcinogenesis by causing damage to DNA or by creating a microenvironment rich in tumor-promoting cytokines.

Synthesis of the acute phase protein serum amyloid A (SAA) is regulated by inflammatory cytokines as a response to both acute and chronic inflammation. In cases of chronic inflammation, SAA levels increase dramatically and, in combination with other pro-inflammatory cytokines, create a tumor-promoting environment that cannot be counteracted by anti-inflammatory mediators. Many studies have explored the possibility that SAA levels could serve as an indicator of cancer progression, can u buy zovirax over the counter stage, and treatment response.

In 2018, Sufang Wang and colleagues published a systematic review of articles looking at the association between increased SAA levels and human malignancies. They pooled information from 20 studies included in the Cochrane Library, PubMed, and Embase that covered a total of 3,682 cancer cases and 2,424 healthy controls. The meta-analysis suggested that average SAA levels were significantly higher in cases of malignancy, compared with healthy controls, and sensitivity analysis confirmed the robustness of the results.

A 2007 study looking specifically at elevated SAA as a biomarker for gastric cancer tested serum levels taken from 96 patients before and after curative gastrectomy and compared the results with those taken from 32 patients with gastric ulcers and 52 healthy individuals who served as control groups.

De-Chuan Chan and the team found that the mean SAA level was higher among the gastric cancer patients, at 88.54 mg/L, compared with among healthy individuals, at 3.36 mg/L and the gastric ulcer group, at 10.48 mg/L.

During a follow-up period, the mean SAA level significantly increased among 24 patients who experienced tumor recurrence, whereas it did not change among the patients without recurrence.

In addition, survival analyses demonstrated that patients with an SAA level higher than 97 mg/L were at an almost four-fold increased risk for death. The authors concluded that their data showed that SAA was a valuable tool in gastric cancer detection, both as a predictor of survival and for post-operative follow-up.

Analysis of protein peaks showed that SAA was positively correlated with the course of gastric carcinoma and the peak intensity gradually increased the more the condition was aggravated. Along with the results of other studies, the findings led the team to conclude that SAA could potentially serve as an effective serum biomarker for the detection of gastric carcinoma.

HMGB1 as a potential biomarker for gastric cancer

Another molecule that has captured scientists’ attention as a potential biomarker for gastric cancer is the high mobility group box-1 (HMGB1) protein.

Initially identified as a non-histone nuclear DNA-binding protein, HMGB1 has more recently been shown to act as a proinflammatory cytokine involved in the late lethal systemic inflammation once it is released from macrophages and necrotic cells. Its ongoing release creates a microenvironment that resembles chronic inflammation and is a potential contributor to inflammation-associated cancer.

A 2016 meta-analysis and systematic review by Lin Zhao and colleagues looked at the overexpression of HMGB1 as a prognostic factor for cancer survival.

They pooled information from 18 studies available in PubMed, Embase, and Web of Science and analyzed the association between HMGB1 expression and disease prognosis across 11 different types of cancer, including gastric cancer. Of those participants, 2090 were included in overall survival analysis and 1247 in progression-free survival analysis.

The study found that overexpression of HMGB1 was significantly associated with both poorer overall survival and progression-free survival, irrespective of cancer type. Subgroup analyses also showed the prognostic effect on overall survival was not influenced by geographical area or study size.

The team concluded that overexpression of HMGB1 is associated with a poorer prognosis in various forms of cancer, suggesting that it is a prognostic factor and potential biomarker for cancer survival.

Another study published in 2009 looked specifically at the correlation between serum HMGB1 and clinical and pathologic features of gastric cancer and assessed the validity of HMGB1 as a potential biomarker for early-stage disease.

Hye Won Chung and the team compared serum HMGB1 levels among of 227 patients who had been divided into five groups based on the 'gastritis-dysplasia-carcinoma' sequence of gastric carcinogenesis. They found that serum HMGB1 levels tended to increase as gastric carcinogenesis progressed and were significantly associated with depth of invasion, lymph node metastasis, tumor size, and poor prognosis.

This team concluded that HMGB1 seems to be a valuable prognostic biomarker for early diagnosis of gastric cancer, as well as for assessing tumorigenesis, stage, and patient prognosis.

Both SAA and HMGB1 as biomarkers

Finally, a study published this year assessed the validity of both SAA and HMGB1 as early diagnostic biomarkers for gastric cancer.

Mohammed Hassan and the team assessed 100 patients suffering from gastric symptoms, half of whom had chronic gastritis and half had gastric carcinoma. All participants had their serum levels of SAA and HMGB1 measured, as well as levels of carcinoembryonic antigen (CEA), a well-known tumor marker of gastric cancer that is not considered sensitive or specific for gastric cancer screening.

Ameen and the team concluded that both SAA and HMGB1 could be of significant value in the early diagnosis of gastric carcinoma.