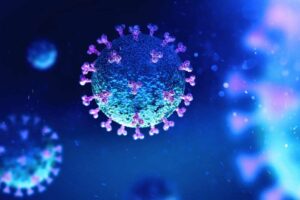 The various coronavirus outbreaks, beginning with the severe acute respiratory syndrome coronavirus (SARS-CoV-1) epidemic in 2003 to the latest severe acute respiratory syndrome coronavirus 2 (SARS-CoV-2) pandemic in 2020, have emphasized the importance of vaccines in limiting the severity of these zoonotic diseases. Many vaccines developed to combat the COVID-19 pandemic targeted the SARS-CoV-2 spike (S) glycoprotein and built on existing knowledge of protein structure and protein engineering techniques.

Sarbecoviruses belong to the Betacoronavirus genus and include SARS-CoV-1 and SARS-CoV-2. Many sarbecoviruses with high similarity to the SARS-CoV-2 virus have been found circulating in various animal populations, such as bats and pangolins, and pose a high risk of zoonosis. Understanding the similarities and differences of the glycan shield of various sarbecoviruses would aid in developing vaccines to combat a broad range of sarbecoviruses.

In this study, the researchers selected 78 sarbecoviruses that share similar sequences with SARS-CoV-2 and investigated the conserved and variable N-linked glycosylation sites. To explore the variability of the glycan shield, they selected 11 sarbecovirus spike protein genes and introduced similar mutations as those used in current SARS-CoV-2 vaccines.

The soluble native-like trimers of the S proteins that were produced were then purified and analyzed using liquid-chromatography mass spectrometry. Aliquots of spike glycoproteins were also subjected to trypsin, chymotrypsin, and alpha-lytic protease to investigate the glycan-processing state of each site. They then modeled the N-linked glycan sites onto structural models of the sarbecoviruses to study the three-dimensional environment of these sites.

The divergent sites were found on or close to the RBD, and also exhibited restricted glycan-processing. Subsequent variants of the SAR-CoV-2 virus have shown that the RBD is subjected to immune selection pressure, and antibody binding is reduced considerably with just a few regional mutations. The results indicate that the glycan shields are largely conserved and play a role in the structure and function maintenance of the S protein. However, determination of the glycan processing states revealed them to be highly variable, despite many N-linked glycosylation sites being conserved across all sarbecoviruses. The researchers also inferred that the glycan shield around the RBD of all the analyzed sarbecoviruses is sparse.

Overall, the study results showed that most of the N-linked glycosylation sites were conserved across multiple clades of sarbecoviruses. The variants of SARS-CoV-2 displayed variability in the N-terminal regions, with the gamma variant containing a glycosylation site (N20) not found in the original strain from Wuhan, but found in two other sarbecoviruses. Moreover, the S2 region of the protein contained many conserved sites and expressed low levels of oligomannose-type glycans. Certain regions that expressed high variability in terms of glycan processing were found to be highly conserved sites, indicating heterogeneity.

The study provides fresh insights into potentially novel target regions of the spike glycoprotein for developing broad-range vaccines against sarbecoviruses. It also highlights the highly variable regions of the RBD, indicating potential pitfalls of developing vaccines targeted to those sites.

With the rapid rate at which the SAR-CoV-2 variants have emerged, combined with the discovery of various highly similar sarbecoviruses circulating in nature and being potential zoonotic pathogens, there is a pressing need to develop a pan-coronavirus vaccine. While the researchers have mentioned that antibodies generated to these conserved target sites lack the potency of RBD-specific antibodies, the study emphasizes the importance and potential for exploring conserved regions for vaccine design.

Susha has a Bachelor of Science (B.Sc.) degree in Chemistry and Master of Science (M.Sc) degree in Biochemistry from the University of Calicut, India. She always had a keen interest in medical and health science. As part of her masters degree, she specialized in Biochemistry, with an emphasis on Microbiology, Physiology, Biotechnology, and Nutrition. In her spare time, she loves to cook up a storm in the kitchen with her super-messy baking experiments.