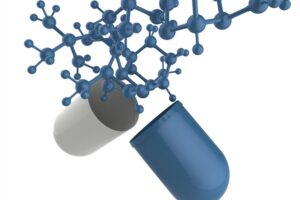 Antibiotic-resistant strains of Salmonella Typhi, the typhoid bacteria, have spread from South Asia to other countries nearly 200 times since 1990, new research suggests.

Every year, an estimated 11 to 20 million people suffer from typhoid and 128,000 to 161, psychomotor impairment with methocarbamol and trileptal 000 victims die from the disease, says the World Health Organization (WHO). Typhoid spreads through water contaminated by an infected person's feces. Its symptoms include prolonged fever, nausea, rashes, headache and diarrhea or constipation.

S. Typhi can only infect humans, and by studying how closely related bacteria found in different places are, we discovered that typhoid had spread from South Asia, the home of typhoid, to many parts of the world many times."

Gagandeep Kang, co-author of the study and professor at the Wellcome Trust Research Laboratory in the Division of Gastrointestinal Sciences at the Christian Medical College, Vellore, India

The international team of researchers, funded by the Bill & Melinda Gates Foundation, say their findings highlight the need to treat drug-resistant typhoid as a global problem.

Kang tells SciDev.Net that the study analyzed the largest collection of sequenced data from S. Typhi. "By analyzing the genetic makeup of the bacteria, collected in different places and at different times, it was possible to build a story of what the bacteria have been doing over several decades," she says.

Published in The Lancet Microbe, the study involved whole-genome sequencing (an extensive method for investigating entire genomes) of 3,489 S. Typhi samples obtained between 2014 and 2019 from people living in Bangladesh, India, Nepal and Pakistan. Sequencing was also carried out on 4,169 S. Typhi samples taken from over 70 countries between 1905 and 2018. In all, 7,500 genomes were sequenced and resistance-conferring genes identified.

The researchers say that although resistance to multiple, front-line antibiotics has generally decreased in South Asia since 2000, strains with resistance against major antibiotics such as macrolides and quinolones have increased and are being transmitted frequently to other countries. Globally, 70 per cent of the disease burden for typhoid fever is attributed to South Asia, which is followed by the sub-Saharan Africa and South-East Asia regions.

Resistant S. Typhi strains have spread between countries at least 197 times since 1990, the study said. Mostly originating in South Asia, these strains have spread to South-East Asia, East and Southern Africa and have been reported in Canada the UK and the US. The study said that since 2000, multi-drug resistant S. Typhi has declined steadily in Bangladesh and India and remained low in Nepal.

In Pakistan, however, the declining trend of multidrug-resistant typhoid in South Asia has been reversed by the emergence in 2016 of extensively drug-resistant (XDR) S. Typhi, which then rapidly replaced less-resistant strains.

According to a report by the US Centers for Disease Control and Prevention, between 2006 and 2015, 79 per cent of US isolates of typhoid fever patients who traveled to Pakistan were resistant to fluoroquinolone. From 2016 to 2018, typhoid fever was diagnosed in 29 US patients who had traveled to Pakistan and five of them were infected with XDR S. Typhi.

Fluoroquinolones, the mainstay against multidrug-resistant S. Typhi in the 1990s, became ineffective by the 2010s and in 2016 Pakistan saw an outbreak of S. Typhi that was resistant to third-generation fluoroquinolones and cephalosporins, the study said. In 2021 resistance to azithromycin was found to have arisen in several S. Typhi strains, threatening the efficacy of all oral antimicrobials for typhoid treatment.

There are possibilities of the international burden of typhoid fever increasing owing to urbanization and climate change. "In addition, increasing resistance to antibiotic treatment is making it easier for typhoid to spread through overcrowded populations in cities and inadequate and/or flooded water and sanitation systems," says the WHO.

"Although there have been improvements in water and sanitation in South Asia, antibiotic-resistant S. Typhi strains are dangerous and we should try to control them by reducing irrational use of antibiotics, improving the availability of diagnostics and introducing the very effective typhoid conjugate vaccines," said Kang.