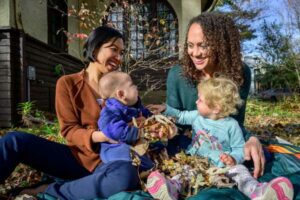 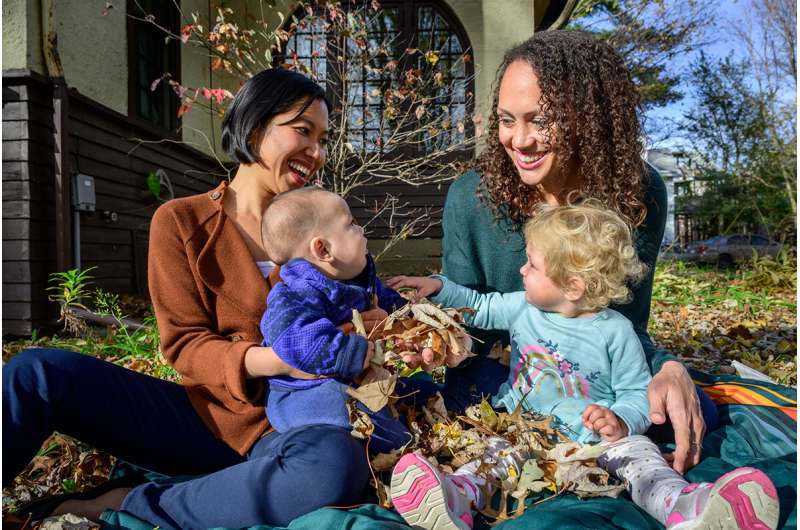 Black, feldene v Indigenous and other women of color who were pregnant or gave birth during the pandemic said these experiences were overshadowed by isolation, confusion and fear, much of it caused by unclear or frequently changing institutional policies, according to a new study.

Women from across the U.S. who participated in online focus groups said medical providers’ COVID-19 safety protocols and the lack of clarity from federal public health officials magnified existing health care disparities, compromised the quality of care they received and increased the trauma of giving birth, said first author Tuyet-Mai (Mai) Ha Hoang, a professor of social work at the University of Illinois Urbana-Champaign.

The 41 women who participated in the study believed that these policies deeply affected their experiences and “made (their) pregnancies less about the celebration of birth and more about the management of trauma and loss,” Hoang and her co-authors wrote.

Hoang and co-author Karen Tabb Dina, a professor in the same department, experienced some of these difficulties firsthand, as both gave birth during the pandemic. Hoang, who is Vietnamese American, delivered two babies—the first in December 2019 and the second in March 2022—and Tabb Dina, who is African American, gave birth in May 2021.

“My child’s birth in March was really hard due to hospital policies that restricted visitors and the support people allowed in the room,” Hoang said. “Giving birth is a traumatic experience in itself and not having a support person there made it more difficult.”

Tabb Dina, who birthed her third child during the pandemic, said her husband was deeply disappointed that he was not allowed to attend the ultrasound appointment with her because of the health care provider’s policies at the time, and she felt a profound sense of isolation after the baby’s birth due to the hospital’s visitor restrictions.

“We found very consistent themes across the U.S., regardless of whether women were in big cities or rural areas,” Hoang said about the study, which included women who ranged from 19-45 years old.

About half the study participants were African American, one-fourth were Latina, and 20% were Asian or Pacific Islanders. Two participants identified themselves as multiracial and one person as Indigenous.

Published in the International Journal of Environmental Research and Public Health, the findings may shed light on some of the structural factors behind what the U.S. Centers for Disease Control and Prevention called “alarming” increases in maternal death rates for women of color from 2019-20.

During that time, maternal death rates increased from 44.8% to 55.3% among Black women, and from 17.9% to 18.2% among Hispanic women, according to a report from the CDC published on the U.S. Government Accountability Office website.

“We’re in a maternal and infant mortality crisis,” Hoang said. “People need to recognize that the way the health care system is set up right now is not treating pregnant patients correctly. It exacerbates risks rather than protections, especially with minoritized and marginalized communities.”

An Indigenous woman identified in the study as “M” told the researchers that in the early stages of pregnancy, she was losing 15 pounds per week, but emergency room providers kept telling her that what she was going through was normal. She said she was frustrated that she had to go to the ER “maybe six times before they would get me in to schedule an appointment.”

Some of the women felt that providers were unsympathetic or indifferent to their physical pain, dignity or bodily autonomy—mirroring racial disparities that were well-documented in prior research, Hoang said. These patients believed that COVID-19 testing “trumped everything, including their pain, and they had to wait for relief,” the researchers wrote.

A mother of two children called “R” in the study told the team, “I was getting an IV in my left arm and the COVID test at the same time. I was having contractions, and everyone was working. I was still a human, and I was like ‘I’m in pain, can you stop?’ and they didn’t listen.”

Women in the study said medical providers’ communication lacked empathy, and these patients felt shamed or discriminated against for refusing COVID-19 vaccines when they were pregnant or breastfeeding because they were concerned about the side effects on their babies.

Those who were forced to attend appointments such as sonograms and genetic counseling alone said they felt providers bombarded them with too much information while leaving important questions unanswered—causing them to feel overwhelmed and confused.

Conversely, many informational workshops and childbirth classes were suspended during lockdowns, leaving some expectant mothers without access to vital information and disrupting their birthing plans, the researchers found.

The “trickle-down effect” of these COVID-19 mitigation policies was that they exacerbated patients’ stress, and those in the study said it was evident that perinatal patients were not involved in the decision-making processes.

U. of I. scholars Kaylee M. Lukacena, a research development manager with the Center for Social and Behavioral Science; then-doctoral student Wen-Jung (Wendy) Hsieh; and doctoral candidate B. Andi Lee also co-wrote the study.