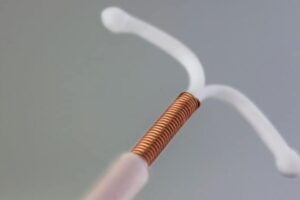 Expulsion of intrauterine devices was significantly more likely when the devices were inserted within the first 3 days after delivery compared with later insertions, based on data from more than 300,000 women.

In the Association of Perforation and Expulsion of Intrauterine Devices (APEX-IUD) cohort study published in JAMA Network Open, the researchers reviewed data from the electronic health records at four sites; the study population included women aged 50 years and younger who underwent IUD insertion between 2001 and 2018.

The women were grouped by postpartum status and timing of IUD placement: 0-3 days, 4 days to 6 weeks, 6-14 weeks, 14-52 weeks, and nonpostpartum (defined as more than 52 weeks or no evidence of delivery).

The researchers also compared expulsion rates in postpartum women who were and were not breastfeeding at the time of IUD insertion based on clinical records, diagnostic codes, or questionnaires at well-baby visits.

“Within the group with IUD insertions 0-3 days postpartum, the highest expulsion rates were discovered within 12 weeks of insertion, with the highest incidence rate occurring at week 6 (844 per 1,000 person-years), a time women are commonly seen post delivery,” the researchers noted.

“While women who accept immediate postpartum IUD placement report high satisfaction rates, information on women’s preferences and satisfaction associated with different timing of postpartum placement would also be helpful to understand the benefit-risk profile,” the researchers wrote in their discussion of the findings. “The fact that most expulsions in the immediate postpartum group occurred early presents an opportunity to mitigate risk of unrecognized expulsion and unintended pregnancy via counseling on signs of expulsion and follow-up examination.”

The study findings were limited by several factors including the potential misclassification of exposures and the primary outcome of expulsion, especially since some postpartum women may be lactating whether or not they are breastfeeding, the researchers noted. Other limitations included the combination of complete and partial expulsions, and the dating of IUD expulsion based on when it came to medical attention, which was not necessarily when it occurred. More data are needed on the potential association between lactational amenorrhea and lower expulsion risk among postpartum women who are breastfeeding.

“The FDA mandated this study in response to a European study, EURAS-IUD1, a European prospective observational study that enrolled 61,448 participants between 2006 and 2012,” Armstrong said in an interview. In the European study “women breastfeeding at the time of device insertion or with the device inserted at 36 weeks’ postpartum or less had higher risk of uterine perforation. The FDA wanted to know if the risks were similar in the United States population”

The APEX-IUD study was designed to reflect current United States clinical practice. “The aims of APEX-IUD are to evaluate risk of IUD-related uterine perforation and device expulsion among women who are breastfeeding or within 12 months postpartum at insertion. The perforation outcome is addressed in a separate paper,” Armstrong noted.

“We were not surprised by the findings; they aligned with previous findings and confirm the overall safety of intrauterine devices,” said Armstrong. “Data from this study provides IUD expulsion risk estimates that can be used to inform clinical practice and preinsertion counseling. IUD insertions 0-3 days postpartum might decrease the risk of unintended pregnancy and provide more convenience and efficiency for new mothers. This has proven to be especially important during the pandemic. The higher risk of expulsion at 0-3 days post partum must be balanced with the low IUD-related uterine perforation risk to provide a comprehensive picture that aids in clinical decision-making.

“Potential barriers to postpartum IUD placement include lack of provision of education on the range of contraceptive options available during prenatal care and failure or inability of hospital inpatient units to stock the intrauterine devices for use when needed,” said Armstrong.

Looking ahead, “future research could evaluate risk factors for partial versus complete expulsions, the association of preinsertion counseling with recognition of potential expulsions and corresponding IUD failure rates, and whether ultrasound verification of IUD position in the uterus after insertion is associated with expulsion risk,” she said.

“The current study examines breastfeeding at time of IUD insertion as a risk factor for expulsion,” Iris Krishna, MD, of Emory University, Atlanta, said in an interview. “There is biologic plausibility that breastfeeding may be a risk factor of IUD expulsion. Breastfeeding stimulates secretion of oxytocin, a hormone which plays a key role in the contraction of the uterus during labor and uterine involution postpartum. It also plays a key role in the contraction of milk ducts to allow for milk letdown. Because of its dual role some mothers may occasionally report uterine cramping with breastfeeding. Prior studies have suggested that breastfeeding may be associated with an increased risk of uterine perforation with postpartum IUD placement, but how breastfeeding may contribute to risk of IUD expulsion has not been studied extensively.”