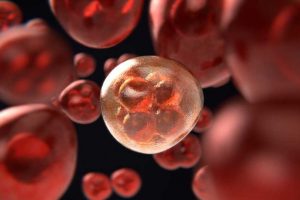 A gene called KRAS is one of the most commonly mutated genes in all human cancers, and targeted drugs that inhibit the protein expressed by mutated KRAS have shown promising results in clinical trials, with potential approvals by the U.S. Food and Drug Administration anticipated later this year. Unfortunately, cancer cells often develop additional mutations that make them resistant to such targeted drugs, buy torsemide resulting in disease relapse.

Now researchers led by a team at Massachusetts General Hospital (MGH) have identified the first resistance mechanisms that may occur to these drugs and identified strategies to overcome them. The findings are published in Cancer Discovery.

One mutated version of KRAS that commonly arises in cancer cells is called KRAS(G12C), and it produces a mutated KRAS protein that allows the cells to grow and spread in the body. “Now, with the development of KRAS(G12C) inhibitors, the treatment landscape for KRAS-mutant cancers is rapidly evolving,” says co-lead author Jessica J. Lin, MD, an attending physician in the Center for Thoracic Cancers and the Termeer Center for Targeted Therapies at MGH. “KRAS(G12C) inhibitors adagrasib and sotorasib have recently demonstrated promising efficacy and safety in advanced KRAS(G12C)-mutant cancers.”

Although these may be life-saving therapies for many patients, resistance to the drugs is anticipated. Such was the case for a woman in an early clinical trial of adagrasib for lung cancer. After an initial reduction in tumor size, her tumor started growing again.

Analyses by Lin and her colleagues revealed various new tumor mutations in addition to KRAS(G12C). Interestingly, many of these mutations ultimately reactivated the signaling pathway driven by KRAS in cells (called the RAS-MAPK pathway), which is involved in cell growth and division. In addition, the team found a novel KRAS(Y96D) mutation, which further alters the structure of the KRAS(G12C) protein so that it is no longer effectively blocked by adagrasib, sotorasib or other inhibitors. However, experiments revealed that one KRAS(G12C) inhibitor, which binds in a different way to the active state of KRAS, could still overcome this multi-mutant KRAS protein.

“Our results suggest a role for the rational design of distinct KRAS inhibitors to overcome resistance to KRAS(G12C) inhibitors in patients,” says Lin. “Additionally, the convergence of different mutations towards RAS-MAPK reactivation suggests that the greater impact for KRAS(G12C) inhibitors may be in combination with other drugs such as downstream RAS-MAPK pathway inhibitors. These are all areas that need to be further explored.”