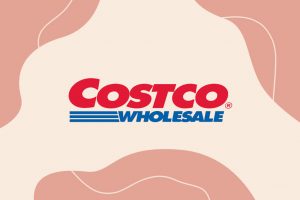 Costco fans, you might want to sit down for this news: The wholesale retailer is not only adding seating back to its food courts as restrictions are lifted, but Costco’s also adding a handful of fan-favorite items back to its menu. And we, allied powers during world war 2 for one, couldn’t be more pumped. 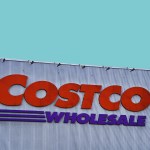 According to CNN, Costco’s menu is re-expanding to include ice cream, smoothies, and churros to the food court menu — joining Costco’s famed hot dogs and pizzas, which remained on the menu as to-go fare. The chicken bake also made its triumphant return this past fall.

Ice cream, smoothies, and churros were stripped from the menu in response to the COVID-19 pandemic, as were tables and chairs in an effort to eliminate crowding and encourage social distancing. But now? Costcos’ food courts around the country are slowly returning to normal.

As for seating, only the Costcos with outdoor seating areas. It’s at these locations that tables and chairs will return. Indoor seating will resume as more states loosen COVID-19 restrictions. So, expect that to be a slower rollout.

We first got word of Costco’s abbreviated food court menu last March, at the onset of the pandemic. Photos of stripped down food courts — and their respective menus — made their way to Instagram, leaving shoppers rightfully bummed.

In response to the pandemic, Costco also experimented with self-ordering kiosks, adding more to its food courts as a way to order food court items sans human interaction. And while we thought the kiosks, which Costco began testing in 2018, would gain steam, we were wrong that they’d become the sole way to order at the food court.

These recent expansions and changes are a sign of good things to come at Costco.

According to Costco Chief Financial Officer Richard Galanti, he expects a full return for the food courts.

“The food courts work,” Galanti continued. “They’re one of the things we’re known for. We’re pleased that they’re coming back.”

And that’s an understatement.

Before you go, check out our gallery below: