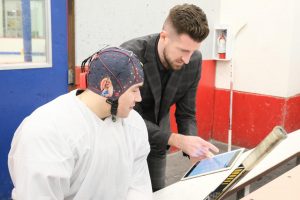 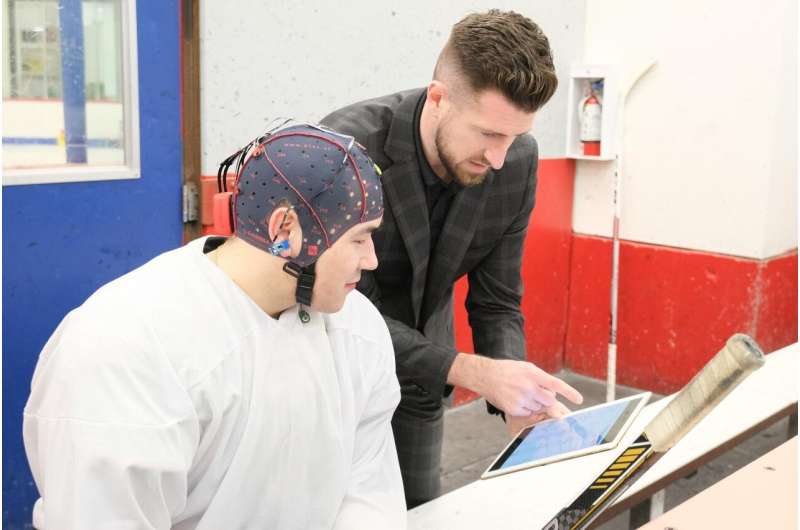 The research team monitored brain vital signs during pre- and post-season play in 23 Bantam (age 14 or under) and Junior A (age 16 to 20) male ice-hockey players in Rochester, Minnesota.

The study builds on 2019 results published in Brain: A Journal of Neurology that confirmed significant brain vitals sign changes shortly after concussions were diagnosed in Junior A players. Key results of this study showed undetected impairments remained when players were cleared to return to play using current clinical concussion protocols. Notably, the initial study also reported sensitivity to subconcussive impairments in those players who did not sustain a concussion diagnosis over the course of the season.

The current second phase of the study replicated these results and added the Bantam age group. The latest findings were recently published in the peer-reviewed journal Brain Communications in the advanced articles section.

The results of this new Brain Communications study showed:

A subconcussive impact is a mechanical force transmitted to the brain below the threshold for a diagnosis of an acute concussive injury. The effects of these low-magnitude impacts may not even be noticeable to the player or to observers on the sideline. Head impacts in the sport of ice hockey typically result from player-to-player or player-to-boards contact due to body checking, collisions and fighting . Some of these impacts are the consequence of foul play, but many of these events also result from routine, legal on-ice behavior.

“Concussion in sports is a major concern for many and our research has shown that having an objective physiological measure of brain function at rink-side is key to detection and managing concussive impacts,” says Dr. Aynsley Smith, principal investigator of the study and Associate Professor of Orthopedics at Mayo Clinic in Rochester, Minnesota.

Canadian collaborators include neuroscientist Dr. Ryan D’Arcy, an SFU professor and co-founder of the Health and Technology District in Surrey B.C. and Dr. Shaun Fickling, a biomedical engineer, a recent SFU Ph.D. graduate and lead author of the study.

“Our research has shown that repetitive subconcussive impacts triggered compounding effects in brain function changes, which underscores the importance of shifting our thinking and understanding of concussions as a singular acute-injury model to a spectrum of head-impact exposure and effects over time,” says Dr. Fickling.

The US-Canadian concussion research team is continuing to advance their collaborative effort.