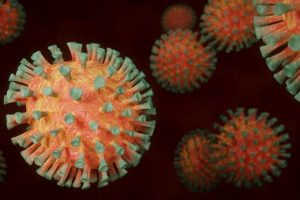 The World Health Organization said Monday that a fund it launched a year ago to draw donations from regular people and companies towards battling the pandemic had raised nearly $250 million.

Countries have pitched in billions of dollars to help the global fight against COVID-19, which has killed more than 2.6 million people since the first cases were detected in China in late 2019.

But noting an eagerness among the general public to help, the UN health agency decided to create the COVID-19 Solidarity Response Fund for individual donations, which it launched on March 15, 2020.

As of Monday, it said, more than 661,000 individuals, companies and other organisations had pitched in a total of $242 million, in what WHO described as an “unprecedented show of support”.

The fund, valtrex shingles which is unique within the UN system, had helped provide millions of frontline workers with critical personal protective equipment, medical supplies and testing kits, and to battle misinformation about COVID-19, WHO said.

It had also supported vulnerable populations like refugees and to help accelerate research on vaccines, tests and treatments, it added.

WHO chief Tedros Adhanom Ghebreyesus hailed the generosity shown by all those who had contributed, insisting in a statement that the fund’s success proved “what we can accomplish together in times of need”.

The organisation said the fund had been a “critical source of funding” for its overall pandemic response, but stressed that more was needed.

The fund, which is backed by the newly created UN Foundation and the Swiss Philanthropy Foundation, is now calling for contributions towards the $1.96 billion the WHO says it needs to continue its pandemic response work through the end of 2021.

“We have achieved so much over the past year,” Tedros said.