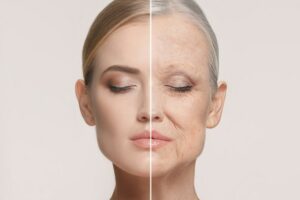 In the United States, approximately 1.2 million people are living with human immunodeficiency virus type-1 (HIV-1), with men accounting for the majority of cases (~75%). About half of HIV-infected individuals are 50 years of age and older. People living with HIV contend with an accelerated onset of age-related diseases and disorders; however, the pathophysiology underlying accelerated aging is poorly understood.

While the mechanisms(s) are unknown, the HIV-1 trans-activator of transcription (Tat) protein disrupts neuroendocrine function in mice partly by dysregulating mitochondria and neurosteroidogenesis.

"In conclusion, our data suggest that older age and Tat expression exert independent and interactive effects to worsen neuroendocrine, affective, cognitive, and neuromuscular comorbidities. Novel steroid replacement therapies may be useful adjunctive therapeutics to cART in the aging HIV+ population."