Home » Online » flovent diskus how to use

flovent diskus how to use 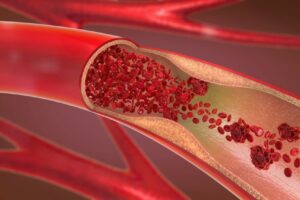 In a recent study published in Advanced Materials, a team of researchers developed a novel small-diameter biodegradable vascular graft that aids the formation of elastin-containing structures in the intima-media, which is important for the normal functioning of the artery.

Commercially available synthetic grafts made from materials such as polytetrafluoroethylene pose problems such as obstruction over long periods due to blood clots and restenosis. Arterial regeneration is also inhibited due to the non-biodegradable nature of these grafts.

Biodegradable vascular grafts have the advantage of increased patency and facilitation of smooth muscle cell (SMC) proliferation, endothelium formation, and deposition of extracellular matrix (ECM) proteins such as collagen and elastin. However, the long-term performance of these grafts is jeopardized by the improper spatial regeneration and organization of elastin fibers, resulting in the incorrect arrangement of endothelial cells and SMCs.

In the present study, the researchers used a combination of tropoelastin (TE), a naturally produced ECM protein used by elastogenic cells to produce elastin, and polyglycerol sebacate (PGS), a biodegradable, highly elastic material, to produce a biodegradable, non-porous vascular graft.

The TE-PGS scaffold was built through electrospinning to mimic the native artery fiber structure and heath-stabilized for 16 hours at 160 °C. Multiphoton microscopy was used to examine the heat-stabilized scaffold and investigate the TE and PGS microstructures. The scaffold’s chemical conformation before and after heat stabilization was compared using Fourier transform infrared spectroscopy-attenuated total reflectance (FTIR-ATR).

Tensile testing was performed to determine mechanical properties such as ultimate tensile strength, Young’s modulus, elongation at break, and the stress-strain curve. Mechanical stability and viscoelasticity were evaluated by subjecting the scaffold to a creep test at 0.1 MPa load for 500 minutes. Furthermore, the structural integrity and stability of the scaffold dimensions were tested by submerging the scaffold in phosphate-buffered saline at 37 °C. The long-term stability was determined based on mass change observations over 154 days after submersion.

The scaffolds were cultured with human dermal fibroblasts to determine in vitro cytocompatibility, while the in vivo compatibility was measured by implanting the scaffold subcutaneously in mice and performing histological examinations after two and four weeks.

Human coronary artery smooth muscle cells (HCASMCs) and human umbilical vein endothelial cells (HUVECs) were cultured on the scaffold. The functional markers and proliferation were investigated to determine whether these scaffolds would function successfully as vascular grafts.

The TE-PGS scaffolds were used to make vascular grafts of 0.7, 1, and 1.5 mm diameters and varying wall thicknesses, and the burst pressure, kink angle, and suture retention properties of these grafts were tested. The thrombogenicity of the grafts was tested before being implanted in the infrarenal abdominal aorta of mice for eight months.

Graft degradation was monitored using immunofluorescence staining for macrophages. The distribution of elastin, collagen, SMCs, and endothelial cells was also investigated, and the regenerated elastic lamellae in the intima-media were compared to that of a native mouse.

The results indicated that the TE50 (50:50 ratio of TE:PGS) scaffold was mechanically stable and biocompatible for use as vascular grafts and was not very prone to thrombosis. It supported the proliferation of HUVEC and HCASMC and the expression of functional protein markers.

Furthermore, the non-porous nature of the TE50 scaffold stimulated the formation of structurally appropriate elastin and collagen fibers in the intima-media and adventitia, respectively. The implantation experiments in mice showed that by eight months, the scaffold had completely degraded, a neoartery had formed, and mature collagen was detected in the adventitia.

To summarize, the study described the use of a TE-PGS scaffold to construct vascular grafts that were non-porous and biodegradable and could support the proliferation of SMCs as well as facilitate the formation of elastin and collagen fibers.

Overall, the results indicated that the TE-PGS scaffolds facilitated the formation of organized elastin lamellae which is essential for proper arterial regeneration. Implantation tests reported biocompatibility and provided evidence for neoartery formation in mice within eight months. Moreover, the biodegradable nature, thermostability, tensile strength, and patency of the material make it an ideal candidate for synthetic vascular grafts.