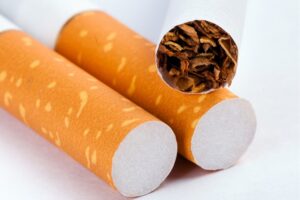 Marking World No Tobacco Day on 31st May, the Union for International Cancer Control (UICC) urges governments around the world to reduce tobacco-related cancer deaths and other diseases by increasing investment in tobacco control.

Tobacco use contributes to the development of at least 20 different types of cancer and is a preventable cause of some 2.4 million cancer-related deaths globally every year.

Aligning with the theme for World No Tobacco Day 2021 “Commit to quit”, UICC urges governments to promote cessation and prevention by enacting proven regulatory measures that help people quit tobacco and curb first-time use. Each dollar invested now not only saves lives, but also reduces future health costs many times over.

These measures include monitoring use and prevention policies, buy crestor online raising awareness about the dangers of tobacco, enforcing bans on tobacco advertising, imposing health warning on cigarettes packages and, in particular, raising taxes on tobacco products, which is effective in reducing consumption while raising revenue for health spending.

Certain measures can be implemented regardless of a country’s income level, such as effective smoke-free legislation that bans smoking in public places, including indoor workplaces.

Prof. Anil D’Cruz, President of UICC and Director of Oncology at Apollo Hospitals, India, says: “No one should die from a cancer that could have been prevented. We have the means to guard against the dangers of tobacco and second-hand smoke. The policy tools exist to ensure that the next generation is not exposed to the same staggering level of ill health caused by tobacco use as this one. We need to be proactive and support action to use these tools effectively and make our voices heard, more so in countries where that action is still sorely lacking.”

With 80% of tobacco consumption concentrated in low and middle-income countries (LMICs), a substantial increase in funding for tobacco control is urgently needed. According to the Framework Convention Alliance, the global funding gap amounts to just over USD 27bn per year, with only 0.16% of Development Assistance for Health going to tobacco control in 2018.

A significant threat to the effective implementation of tobacco control in many countries and globally, however, is the influence exerted by the tobacco industry, which spreads misinformation, actively entices young people to become smokers and undermines political action.

The tobacco industry systemically opposes policies that can help reduce smoking, funds research to cast doubt on the evidence that tobacco products are harmful and engages in PR campaigns to whitewash its image and advance its interests, even amidst the pandemic. The tobacco industry also seeks to insert itself in global discussions on health and post-pandemic reconstruction, a tactic that is widely denounced.”

Despite these challenges, governments around the world have acted and implemented policies to reduce tobacco sales. Today, 65% of the world population is covered comprehensively by at least one recommended measure compared with 15% in 2007.

UICC therefore joins the entire cancer community, the World Health Organization, anti-tobacco organizations and the global health community in their efforts to drive forward progress, raise awareness about the benefits of tobacco control and ensure that millions of people do not die prematurely from a preventable cancer.