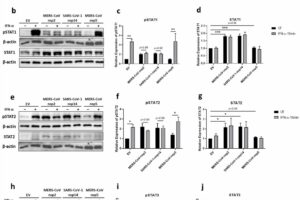 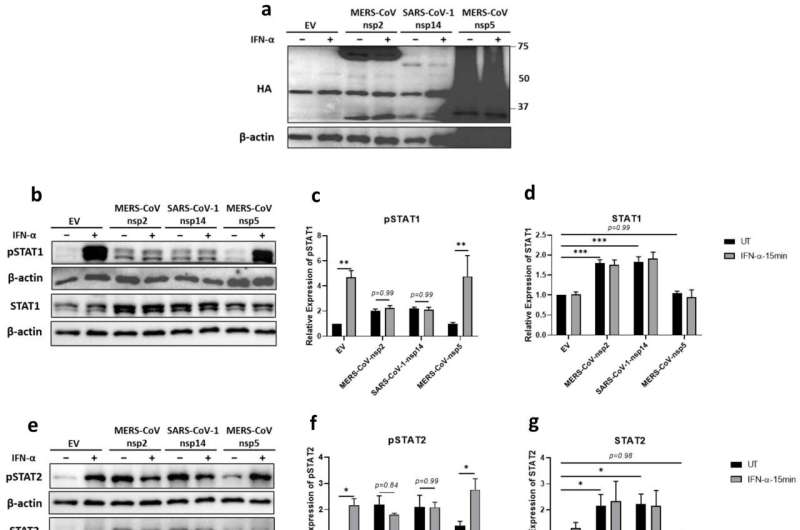 Immunologists from Trinity, who have worked on coronaviruses for the past decade, have just unraveled new secrets behind the viruses’ battle plans—providing new insights into how these deadly viruses sometimes win the war against human immune systems.

The immunologists, led by Dr. Nigel Stevenson, Assistant Professor in Viral Immunology at Trinity, have discovered how SARS and MERS proteins block the induction of antiviral proteins, which prevents us from mounting a strong innate immune response against infection.

Although different, these two coronaviruses bear many similarities to SARS-COV-2 (COVID-19), and thus drawing up blueprints of their battle plans provides insights with the potential to provide new therapeutic options for treating COVID-19 and future deadly coronaviruses that have yet to emerge.

Dr. Stevenson and his team discovered that SARS and MERS viruses have proteins that essentially throw a spanner in the works of the Interferon antiviral pathway, which—under normal circumstances—activates a cascade of responses in human cells, to produce hundreds of antiviral proteins that block viral replication.

Dr. Nigel Stevenson, Head of the Viral Immunology team in the School of Biochemistry and Immunology, is based in the Trinity Biomedical Sciences Institute (TBSI).

He is the senior author of the research article, which has just been published in the journal Viruses. He said:

“Over time, humans have evolved to fight viral infections by producing molecules called Interferons. When a virus is encountered Interferons are produced, which, in turn, activates an antiviral pathway in our cells that is at the heart of our immediate immune response. The pathway produces specific proteins that switch hundreds of our anti-viral genes on. These genes then produce lots of different antiviral proteins that attack—and in most cases—kill the virus. In doing so, Interferons ‘interfere’ with a virus’ life cycle.”

“However, viruses have also evolved over time to suppress and avoid our immune system responses. And our research aims to understand how viruses suppress the response to Interferons. Our current research has discovered that SARS and MERS prevent key proteins from being activated and entering the nucleus in our cells. The nucleus is where our DNA is stored and where genes are switched on, to generate a proper immune response.

“The hope is that if we can design new drugs to inhibit the ability of coronaviruses to suppress the Interferon pathway, we should be able to treat people far more effectively. And given the similarity in coronaviruses and their modes of action, such a drug would likely prove effective against all the deadly coronaviruses.”

“Therapeutic Interferon is a drug used to fight certain infections, but it has never proved very effective against coronaviruses. Now we think we know why—if the Interferon pathway is essentially disabled, it can’t stimulate a response.

“If we could restore the natural ability of our immune systems to fight viral infection and prevent viral replication, we could treat infected people with much greater success. In addition, if we could develop a therapeutic that stop viruses from destroying the Interferon pathway, it would in theory open the door to directly attacking the virus.”