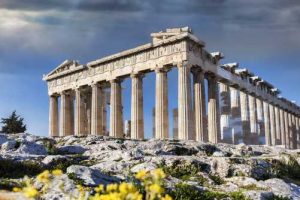 From packed train carriages to busy shopping centers, being crammed together in often poorly ventilated spaces had become so normal that it has taken us a long time to get used to social distancing. But our ancient ancestors were much more used to using airflow and space to guard against disease. Indeed, ancient Greek and Roman doctors got a surprising number of things right in this sense—even if the thinking behind their remedies was very far from what we know about how disease spreads today.

Ancient Mediterranean societies had a developed understanding of the importance of airflow for public health. Public buildings and entire cities were designed in a way that minimized stagnant air. In this sense, we could learn a thing or two from the ancients as the pandemic encourages people to rethink how we design towns and buildings to help limit the spread of infectious diseases.

These ancient designs were based on four qualities: hot, cold, wet and dry. These qualities were thought to correspond to four “humors”: blood, phlegm, 5 hour energy caffeine amount black and yellow bile, and to four elements: air, water, fire and earth—all of which were believed to influence the body and its emotions.

The Roman author, architect and civil engineer, Marcus Vitruvius Pollio, commonly known as Vitruvius, described the importance of airflow in his work On Architecture. He advises building a city on an elevated point that is temperate and not near a swamp. He is wary that a morning breeze could displace damp air and mosquitoes from the swamp to a city, which could in turn cause, in modern terms, infectious disease.

Vitruvius goes on to say that the same principles apply to building theaters. He describes how a lack of airflow can be a problem in such enclosed spaces and how prolonged exposure to hot, stagnant air can cause disease: “When the sun shines full upon the rounded part of it, the air, being shut up in the curved enclosure and unable to circulate, stays there and becomes heated; and getting glowing hot it burns up, dries out, and impairs the fluids of the human body.”

Today, the four humor concept has been superseded by modern medicine—we now know Vitruvius’s above explanation for how fevers originate to be incorrect. But we still use some of the related terminology today, for example, when we talk about the common cold or describe someone as hot-tempered or humorous. And the four qualities of hot, cold, wet and dry are still relevant when thinking about our health and the environments we live in.

Perhaps the most famous and influential set of ancient medical ideas is to be found in a collection of Greek texts known as the Hippocratic Corpus, named after the fifth century “father” of western medicine, Hippocrates. The way the Hippocratic texts arrive at conclusions is not always correct from our modern point of view. But that doesn’t mean they’re always wrong.

One of the texts, called Airs Waters Places, presents a detailed analysis of airflow and humidity and its influence on seasonal peaks of infectious diseases. As the text explains, a fifth century BC doctor taking up a post in a new town would, first of all, familiarize themselves with the local geography and weather as well as with the typical endemic diseases.

“As time and the year passes he will be able to tell what epidemic diseases will attack the city either in summer or in winter, as well as those peculiar to the individual which are likely to occur through change in mode of life.”

Today, modern medical theory has shown how climate can affect the spread of infections, potentially including COVID-19. This is particularly important information in an age of rapid climate change. 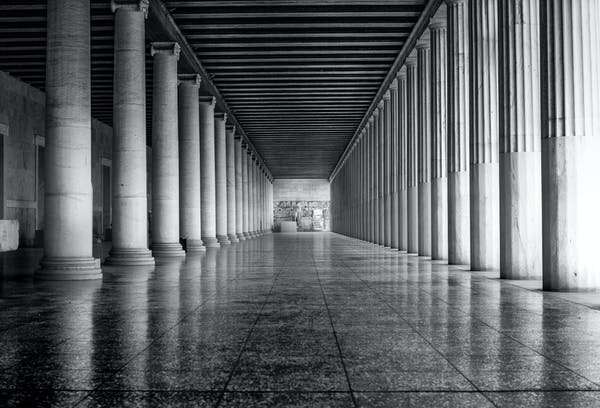 It’s also important for doctors to be aware of what diseases are prevalent in their areas. For instance, tick-borne encephalitis is rare in most of Europe, but quite common in some areas such as Sweden and also now parts of the UK. The disease is only prevalent in some climatic areas, but is spreading due to climate change.

Even more advanced for the time are the Hippocratic Epidemics, an ancient Greek medical manual that examines the consequences of climatic conditions on the spread of infectious diseases. Right at the start, the author describes a disease that resembles modern-day mumps that appeared in specific climatic circumstances. As we know today, a higher incidence of mumps is associated with weather conditions.

While it’s evident that ancient medicine lacked a lot of theory on the nature of contagion—after all, bacteria and viruses were yet to be discovered—the way that cities and public buildings were planned with public health in mind, and doctors saw their patient in a broader context, that took the climate into account, was surprisingly advanced.