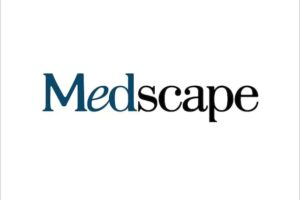 NEW YORK (Reuters Health) – Female patients who end up at U.S. trauma centers experience longer delays before treatment and a higher likelihood of discharge to long-term-care facilities compared with their male counterparts, a new study finds.

An analysis of data from more than 28,000 patients revealed that female patients experienced significantly longer time in pre-triage, longer stays at the emergency department, top 50 penis enlargement pills reviewed and an increased likelihood of discharge to a nursing home or other long-term-care facility compared with male patients, researchers report in JAMA Surgery.

“Association does not mean causation in science,” said Dr. Anne Stey of Northwestern University Feinberg School of Medicine, in Chicago, who worked on the study. “We cannot be sure exactly why these delays are present.”

“However, other research groups have demonstrated previously that women are less likely to be taken to hospitals that are specialized trauma centers by emergency medical technicians when they are injured,” Dr. Stey told Reuters Health by email. “They are also more likely to wait for an intensive-care-unit bed (according to) a study we published previously. Other research groups have also found this. What we found reassuring in our study was that the actual time to necessary surgery was not different. So once women actually see the neurosurgeons, orthopedic and trauma surgeons they get surgical care just as quickly.”

“The most concerning thing to us was how women were more likely to be discharged to long-term-care facilities like nursing homes,” Dr. Stey said. “Discharging people either home or to a specialized acute rehabilitation hospital helps keep people active and healthy for longer because they are in their own environment with their own food and encouraged to continue to partake in their usual activities.”

To take a closer look at gender disparities in trauma centers, the researchers analyzed data from the 2013-2016 American College of Surgeons (ACS) Trauma Quality Improvement Project databases, which consist of information on encounters with patients admitted to predominantly ACS-verified level-I or -II trauma centers with penetrating or blunt trauma injuries.

“However, more than 30% were cared for in non-ACS-verified trauma centers where state designation is extremely valuable and may be equivalent to ACS verification or considerably less strenuous with less oversight,” the authors note.

Included in the analysis were more than 28,000 patients with an Injury Severity Score (ISS) of 15 or more; most (71%) were male. The mean age was 49 among female patients and 43 among males.

Females also had significantly longer stays at the emergency department (median, 184 minutes vs. 172 minutes), time in pre-triage (median, 52 minutes vs. 49 minutes) and an increased likelihood of discharge to nursing or long-term-care facilities instead of home after matching by age, ISS, mechanism and injury type (male to female patient: odds ratio, 0.72).

In the matched cohort, the odds of mortality did not differ by sex.

Earlier studies documented differences in care provided to female patients compared with male patients with heart attacks and strokes, said Dr. Raquel Forsythe, trauma medical director for UPMC Presbyterian Hospital in Pittsburgh. “There is also data showing that females who are injured are less likely to be triaged to Trauma Centers for care.”

In this paper, the authors “show that females have a longer length of stay in the emergency department than male patients when matched for injury but not longer times to definitive injury care,” Dr. Forsythe told Reuters Health by email. “This may be related to delays in identification of injuries in female patients.”

Another possibility could be that “females may be stereotyped as complaining more and may have to work harder to have their injuries identified,” Dr. Forsythe said.

“Female patients are also more likely to go to a long-term-care facility after discharge than male patients matched for injury severity. This may be related to social factors as suggested by the authors, but also may have to do with higher reported levels of pain, functional impairment, and PTSD in females after injury,” she said.

“The first step to minimizing disparities in care is to identify them,” Dr. Forsythe said. “The authors help here to identify factors that must be further studied at individual trauma centers to ensure that female and male patients are getting the right care at the right time after injury without bias.”