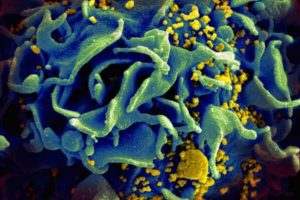 Rolling out home-based testing and universal treatment for HIV is cost-effective and can cut the incidence of cases in high-prevalence communities.

These are the findings of a major HIV-prevention study involving more than one million people in Zambia and South Africa.

Using modeling of HIV incidence and the cost of the interventions, researchers found that widespread home-testing for HIV and the onward referral and treatment of positive cases, can be delivered at an annual cost of less than $8 per person.

According to the team, while this universal test and trace (UTT) approach carries a significant cost when scaled up to the population level, in regions with a high prevalence of HIV/AIDS it is a cost-effective strategy to control the HIV epidemic.

The findings, led by researchers from Imperial College London and the London School of Economics and Political Science (LSE), where to buy generic haldol supreme suppliers without prescription with collaborators from Oxford University, the London School of Hygiene and Tropical Medicine, Desmond Tutu TB Centre at Stellenbosch University (South Africa) and Zambart (Zambia) are published today in Lancet Global Health.

Dr. Katharina Hauck, from the School of Public Health at Imperial College London, said: “HIV/AIDS continues to cause a devastating burden globally. Unfortunately, having highly effective medical treatments does not mean they reach those who need them most. Our study demonstrates that large-scale testing and treatment strategies are expensive, but they are worthwhile to implement in regions with high prevalence of the disease because they make a great difference.”

The PopART trial, which ran from 2013 to 2018, was the largest community-randomized trial of the universal test and treat strategy, covering a total population of one million people across high HIV-burden urban settings in Zambia and Western Cape, South Africa.

In the latest analysis, researchers combined modeling of HIV transmission to project costs and averted infections over a 17 year period, from the start of the trial until 2030.

The analysis revealed it is possible for a package of HIV prevention methods to be delivered through community health workers at scale for a low annual cost per person annually—equating to $6.53 in Zambia and $7.93 in South Africa (US Dollars).

The economics team integrated an individual-based model of HIV transmission with a cost-effectiveness analysis to project costs and averted infections until 2030. Using Disability Adjusted Life Years (DALY) – a measure linking the burden of disease in populations with the degree of illness, disability, and long-term survival—the team found the incremental cost-effectiveness ratio was $2,111 and $3,248 per HIV-infection averted and $593 and $645 per DALY averted in Zambia and South Africa, respectively. This means, for example, that it costs $593 to ‘buy’ one healthy life year with these interventions in Zambia.

Their models suggested a sustained reduction in HIV incidence with UTT delivered to 2030. Overall, their analysis showed that when comparing the benefits and costs, the intervention would be considered cost-effective implementing in settings with high HIV prevalence, compared to offering clinic-based HIV services only.

The researchers believe the findings from this study are critical for policy makers to determine whether the package of HIV prevention interventions delivered under PopART is cost-effective and affordable for their setting.

Professor Sarah Fidler, Professor of HIV and Communicable Diseases at Imperial and co-principal investigator of the PopART study, said: “The PopART study is the largest, randomized trial of universal test and treat program for HIV/AIDS which showed this approach reduces the number of new HIV infections. It continues to provide important insights into community-based strategies for the management and prevention of HIV-AIDS in high incidence communities.”

Professor Richard Hayes, Professor of Epidemiology and International Health at LSHTM, and principal investigator of the PopART trial said: “The trial results, published in the New England Journal of Medicine in July 2019, showed that the PopART combination prevention package reduced HIV incidence in the general population by around 20%.