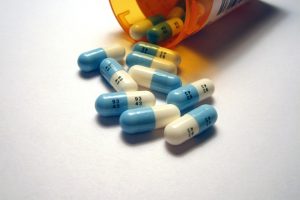 Allostery refers to the binding of a metabolite at a site other than the chemically active site of a protein. The existence of allosteric sites on receptor molecules has expanded potential drug mechanisms.

The first class of drugs to demonstrate allostery were the benzodiazepines, which are allosteric ligands for a neurotransmitter γ-aminobutyric acid (GABA) receptor.

Since then, many other allosteric ligands have been developed as drugs for a range of targets, including ion channels, kinases, caspases, coumadin warfarin pills G protein-coupled receptors, and phospholipases.

Some allosteric agonists bind both the orthosteric and the allosteric sites. These are called bitopic ligands.

Kinases are enzymes that phosphorylate other proteins. This phosphorylation often serves the purpose of cellular signaling. To carry out this activity, kinase binds to ATP via an ATP binding pocket which is highly conserved.

Allosteric agonists are allosteric ligands that activate the receptor in the absence of an endogenous ligand.

Bitopic ligands have two binding groups: one binds orthosterically and the other binds allosterically. Thus, it is able to target both orthosteric and allosteric binding sites on a single receptor.

Catherine Shaffer is a freelance science and health writer from Michigan. She has written for a wide variety of trade and consumer publications on life sciences topics, particularly in the area of drug discovery and development. She holds a Ph.D. in Biological Chemistry and began her career as a laboratory researcher before transitioning to science writing. She also writes and publishes fiction, and in her free time enjoys yoga, biking, and taking care of her pets.