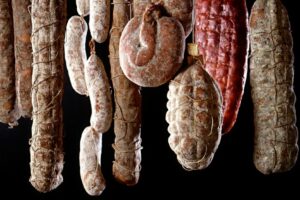 The Centers for Disease Control and Prevention announced an investigation into an outbreak of Salmonella that may be linked to Italian-style meats.

They reported 36 illnesses and 12 hospitalizations across 17 states and found that most people ate Fratelli Beretta brand uncured antipasto trays before they became ill, according to a release on Thursday.

This does not include Italian-style meats sliced at a deli.

No deaths have been reported.

The CDC is advising people not to eat Fratelli Beretta brand pre-packaged uncured antipasto trays, including uncured salami, prosciutto, coppa or soppressata. The trays were sold nationwide and have “best by” dates on or before Feb. 11, 2022.

The investigation is ongoing to determine if additional products are linked to illness. ABC News has reached out to Fratelli Beretta for comment, but has not heard back at this time.